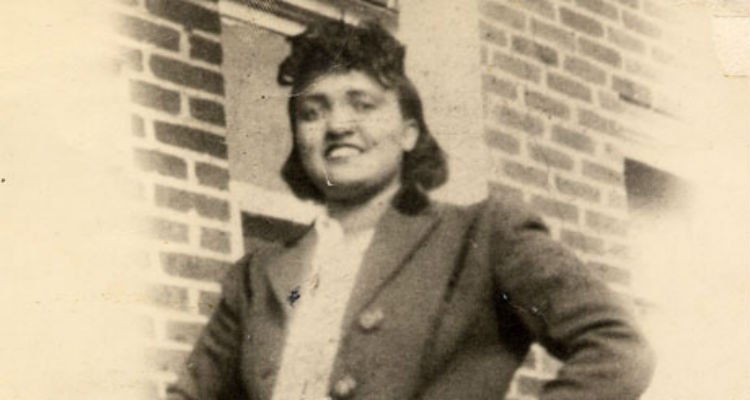 Henrietta Lacks, known as the Mother of Modern Science, is an African-American woman whose cancer cells became the world’s first immortal human cells. Lacks was born on August 18, 1920, in Roanoke, Virginia, and died of cervical cancer on October 4, 1951, at age 31. Her cells, which became known as the HeLa cells were cut from her cervix months before she died, without her consent, by doctors at the Johns Hopkins Hospital. The HeLa cells have been used extensively in medical research since the 1950s and formed the foundation for work leading to two Nobel prizes. The HeLa cells went up in the first space missions to see what would happen to human cells in zero gravity; and have helped with some of the most important advances in medicine, namely the polio vaccine, chemotherapy, cloning, gene mapping, and in vitro fertilization.

Henrietta Lacks was born Loretta Pleasant. At some point, she changed her name to Henrietta. After the death of her mother in 1924, Henrietta was sent to live with her grandfather in a log cabin that had been the slave quarters of a whyte ancestor’s plantation. Henrietta Lacks shared a room with her first cousin, David “Day” Lacks. In 1935, the cousins had a son they called Lawrence. Henrietta was 14. The couple had a daughter, Elsie, in 1939, and married in 1941. Henrietta and David moved to Maryland at the urging of another cousin, Fred Garret. There, they had three more children: David Jr., Deborah, and Joseph. They placed their daughter Elsie, who was developmentally disabled, in the Hospital for the Negro Insane.

On January 29, 1951, Lacks went to Johns Hopkins Hospital complaining of vaginal spotting.  She was diagnosed with cervical cancer which quickly consumed her body despite radiation treatment.  Henrietta’s life was cut short on October 4, 1951.

However, not all of Henrietta Lacks died that day. The cells from Lacks’s tumor made their way to the laboratory of researcher Dr. George Otto Gey. Gey noticed an unusual quality in the cells. Unlike most cells, which survived only a few days, Lacks’s cells were far more durable. Gey isolated and multiplied a specific cell, creating a cell line. He dubbed the resulting sample HeLa, derived from the name Henrietta Lacks.

The HeLa strain revolutionized medical research. The cells taken from her have been used in experiments all over the world and even in space. Jonas Salk used the HeLa strain to develop the polio vaccine, sparking mass interest in the cells. Scientists cloned the cells in 1955, as demand grew. They have been used in vitro fertilization, to study disease, and to test human sensitivity to new products and substances. Over ten thousand patents involving HeLa cells have been registered.

Henrietta’s cells were taken and used without her consent, and without her family knowing about it – even as the cells were used around the world in research. Henrietta’s husband, David Lacks, was told little following her death. Members of the Lacks family were kept in the dark about the existence of the tissue line. When its existence was revealed in two articles written in March 1976 by Michael Rogers, one in the Detroit Free Press and one in Rolling Stone, family members were confused about how Henrietta’s cells could have been taken without consent and how they could still be alive 25 years after her death. Even though Henrietta’s cells launched a multimillion-dollar industry that sells human biological materials, the family never saw any of the profits or that Henrietta received the recognition she deserves.

In 2010 the book, The Immortal Life of Henrietta Lacks, by Rebecca Skloot was published. The book documented the histories of both the HeLa cell line and the indignity of the family’s ordeal even as giant corporations profited hugely from Lacks’s cells. Before Skloot’s book was published, Lack’s story was little known. Now, not only is Lacks honored – she has had a school named after her – but her case is held up as a prime example of the abuse of medical ethics where getting consent from test subjects is now seen as a primary moral duty. There are plans that Oprah Winfrey and Alan Ball would develop a film project based on Skloot’s book.

In June 2013 Henrietta’s oldest son, Lawrence Lacks, and his wife, Bobbette, authored and published a short, first-person digital memoir, “Hela Family Stories: Lawrence and Bobbette,” available through www.helafamilystories.com. Lawrence shares his memories of his mother for the first time, and Bobbette discusses her struggle to save Henrietta’s orphaned children from an abusive situation. “HeLa Family Stories” marks the first time members of the Lacks family have authored their own stories.

Henrietta Lacks unknowingly, changed the medical and science world forever.  She has been called many things:  Immortal, Heroine of Modern Medicine, Medical Miracle, Wonder Woman, and the Mother of Modern Science.

Update: Since this blog was posted the family of Henrietta Lacks now has a say in how her cells will be used. The National Institutes of Health (NIH) made a privacy agreement with the Lacks family. Read more. In addition, the film, The Immortal Life of Henrietta Lacks was released in 2017.