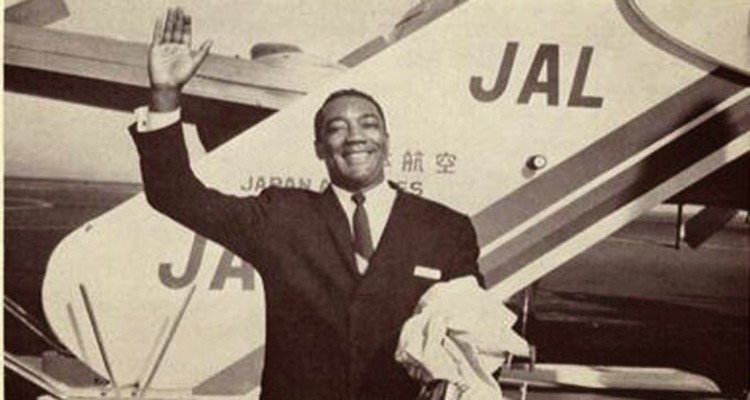 John McHenry Boatwright was one of the leading baritone-bass opera singers in America. Boatwright made numerous appearances as a recitalist, and a soloist with orchestras and on the opera stage. He sang for several Presidents at the White House, and was the recipient of several music prizes, among them two Marian Anderson Awards (1953 and 1954), and first place in the National Federation of Music Clubs competition.

Boatwright was born on Leap Day, February 29, in Tennille, Georgia, in 1928, the youngest son of Levi and Lillie Boatwright. His father, Levi, was a switchman in the rail yards in Tennille, and was out of work when the Great Depression struck in 1929.  His mother Lillie helped to support the family by  working as a cook in a private home. His siblings were Valeria, Annie,  Levi J., Ruth, and Grover.

By the age of seven, Boatwright’s interest in music had manifested itself in the sanctuary of St. James A.M.E. Church.  Recognizing his limited opportunities in the South as a talented piano player, Boatwright’s older sister asked him to come and join her.  So, Boatwright at the age of twelve left T.J. Elder school and moved to Boston.

Boatwright had to make a choice between high school and playing jazz music. He, therefore, chose the latter, but completed his school studies at night.  To pay for his tuition at the New England Conservatory of Music, he worked as a cab driver, elevator operator and other jobs.  Near the end of his studies at the conservatory, Boatwright decided to major in voice.  To pay for his voice lessons, he tutored other students in the art of singing.

Boatwright made his formal concert debut in 1956 in Boston. In 1958, he made his operatic debut with the New England Opera Theater in the role of Arkel in Debussy’s Pelleas et Melisande. He created the central role in the 1966 premiere of Gunther Schuller’s Visitation. He repeated the role at the Metropolitan Opera, when the opera made its debut. Boatwright sang the role of Crown in the first complete stereo recording of Gershwin’s Porgy and Bess, with the Cleveland Orchestra under Lorin Maazel.

-Hector Berlioz’s La damnation de Faust, with Donald Gramm and Suzanne Danco, with the Boston Symphony Orchestra under Charles Munch (1954)
-The Art of McHenry Boatwright – Spirituals
-The role of Crown in a 1963 Grammy award-winning disc of highlights from George Gershwin’s Porgy and Bess, with Leontyne Price, William Warfield and John W. Bubbles, conducted by Skitch Henderson
-Crown again in the first complete stereo recording of Porgy and Bess, with the Cleveland Orchestra under Lorin Maazel (1976).

For many years Boatwright was a voice teacher at Ohio State University, a post he gained through a letter of recommendation from Marian Anderson. At his death he was a Professor Emeritus in the university’s School of Music. He was the recipient of two Marian Anderson Awards.

Boatwright sang for several Presidents at the White House, including at Jimmy Carter’s 1977 inauguration.

In 1979 he became the second husband of Ruth Ellington (1915–2004), the sister and business manager of the late Duke Ellington. They had met when he sang at Duke Ellington’s funeral in 1974. Boatwright produced the Duke Ellington Sacred Concerts performed in New York and London in 1982.

John McHenry Boatwright died of cancer on November 5, 1994. He is buried in the Ellington Lot at Woodlawn Cemetery in the Bronx, New York.