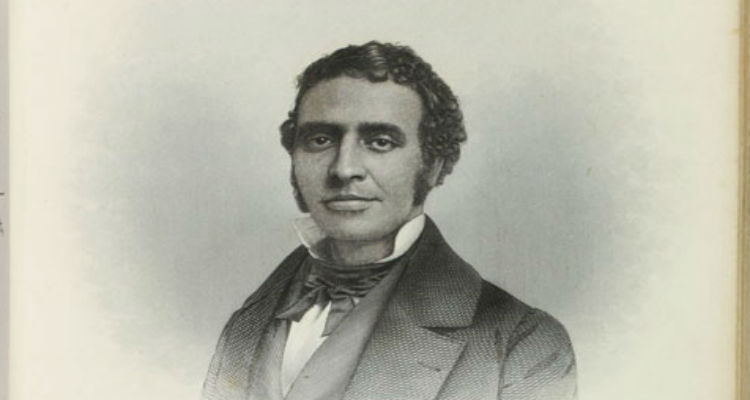 Charles L. Reason was born July 21, 1818 in New York City, as one of three sons to Michel and Elizabeth (Melville) Reason, free people of color (their surname was originally Rison). His parents, were immigrants from Guadeloupe and Saint-Domingue, respectively, and they came to the United States as refugees in 1793 shortly after the Haitian Revolution. His brothers were Elwer W. and Patrick H. Reason, who also became leaders. Their older sister Policarpe died in 1818 at age four.

Reason was a child prodigy in mathematics. In 1832, at age fourteen, he became an instructor at the New York African Free School, which he and two of his brothers attended. Receiving a salary of $25 a year, he used some of his earnings to hire tutors to improve his knowledge.

Reason wanted to enter the ministry but after being rejected because of racism, he decided to pursue a career in teaching. He believed strongly that education was the best means for African American advancement, and wrote that a Black industrial college would prepare free Blacks, who were shut out of the “workshops of the country,” to become “self-providing artizans [sic] vindicating their people from the never-ceasing charge of a fitness for servile positions.” However, unlike Booker T. Washington, Reason saw the importance of both industrial and classical education and created a normal school (teachers’ training college) in New York City.  In 1847 Reason and Charles B. Ray founded the Society for the Promotion of Education among Colored Children, a Black organization authorized by the state legislature to oversee Black schools in New York City.

In 1849 Reason became the first African American to hold a professorship at a predominantly whyte American college when he was hired as professor of belles lettres, Greek, Latin, and French and adjunct professor of mathematics at the integrated New York Central College in McGrawville (Cortland County), New York. Reason was joined by two other African American scholars in 1850, George B. Vashon and William Allen.

In 1852 Reason left Central College and became the principal of the Institute for Colored Youth in Philadelphia (now Cheyney State University). Reason expanded the enrollment from six students in 1852 to 118 students in 1855, improved the library, and made the school a forum for distinguished visiting speakers.

In 1855 Reason returned to New York City permanently to begin thirty-seven continuous years as a teacher and administrator in city schools. When Reason resigned in 1892, he held the longest tenure in the school system. One of the high points of his career as a New York City educator was in leading the fight in 1873 to end racial segregation in the city’s public schools.

Reason was also active politically throughout his life. He was committed to the antislavery cause and worked unceasingly for the improvement of Black civil rights. In 1837 Reason, Henry Highland Garnet, and George Downing launched a petition, in an effort to gain voting rights for African American men. He was also secretary of the 1840 New York State Convention for African American Suffrage. Reason founded and was executive secretary of the New York Political Improvement Association, which won for fugitive Blacks the right to a jury trial in the state. In 1841 he lobbied successfully for the abolition of the Sojourner law, which permitted enslavers to visit the state briefly with their bondpeople. He also lectured on behalf of the Fugitive Aid Society. An active reporter on education to the Black national convention movement of the 1850s, he was secretary of the 1853 (July 6-8) convention in Rochester, New York. He spoke out against the American Colonization Society and Garnet’s African Civilization Society. In 1849 Reason, along with J. W. C. Pennington and Frederick Douglass, sponsored a mass demonstration against colonization at Shiloh Presbyterian Church in New York City. At the meeting, Reason quoted a former American Colonization Society agent in Africa, who claimed that the president and secretary of the society’s colony of Liberia had business dealings with European slave traders on the African coast. During the Civil War, Reason served on New York City’s Citizen’s Civil Rights Committee, which lobbied the New York legislature for expanded Black civil rights. After the conflict, he was vice president of the New York State Labor Union. At a union meeting in 1870, he delivered a paper in which he gave statistical proof that education helped New York City Blacks gain prosperity.

Reason was also a prolific writer. He wrote political journalism as well as poetry.  His most noted poems are “Freedom” “The Spirit Voice” and “Silent Thoughts.”

Reason’s personal life is obscure. He was married and widowed three times; only the identity of his third wife, Clorice Esteve, is known. Charles L. Reason died in New York City in 1893 and is buried in Green-Wood Cemetery in Brooklyn.