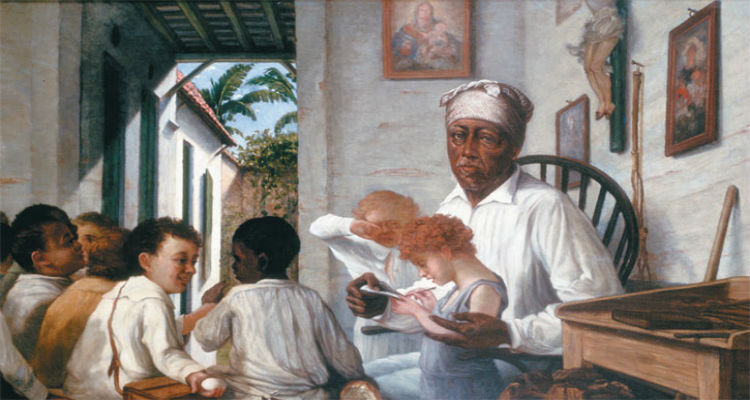 Rafael Cordero, known as “The Father of Public Education in Puerto Rico”, was a self-educated Puerto Rican who provided free schooling to children regardless of their race or social standing.

Cordero, who was born on October 24, 1790 in San Juan, was educated by his parents, as Black people at the time did not have the right to education, and his family could not afford to send him to a school.

In 1810, as an adult, he opened his own school and gave free classes to Black children who were unable to pay for a teacher. Cordero maintained his educational center for 58 years at Luna Street in San Juan. There he taught reading, calligraphy, mathematics and Catholic instruction. Eventually, even whyte families began sending their children to study under him. Some of his students would become leaders of the abolition of slavery in Puerto Rico including Román Baldorioty de Castro, Alejandro Tapia y Rivera and José Julián Acosta. However, Cordero himself did not preach abolitionist or revolutionary doctrines.

He was awarded the Premio de Virtud by La Sociedad Económica de Amigos del País, an economic club whose members were friends of Puerto Rico. He was given 100 pesos, which he in turn gave away to those in need. He used half of the money (50 pesos) to buy books and clothes for his students and the other half was given to the homeless.

The people’s love and respect for Cordero was evidenced by the fact that more than 2,000 people attended his funeral in 1868. Molina died on July 5, 1868. A few months before his death, he called on the state to complete the education of his last students.

In 2004, the Roman Catholic Church, upon the request of San Juan Archbishop Roberto González Nieves, began the process of Cordero’s beatification. This is the first step on the road to canonization. On December 9, 2013, Pope Francis advanced the sainthood of Cordero when he declared that Cordero lived the Christian virtues in a heroic way and is venerable.