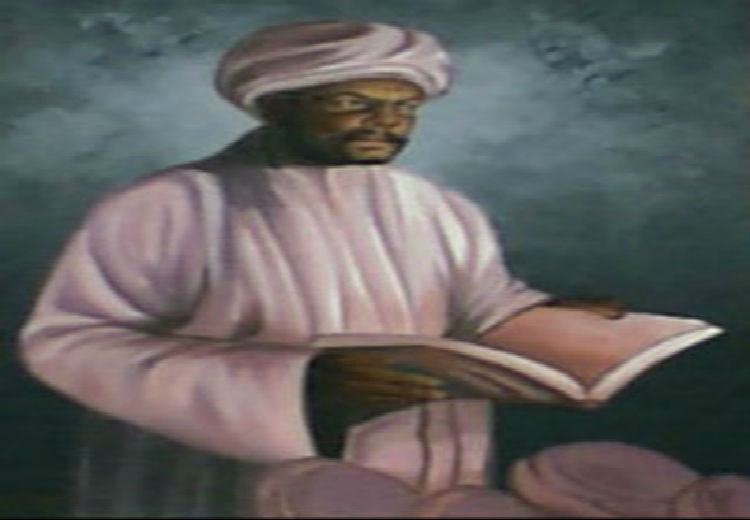 [dropcap size=small]A[/dropcap]hmed Baba was one of the greatest African scholars. Amongst the Songhai, he was known as the “The Unique Pearl of His Time”. According to John Henrik Clarke, “his life [was] a brilliant example of the range and depth of West African intellectual activity before the colonial era.”

Ahmed Baba was born on Oct. 26, 1556, in Arawān, near Timbuktu,  to the teacher, Ahmad bin al-Hajj Ahmad bin Umar bin Muhammed Aqit. He moved to Timbuktu at an early age, to study with his father. He eventually came under the tutelage of a great scholar known as Mohammed Abu Bekr, who would have a profound influence on his intellectual development. Ahmed Baba spoke highly of his professor as being “one of the best of God’s virtuous creatures” [and that] “his like will never be found again.” He wrote:

“He was a working scholar, and a man of instinct with goodness. His nature was as pure as it was upright… Calm and dignified, with a natural distinction and a modesty that rendered intercourse with him easy, he captured all hearts. Everyone who knew him loved him. His whole life was given to the service of others. He taught his pupils to love science, to follow its teachings, to devote their time to it, to associate with scholars, and to keep their minds in a state of docility. He lavishly lent his most precious books, rare copies, and the volumes that he most valued, and never asked for them again, now matter what was the subject of which they treated.”

In his undergraduate days, Ahmed Baba, asked Mohammed Abu Bekr to lend him a rare treatise on grammar. The great master-teacher gladly complied with his request and furthermore searched through his library for other books that would be of service to his pupil. Ahmed Baba remembered, “and he acted thus notwithstanding the fact that he had a passion for books, and that he collected them with ardor, both buying and causing them to be copied.”

Ahmed Baba’s was the last Chancellor of the University of Sankore, during the reign of Askia the Great.  The University of Sankore in Timbuktu enjoyed high prestige as the intellectual center of Africa and the educational capital of western Sudan, which at its height had 25,000 scholars. Its professors corresponded with and visited other universities in Morocco and Egypt. In contrast, Arab scholars were not always equal to the requirements of Sankore. The university offered courses in astronomy, mathematics, ethnography, medicine and surgery, botany, pharmacology, geometry, geography, chemistry, biology, law, art and music. “Art” was not only structure around creative endeavours but also involved practical training in manufacturing, building and other allied crafts. After the basic training, expertised was development through traditional apprenticeship in various craft guilds. 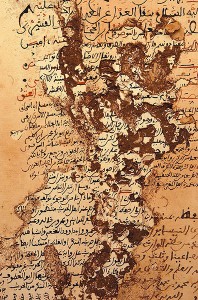 Professor Ahmed Baba was a biographer and historian, who authored more than forty books on different subjects. He wrote books on astronomy, ethnography and theology, as well as biography. He was in Timbuktu when it was invaded by the Moroccans in 1592, and he was one of the first citizens to protest the occupation of his beloved home town. Ahmed Baba, along with other scholars, was captured and eventually exiled to Morocco in chains. He was exiled with his entire family (1593 – 1608), and his extensive library was destroyed. He had a collection of 1,600 books, one of the richest libraries of his day.

When he arrived in Morocco he was imprisoned. However, due to his great reputation of being one of the greatest scholar of his days, the Arab scholars petitioned to have him released from jail. In a Moroccan text from the period, Ahmed Baba was praised as “the imam”, “the erudite, the high-minded, the eminent among scholars, Ai l-Abbas Ahmed Baba. He was released a year after his arrival on May 9, 1956.

“All the believers were greatly pleased with his release, and he was conducted in triumph from prison to the principal mosque of Marrakesh. A great many of the learned men urged him to open a course of instruction. His first thought was to refuse, but overcome by their persistence he accepted a post in the Mosque of the Kerifs and taught rhetoric, law, and theology. An extraordinary number of pupils attended his lectures and questions of the gravest importance were submitted to him by the magistracy, his decision always being treated as final.”

When Ahmed Baba was given an audience with the Sultan of Morocco, Al Mansur, he complained about the sultan’s lack of manners, the ill treatment he received during his arrest, and the destruction of Songhai. Ahmed Baba was also despaired about his library. He spoke to the Sultan about this stating, “I had the smallest library of any of my friend, and your soldiers took from me 1600 volumes.” Al Mansur “being unable to reply to [any of] this, put an end to the audience.”

Ahmed Baba was detained in Morocco for a total of 12 years. A fair amount of the work he was noted for was written while he was in Morocco, including his biography of Muhammad Abd al-Karim al-Maghili, a scholar and jurist responsible for much of the traditional religious law of the area.  Al-Maghili was responsible for converting to Islam the ruling classes among Hausa, Fulani, and Tuareg peoples in West Africa

Eventually Ahmed Baba received permission from Al Mansur’s successor to return to Songhai. Just before his departure across the desert, he vowed in the presence of the leading scholars of Marrakesh who had gathered to send him off, “May God never bring me back to this meeting, nor make me return to this country!” He returned to a devastated Timbuktu in 1608 and died there in 1627.

The only public library in Timbuktu, the Ahmed Baba Institute (which stores over 18,000 manuscripts) is named in his honor.

Source:
Introduction to African Civilizations by John G. Jackson
When We Ruled by Robin Walker
The Destruction of Black Civilization by Chancellor Williams

Glad to read about African civilization before colonial poisoning. It helps to get a better picture than the false ones presented to us.
Thank you