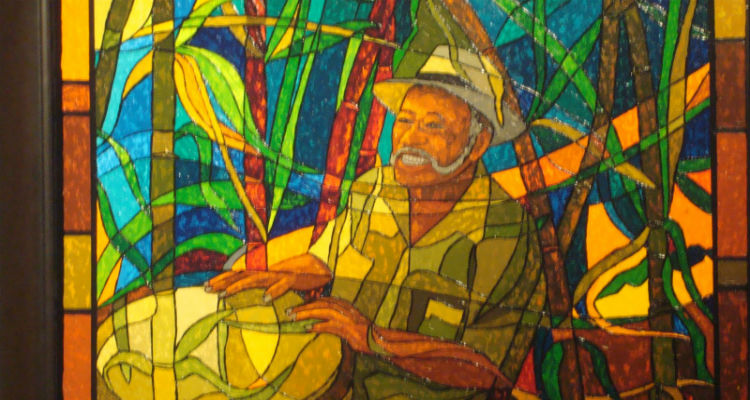 Rafael Cepeda Atiles is known as “The Patriarch of the Bomba and Plena.” He was the patriarch of the Cepeda family, known internationally as the exponents of Afro-Puerto Rican folk music. 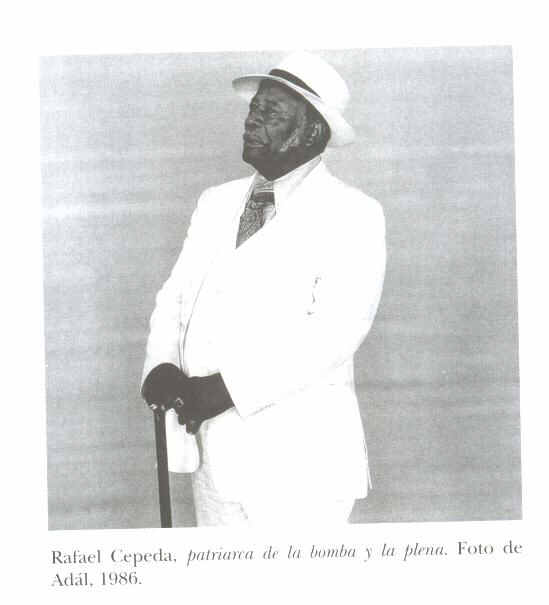 Cepeda was born on July 10, 1910 in Puerto Rico, to Modesto Cepeda and Leonor Atiles, into a family who passed the traditional dances of Bomba and Plena from generation to generation. The Bomba is a music, rhythm, and dance that was brought to Puerto Rico by the enslaved West African. The Plena is another form of folkloric music of Puerto Rico of African origin and is very similar to Calypso, Soca, and Dance hall music from Trinidad and Jamaica. Bomba consists of two percussions (barrel-shaped drums), a single maraca, and a pair of sticks. Plena was used to retail the accounts of the day, almost like a newspaper.

According to Cepeda, he was born while his mother Leonor was in the middle of a Bomba dance. He attended San Augustin Catholic School until the 8th grade in San Juan. After finishing 8th grade he took up amateur boxing and worked as a carpenter. During his free time, he continued to practice dancing the Bomba and Plena.

In 1932, Cepeda married Caridad Brenes Caballero, a Bomba and Plena dancer. Together they had ten children. Cepeda decided to form a folkloric dance group with the help of his wife Caridad who would be the group’s choreographer and the designer of the traditional costumes. In 1940, his first group, called “ABC”, made their artistic debut in the local radio show of Rafael Quiñones Vidal “Tribuna del Arte” (Art Tribune).

In 1957, Cepeda formed a second folkloric group which he called “Grupo Folklorico Trapiche”. This group held shows in all of the major hotels of the island and participated in the following three movies: “Carnaval en Puerto Rico” (1961) (Carnival in Puerto Rico), “Felicia” (1963) and “Mientras Puerto Rico duerme” (1964) (While Puerto Rico sleeps). In 1973, members of the family which included his children formed the “Ballet Folklorico de la Familia Cepeda” (The Folkloric Ballet of the Cepeda Family). This new group gained international fame and participated in the 1975 film “Mi Aventura en Puerto Rico” (My Adventure in Puerto Rico). The group which became a Puerto Rican institution has made presentations in the United States, South and Central America, Europe, and Asia. The Government of Puerto Rico named Cepeda “The Patriarch of the Bomba and Plena” in recognition of his contributions to the island’s African musical culture.

Rafael Cepeda died from a heart attack on July 21, 1996, in the city of Carolina, Puerto Rico. He was buried with his wife in the Cemetery of Villas Palmeras which now bears his name.

Among the many awards and recognitions bestowed upon Rafael Cepeda are the National Heritage Fellowship Award (1983) from the National Endowment for the Arts of the Smithsonian Institution, and a certificate of recognition from the then President of the United States Ronald Reagan.