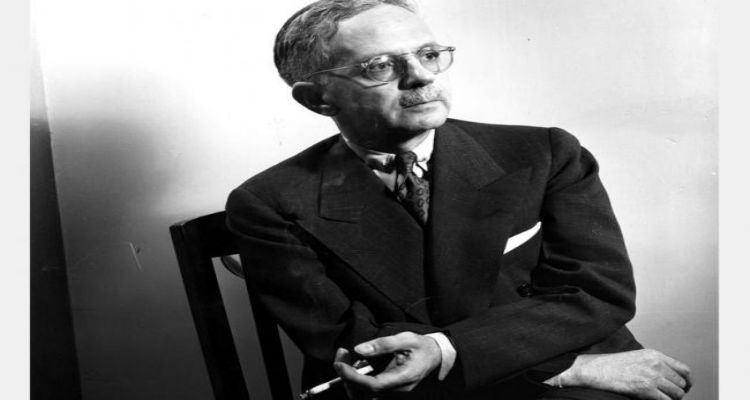 “I am a Negro. My skin is white, my eyes are blue, my hair is blond. The traits of my race are nowhere visible upon me… I am not [whyte]. There is nothing within my mind and heart which tempts me to think I am.” 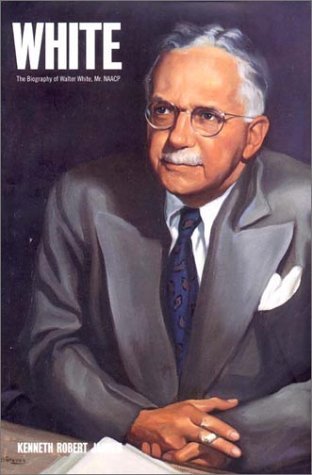 Walter Francis White was an African-American civil rights activist. White had blond hair, blue eyes, and a pale complexion, and could easily have “passed” for whyte, but he embraced his African-American heritage and fought to end the discrimination against African Americans. As a member of the National Association for the Advancement of Colored People (NAACP), White used his complexion to investigate over 41 lynchings as well as 8 race riots. He later becomes the head of the NAACP for 24 years, leading the organization to a position of undeniable political power. He increased the members of the NAACP to 500,000.  White was also a journalist, novelist, and essayist.  Molefi Kete Asante listed White on his list of 100 Greatest African Americans.

White was born in Atlanta, Georgia, on July 1, 1893, one of seven children. His father, George W. White, a postal worker, graduated from Atlanta University and his mother, Madeline, a teacher, graduated from Clark University. While both parents had been born into the Maafa (Atlantic slavery), the family was part of a new black middle class in the south, and White was able to attend Atlanta Preparatory School and Atlanta University. After graduation in 1916 he became an insurance salesman with a job at the Standard Life Insurance Company, one of the largest and most successful African American businesses of the era. Intent on a business career, he also started a financial and real estate investment company.

During this period, White took an interest in civil rights. He became active in the local chapter of the National Association for the Advancement of Colored People (NAACP), a few years after its organization. James Weldon Johnson, then executive secretary of the NAACP, impressed by the young man, hired him in 1918 as assistant secretary and brought him to New York. 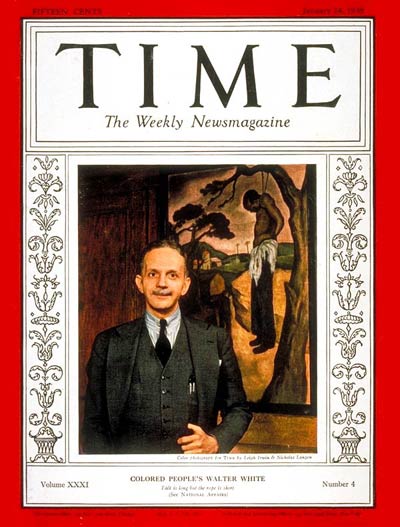 Investigating the notorious race riots in Elaine, Ark., in 1919, in which three whites and 200 Negroes were killed, he posed as a reporter for The Chicago Daily News. He interviewed some of the seventy-nine Negro men imprisoned, some lynchers, and even the Governor of the state, before escaping on a train one jump ahead of a mob that had discovered his identity.

White published his findings in a number of leading journals, including the Nation, the New Republic, the Chicago Defender, and the New York Herald-Tribune, in addition to the NAACP magazine The Crisis. Among the more notorious events he investigated were the 1918 lynching of Mary Turner in Valdosta, Georgia, nine months pregnant at the time of her murder.

White also became an accomplished author of longer-form works and played an important part in the emergence of the Harlem Renaissance, or “New Negro” cultural awakening of the 1920s. Mr. White traveled 1,000,000 miles, including two trips around the world, lecturing and investigating racial discrimination. He made perhaps 10,000 public speeches, wrote and published six books (including two novels), a hundred articles for national magazines, and for years wrote two weekly columns, one syndicated in Negro newspapers and the other in white papers. His social network was large, influential, and multi-racial, and included publisher Alfred A. Knopf among others. He also supported the work of other significant black writers and artists of the era, including Paul Robeson, Langston Hughes, and Marian Anderson. In 1922, White married Gladys Powell, whom he met at the NAACP where she was a clerical worker. They would eventually have two children.

White succeeded outgoing secretary James Weldon Johnson in 1929, becoming the head of the NAACP. During his tenure as secretary, he focused the organization’s tactics on direct political, legislative, and legal action, supported by successful efforts to enlist the support of white liberals, with enduring impact on the strategies and techniques of the overall civil rights movement. Significant achievements under his direction included a successful lobbying campaign in 1930 to defeat the U.S. Supreme Court nomination of an avowed opponent of black suffrage, and political campaigns against senators who voted to confirm. During the 1930s, White succeeded in enlisting the support of a majority of the House and Senate for federal anti-lynching legislation, ultimately defeated by a filibuster by southern senators. A growing friendship with First Lady Eleanor Roosevelt was evidence of White’s stature among Washington’s political elite. In 1946, he persuaded President Truman to create a presidential civil rights commission, which released its seminal report, To Secure These Rights, the following year. Also in 1947, White convinced Truman to speak at the NAACP’s annual meeting, the first time a president had addressed the organization. White also supervised the NAACP’s early legal strategies, which eventually came under the direction of Thurgood Marshall and the NAACP Legal Defense Fund.

White and his wife divorced in 1948. The following year, he married a white magazine editor, Poppy Cannon, an event that generated substantial controversy within the NAACP and for many African Americans. White, an integrationist, defended his action as a matter of personal choice and was supported during the ensuing political turmoil by NAACP board member Eleanor Roosevelt. While he survived with his position intact, staff member Roy Wilkins assumed most of his administrative duties, leaving White to focus on his strengths as a spokesperson for the organization for the balance of his career.

After several years of worsening health, White died of a heart attack in New York in 1955.

He was inducted into the Georgia Writers Hall of Fame in 2009 and honored that year with a U.S. Postal Service stamp as part of the Civil Rights Pioneers series.

He is remembered for his essential role in the development of the NAACP, enlisting broad support from both whyte and black Americans, and creating the legal and political tools needed for effective action.