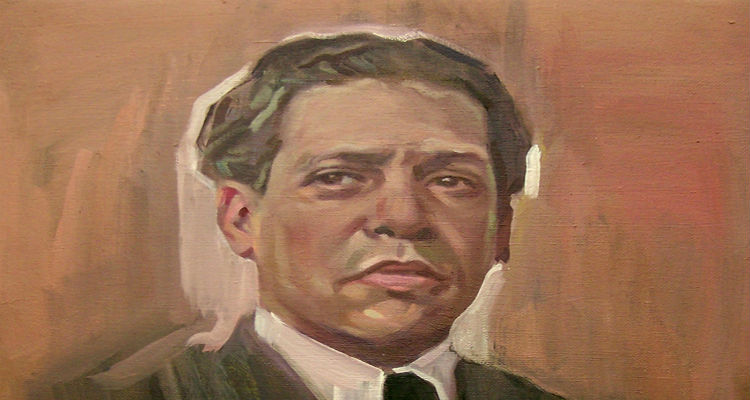 Nicolás Cristóbal Guillén Batista was a Cuban poet, journalist, political activist, and writer. A leading figure of “poesia égra” (“black poetry”), and an influential campaigner for social justice, he is best remembered as the national poet of Cuba. His work examines what it was like to be poor and black in Cuba. His awards included the Stalin Peace Prize in 1954, the 1976 International Botev Prize, and in 1983 he was the inaugural winner of Cuba’s National Prize for Literature. 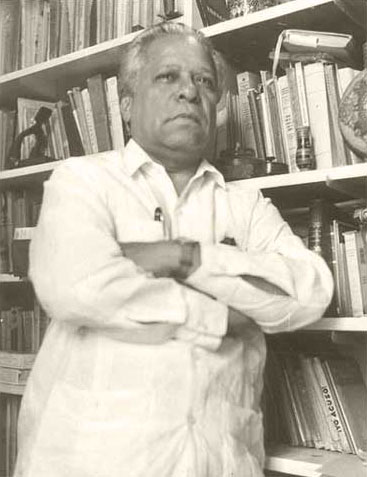 Nicolás Guillén Batista was born July 10, 1902, in Camagüey, Cuba, the eldest of six children (three boys and three girls) of Argelia Batista y Arrieta and Nicolás Guillén y Urra, both of whom were of mixed-race, African-European descent. Guillén y Urra had fought for independence as a lieutenant, and worked as a journalist for one of the new local papers. Guillén y Urra belonged to the Partido Libertad and founded the daily newspaper, La Libertad, to express its views. Government forces assassinated Guillén’s father for protesting against electoral fraud and destroyed his printing press, where he and a brother were already working. After his father’s death, his mother struggled financially. Guillén and his siblings encountered discriminatory racism in Cuba similar to that suffered by African Americans in the Southern United States.

Guillén read widely during his youth and abandoned law studies at the University of Havana in 1921 to concentrate on writing poetry. His poetry was published in various magazines from the early 1920s. Guillén drew from his mixed African and Spanish ancestry and education to combine his knowledge of traditional literary form with firsthand experience of the speech, legends, and songs of Afro-Cubans in his first volume of poetry, Motivos de son (1930). It was soon acclaimed as a masterpiece and widely imitated. This first collection was also strongly influenced by his meeting that year with the African-American poet, Langston Hughes.

During the following years, Guillén became more outspoken politically. No longer satisfied with mere picturesque portrayal of the daily life of the poor, he began to decry their oppression in the volumes Sóngoro cosongo (1931) and West Indies Ltd. (1934). The poems of Cantos para soldados y sones para turistas (1937; “Songs for Soldiers and Sones for Tourists”) reflect his growing commitment; that year Guillén went to Spain to fight with the Republicans in the Spanish Civil War. From this experience came the poems collected in España (1937; “Spain”).

Guillén returned to Cuba after the defeat of the Spanish Republic, joined the Communist Party, and continued to speak out for social and political reform. He became recognized by many critics as the most influential of those Latin American poets who dealt with African themes and re-created African song and dance rhythms in literary form. He was arrested several times and was exiled from Cuba during the regime of Fulgencio Batista in the 1950s. Guillén returned after the successful Cuban revolution of 1959. From 1961 he served more than 25 years as president of the Unión Nacional de Escritores de Cuba, the National Cuban Writers’ Union.

He continued to treat themes of revolution and social protest in such later volumes of poetry as La paloma de vuelo popular: Elegías (1958; “The Dove of Popular Flight: Elegies”) and Tengo (1964; “I Have”). A bilingual edition of his selected poems, Man-making Words: Selected Poems of Nicolas Guillén, was published in 1975. In 1994 another bilingual edition appeared: Nueva poesia de amor: En algun sitio de la primavera, or New Love Poetry: In Some Springtime Place.