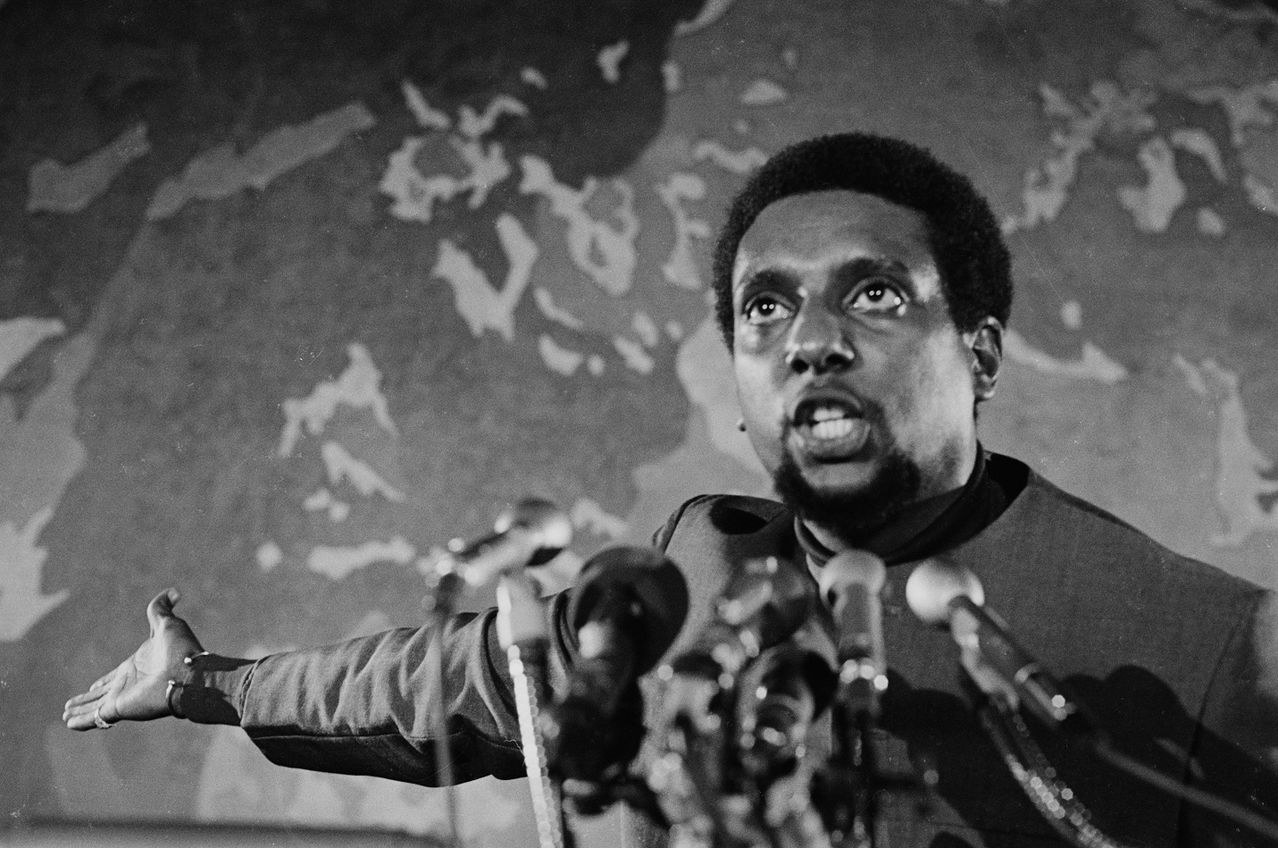 “Our grandfathers had to run, run, run. My generation’s out of breath. We ain’t running no more.” ~ Kwame Ture (Stokely Carmichael)

Stokely Carmichael was in Trinidad and raised by his grandmother after his parents moved to the United States for greater economic opportunity. He moved to Harlem at the age of eleven. Carmichael was a dedicated student and was selected to enroll in the “highly competitive, elite” mostly whyte Bronx High School of Science. He decided to forego scholarships to elite universities and would instead enroll at Howard University in 1960, with the short-lived intent of becoming a doctor. He became active in Howard’s Nonviolent Action Group and joined the Freedom Riders before the end of his first year in college, marking the beginning of a long life of civil rights activism.

Carmichael became chairman of the Student Nonviolent Coordinating Committee (SNCC) in 1966, but they cut ties with him when he began to advocate “Black Power”. Later his work on the “Free Huey” campaign led to him being named the Honorary Prime Minister of the Black Panthers; however he soon broke with the Panthers due to differing ideologies.

Carmichael spent the last decades of his life abroad, denouncing U.S. racism and imperialism while working to build the All African Peoples Revolutionary Party. He changed his name to Kwame Ture in 1968, in honor of his friends and political allies, Pan-African leaders Sekou Toure and Kwame Nkrumah. In Africa, he had his first marriage to Miriam Makeba, the South African singer. He had a second marriage to Marliatou Barre that produced a son, Boabacar Biro. In 1969 Ture settled permanently in Conakry, Guinea where he died at the age of 57 of prostate cancer on November 15, 1998.