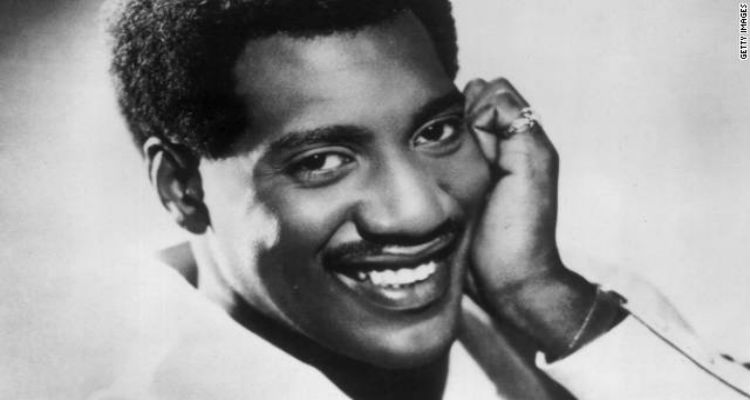 Otis Redding is considered one of the greatest singers in the history of American popular music and a seminal artist in Soul and R&B. Known as the King of Soul, Redding left behind a legacy of recordings made during the four-year period from his first sessions for Stax/Volt Records in 1963 until 1967. He earned over $600,000 in the last year of his life and owned a 300 acre ranch in central Georgia and a private plane. Redding remained connected with his Southern roots, helping to establish local scholarship funds and participating actively in the Stax “Stay in School” project.

Ironically, although he consistently impacted the R&B charts beginning with Pain In My Heart in 1964, his highest charting song reached #21 on the pop Top Forty until the posthumous release of (Sittin’ On) The Dock of the Bay. That landmark song, recorded just four days before Redding’s death, went to #1 and stayed there for four weeks in early 1968.

Redding was born on September 9, 1941, in Dawson, Georgia. His family moved to Macon when he was five years old. At an early age, Redding sang in the Vineville Baptist Church choir and learned guitar and piano. From age 10, he took drum and singing lessons. At Ballard-Hudson High School, he sang in the school band. Every Sunday he earned $6 by performing gospel songs for Macon radio station WIBB.

At age 15, Redding left formal schooling in order to work and help financially support his family because his father had contracted tuberculosis and so was hospitalized, leaving his mother as the family’s primary income earner. Redding later worked as a well digger, a filling (gas) station attendant and guest musician in the ensuing years.

Redding’s breakthrough came in 1958 when he joined Johnny Jenkins and the Pinetoppers, and would also sing at the “Teenage Party” talent shows sponsored by local celebrity disc jockey King Bee, Hamp Swain, on Saturday mornings initially at the Roxy Theater and later at the Douglass Theatre in Macon. The cash prize was $5. After winning 15 times straight, he was no longer allowed to compete.

Redding drove Johnny Jenkins to Memphis, for a recording session in October 1962 at Stax Records. At the end of the session, Stax co-owner Jim Stewart allowed Redding to cut a couple of songs with the remaining studio time. The first was Hey Hey Baby, which Stewart thought sounded too much like Little Richard. The second was These Arms of Mine, featuring Jenkins on piano. Stewart signed Redding and released These Arms of Mine, with Hey Hey Baby on the B-side. The single was released on Volt on October 1962, but charted in March the following year. It became one of Redding’s most successful songs, selling more than 800,000 copies. After nine months, he was invited to perform at the Apollo Theatre for a live recording and would go on to showcase his dance movements with “Shake” and “Satisfaction.”

These Arms of Mine and other songs from the 1962–1963 sessions were included on Redding’s debut album, Pain in My Heart.

Redding’s second studio album, was The Great Otis Redding Sings Soul Ballads, released in March 1965. It featured songs such as Chained And Bound, Come To Me and That’s How Strong My Love Is. Around 1965, Redding co-wrote I’ve Been Loving You Too Long with the Impressions lead singer Jerry Butler. That summer, Redding arranged new songs for his next album. Ten of the eleven songs were written over 24 hours during July 9–10 in Memphis. Two songs, Ole Man Trouble and Respect, had been finished earlier during the Otis Blue session. Respect and I’ve Been Loving You were later recut in stereo. The album, entitled Otis Blue: Otis Redding Sings Soul, was released in September 1965.

In late 1966, Redding returned to the Stax studio. At this session he recorded tracks including Try a Little Tenderness. Originally written by Jimmy Campbell, Reg Connelly and Harry M. Woods in 1932, the song had previously been covered by Bing Crosby and Frank Sinatra, and the publishers unsuccessfully tried to stop Redding from recording the song from a “[ Black] perspective’. Today Try a Little Tenderness is often considered his signature song.

After years of ambition and drive, Otis Redding’s sacrifices paid off. He appeared throughout the United States, Canada, Europe, and the Caribbean. Redding was one of the first soul artists to perform in the western United States. His performance received critical acclaim, including positive press in the Los Angeles Times and he penetrated mainstream popular culture. His concert tours were among the biggest box office smashes of any touring performer during his time. He was nominated in three categories by the National Academy of Recording Arts & Sciences (NARAS) for recordings he made during 1967. Redding’s success allowed him to buy a 300-acre (1.2 km2) ranch in Georgia, which he called the “Big O Ranch.”

In early December 1967, Redding again recorded at Stax. One new song was (Sittin’ On) The Dock of the Bay, which was written with Steve Cropper while they were staying with their friend, Earl “Speedo” Sims, on a houseboat in Sausalito. Redding was inspired by the Beatles album Sgt. Pepper’s Lonely Hearts Club Band and tried to create a similar sound against the label’s wishes. Redding wanted to expand his musical style and thought it was his best song and correctly believed it would top the charts. Redding whistled at the end, either forgetting Cropper’s “fadeout rap”, or paraphrasing it intentionally.

1968 was destined to be the greatest year of his career with appearances slated at such locations at New York’s Philharmonic Hall and Washington’s Constitution Hall. Redding was booked for several major television network appearances including The Ed Sullivan Show and The Smothers Brothers Show.

However, on December 10, 1967, Redding and four members of his band, the Bar-Keys, were killed after their chartered plane crashed into a Wisconsin lake. Redding died just three days after recording The Dock of the Bay.

The cause of the crash was never determined. James Brown claimed in his autobiography The Godfather of Soul that he had warned Redding not to fly in the plane.

Aretha Franklin stated, “I heard it on the TV. My sister Caroline and I stopped everything and stayed glued to the TV and radio. It was a tragedy. Shocking.” Other victims were pilot Richard Fraser, drummer Matthew Kelly, lead guitarist of the Bar-Kays Jimmy King, tenor saxophonist Phalon Jones, organist Ronnie Caldwell and drummer Carl Cunningham.

Redding’s body was recovered the next day when the lake bed was searched.

The family postponed the funeral from December 15 to 18 so that more could attend. The service took place at the City Auditorium in Macon. More than 4,500 people came to the funeral, overflowing the 3,000-seat hall. Redding was entombed at his ranch in Round Oak, about 20 miles (32 km) north of Macon. On November 8, 1997, a memorial plaque was placed on the lakeside deck of the Madison convention center, Monona Terrace.

He was survived by his wife, Zelma and three children, Otis III, Dexter and Karla. Otis, Dexter and cousin Mark Lockett later founded The Reddings, a band managed by Zelma. Zelma is the executrix over the Redding Estate where she, along with Karla, manages daily requests for songs in commercials, music sampling, the use of Otis’ name and image, the Otis Redding Memorial Fund and the Scholarship Foundation.

(Sittin’ On) The Dock of the Bay was released in January 1968 and became Redding’s only single to reach number one on the Billboard Hot 100, and the first posthumous number-one single in US chart history. It sold approximately four million copies worldwide and received more than eight million airplays. The album The Dock of the Bay was the first posthumous album to reach the top spot on the UK Albums Chart.

Otis Redding has been called the “King of Soul”, an honorific also given to James Brown and Sam Cooke. He remains one of the genre’s most recognized artists. His lean and powerful style exemplified the Stax Sound, and gave Stax a new identity; he was said to be its “heart and soul.”