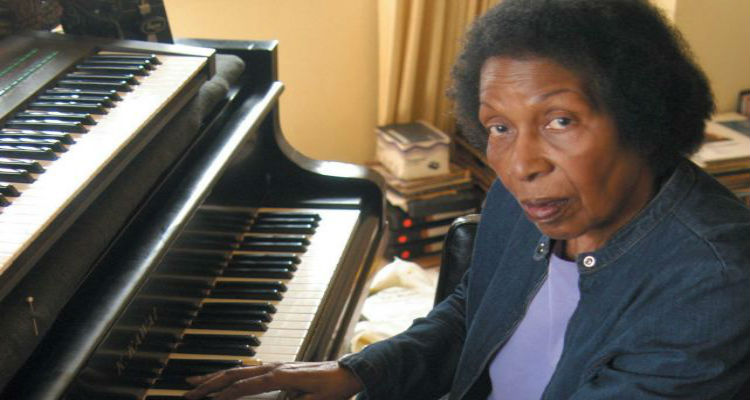 Mari Evans was an African-American poet, writer, and dramatist, whose work has appeared in more than one hundred anthologies. Evans was “often considered a key figure of the Black Arts Movement” and among the most influential of the twentieth century’s Black poets. She is best known for her poem, I Am a Black Woman.

Mari Evans was born on July 16, 1923 in Toledo, Ohio. She was very young when her mother died, and she was subsequently encouraged in her writing by her father, as she recalls in her essay “My Father’s Passage” (1984). She attended local public schools before going on to the University of Toledo, where she majored in fashion design in 1939, though left without a degree. She began a series of teaching appointments in American universities beginning with Indiana University-Purdue, where she taught courses in African-American Literature. Evans also taught at Cornell, Northwestern, Washington University in St. Louis, Spelman College, the University of Miami at Coral Gables, and the State University of New York at Albany.

From 1968 to 1973, she produced, wrote and directed the television program The Black Experience for WTTV in Indianapolis. She received an honorary degree from Marian College in 1975.

She is also the author of the plays Eye (a 1979 adaptation of Zora Neale Hurston’s Their Eyes Were Watching God) and River of My Song (first produced in 1977). She also edited the Black Women Writers (1950–1980): A Critical Evaluation.

Evans also wrote children’s books that concentrated on black history and culture for the younger population. The most important of her countless awards for writing came in 1981 when she received the National Endowment for the Arts Creative Writing Award. Evans’ impact on Africa was reflected in 1997 when the Ugandan government issued a commemorative postage stamp in her honor.

Evans, who was divorced and the mother of two sons, and led a quiet life in Indianapolis died on March 10, 2017, at the age of ninety-seven.

Spell It With a Capital by Ida B. Wells Barnett