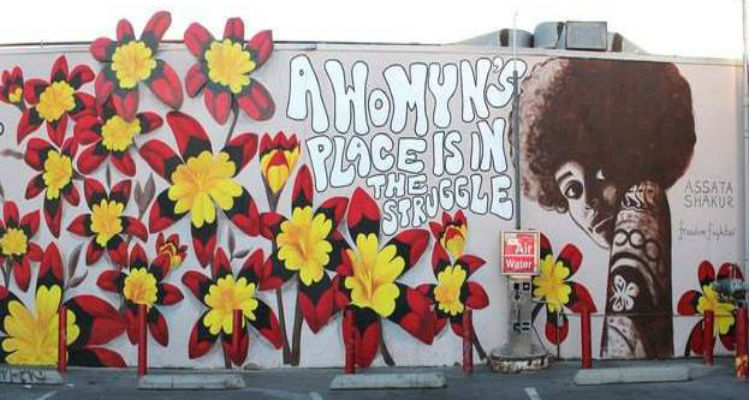 2. “We had to learn that we’re beautiful. We had to relearn something forcefully taken from us. We had to learn about Black power. People have power if we unite. We learned the importance of coming together and being active”

4. “Don’t you know that slavery was outlawed?”
“No,” the guard said, “you’re wrong. Slavery was outlawed with the exception of prisons. Slavery is legal in prisons.”
I looked it up and sure enough, she was right. The Thirteenth Amendment to the Constitution says:
“Neither slavery nor involuntary servitude, except as a punishment for crime whereof the party shall have been duly convicted, shall exist within the United States, or any place subject to their jurisdiction.”
Well, that explained a lot of things. That explained why jails and prisons all over the country are filled to the brim with Black and Third World people, why so many Black people can’t find a job on the streets and are forced to survive the best way they know how. Once you’re in prison, there are plenty of jobs, and, if you don’t want to work, they beat you up and throw you in a hole. If every state had to pay workers to do the jobs prisoners are forced to do, the salaries would amount to billions… Prisons are a profitable business. They are a way of legally perpetuating slavery. In every state more and more prisons are being built and even more are on the drawing board. Who are they for? They certainly aren’t planning to put white people in them. Prisons are part of this government’s genocidal war against Black and Third World people.”

5. “Nobody in the world, nobody in history, has ever gotten their freedom by appealing to the moral sense of the people who were oppressing them.”

6. “While big corporations make huge, tax-free profits, taxes for the everyday working person skyrocket. While politicians take free trips around the world, those same politicians cut back food stamps for the poor. While politicians increase their salaries, millions of people are being laid off. I do not understand a government so willing to spend millions of dollars on arms, to explore outer space, even the planet Jupiter, and at the same time close down day care centers and fire stations.”

7. “A revolutionary woman can’t have no reactionary man.”

8. “Schools in amerika are interested in brainwashing people with amerikanism, giving them a little bit of education, and training them in skills needed to fill the positions the capitalist system requires. As long as we expect amerika’s schools to educate us, we will remain ignorant.”

9. “I have advocated and I still advocate revolutionary change.”

10. “Dreams and reality are opposites. Action synthesizes them.”