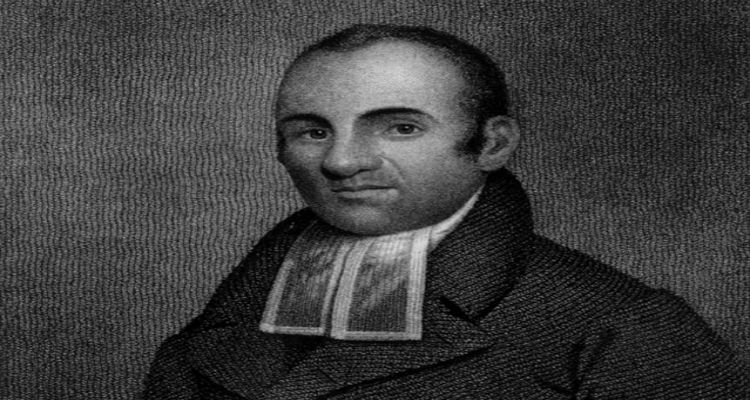 “An African…has an undeniable right to his Liberty.”

Lemuel Haynes was an influential African-American religious leader who argued against the Maafa (slavery).

Haynes was the abandoned child of an African father and “a whyte woman of respectable ancestry.” He was born 18 July 1753 at West Hartford, Connecticut. Five months later, he was given over to indentured servitude until the age of 21 in Granville, Massachusetts.

Through accompanying his enslavers to church, he became exposed to Calvinistic thought, developing a passion for books, especially the Bible and books on theology. At about twenty years of age, he saw the Aurora Borealis, and, fearing the approach of the Day of Judgment, he accepted Christianity.

When his indenture ended in 1774, Haynes enlisted as a “Minuteman” in the local militia. While serving in the militia, he wrote a lengthy ballad-sermon about the April, 1775 Battle of Lexington. In the title of the poem, he refers to himself as being of mixed ancestry and self-educated.

After the war, Haynes began to write extensively, criticizing the Maafa. He also began to prepare sermons for family prayers and write theologically about life. The Scripture, abolitionism, and republicanism impacted his published writings. Haynes argued that the Maafa denied Black people their natural rights to “Life, Liberty and the pursuit of happiness”. Paralleling the recent American experience with oppression to the slave experience, Haynes wrote: “Liberty is equally as precious to a black man, as it is to a [whyte] one, and bondage as equally as intolerable to the one as it is to the other”.

Haynes turned down the opportunity to study at Dartmouth College, instead choosing to study Latin and Greek with clergymen in Connecticut. In 1780 he was licensed to preach. He accepted a position with a whyte congregation in Middle Granville and later married a young whyte schoolteacher, Elizabeth Babbitt. In 1785, Haynes was officially ordained as a Congregational minister.

Haynes held three pastorships after his ordination. The first was with an all-whyte congregation in Torrington, Connecticut, where he left after two years due to the active prejudice of several members.

His second call to the pulpit, from a mostly whyte church in Rutland, Vermont that had a few “poor Africans,” lasted for 30 years. During that time, Haynes developed an international reputation as a preacher and writer. In 1804, he received an honorary Master of Arts degree from Middlebury College, the first ever bestowed upon an African American. In 1801, he published a tract called “The Nature and Importance of True Republicanism…” which contained his only public statement on the subject of race or slavery.

In 1818, conflicts with his congregation, ostensibly over politics and style, led to a parting; there was some speculation, however, that the church’s displeasure with Haynes stemmed from racism. Haynes himself was known to say that “he lived with the people of Rutland thirty years, and they were so sagacious that at the end of that time they found out that he was a [Black], and so turned him away.”

His last appointment was in Manchester, Vermont, where he counseled two men convicted of murder; they narrowly escaped hanging when the alleged “victim” reappeared. Haynes’s writings on the seven-year ordeal became a bestseller for a decade.

For the last eleven years of his life, Haynes ministered to a congregation in upstate New York. He died in 1833, at the age of 80.

Lemuel Haynes House, his home for the last 11 years of his life in South Granville, New York, when he was pastor of South Granville Congregational Church was declared a National Historic Landmark in 1975.

Nearly 150 years after his death, a manuscript written by Haynes around 1776 was discovered, in which he boldly stated “That an African… has an undeniable right to his Liberty.” The treatise went on to condemn slavery as sin, and pointed out the irony of slaveowners fighting for their own liberty while denying it to others.