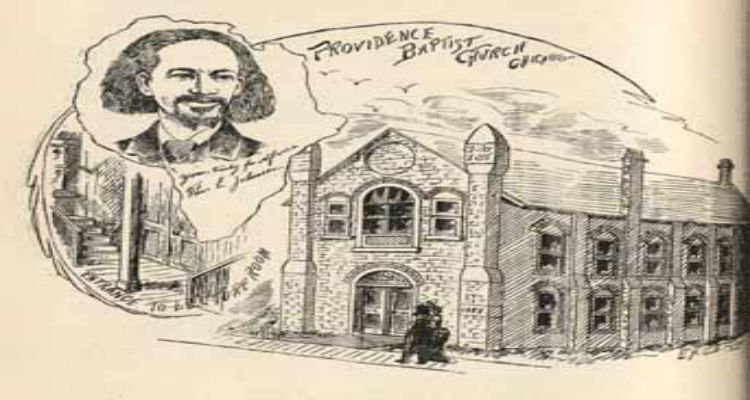 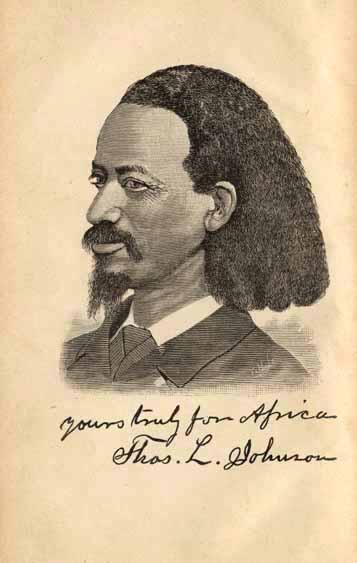 Thomas Johnson was born enslaved at Rock Raymon, Virginia. Johnson spent the first twenty-eight years of his life—until the end of the American Civil War—in the Maafa (slavery) to a family named Brent. After emancipation, Johnson became a Baptist minister and traveled to Africa and England to convert others to Christianity.

Johnson’s grandfather had been brought to America from Guinea, Africa. According to his mother, Thomas Johnson was born August 7, in 1836. The names of his parents are unknown; his mother was enslaved and his father was a free Black man of mixed heritage (one-eighth black). In 1839 his father attempted to purchase his freedom as well as the freedom of his mother, but Brent refused to sell them.

When he was just 3 years old, Johnson was forced to leave his mother and move to Alexandria, Virginia. It wasn’t until he was 9 years old that he saw his mother again. Despite the fact that it was illegal for bondpeople to educate each other in any way, Johnson’s mother taught him all that she knew, which consisted of the Lord’s Prayer, the English alphabet, and how to count to one hundred. However, this meager education only whetted Johnson’s appetite for knowledge, and as he grew up, he became increasingly interested in Christianity: “I used to think how nice it must be in heaven, “no slaves, all free, and God would think as much of the black people as he did of the [whyte].”

At Brent’s death, Johnson was deeded to his son Arthur Lee Brent, but was then sold in 1853 to Arthur’s brother, William, who lived in Richmond, Virginia. This enabled him to meet up with his mother who had already been purchased by a man from that town. Because of the cruel manner in which the Brents treated their bondpeople, Johnson longed to escape. One of the most prominent of Johnson’s life experiences occurred around 1857, when he met a free African American man named Stephney Brown, who was instrumental in his conversion to Christianity. Johnson later remembered that after his prayer to God for salvation, “Everything appeared to be different to me… Then I had a free soul”. Following this experience, Johnson and his mother were baptized and joined the Baptist faith.

After Emancipation, he left Virginia for New York but unfortunately discovered that in New York, “there was almost as much prejudice against [my] race as in the South”. Consequently, he made his way to Chicago with his wife and worked as a waiter until the local Baptist congregation asked him to serve as a missionary in Denver, Colorado. There he ministered to a small African-American congregation. However, throughout his adult life, Johnson’s goal was to be a missionary in Africa.

In 1876, he and his wife moved to England. After attending the Pastor’s College for further education, he traveled to Africa to begin his missionary work. Johnson spent time in Sierra Leone and Liberia before traveling to the Cameroonian village of Bakundu where he stayed during the remainder of his time in Africa. While in Bakundu (February-November 1879) Johnson and his companions spent their time teaching the people about the Christian God and the Bible, as well as instructing the children on how to speak, read, and write in the English language. Johnson and his wife both became severely ill, and in July his wife passed away. 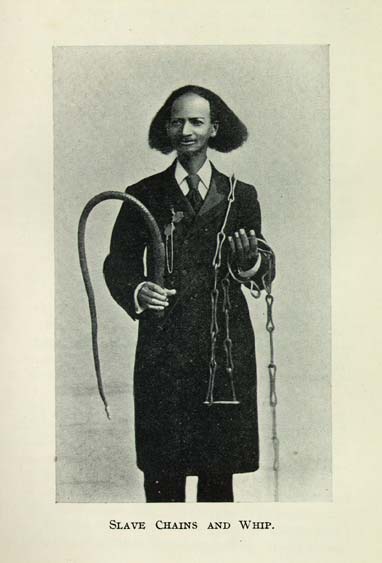 Johnson returned to England, where despite his own ill health, he remarried and travelled throughout the United States and Europe. He continued his mission by giving lectures and sermons.

He settled in Bournemouth, England in 1890s with his second wife Sarah. For many local people, he was the first Black person they had seen up close. Johnson became famous for his comment “Shake hands – the black won’t come off!”

During this time, he published his autobiography. The book was sold at meetings and by mail. It gives an account of his years of enslavement in America, how he traveled to England, and his missionary work in Africa.

From 1910 onwards Johnson was wheelchair-bound. Although he died in 1921, the slave chains and whips that decorated his home and his Christian faith were remembered well into the 1980s.