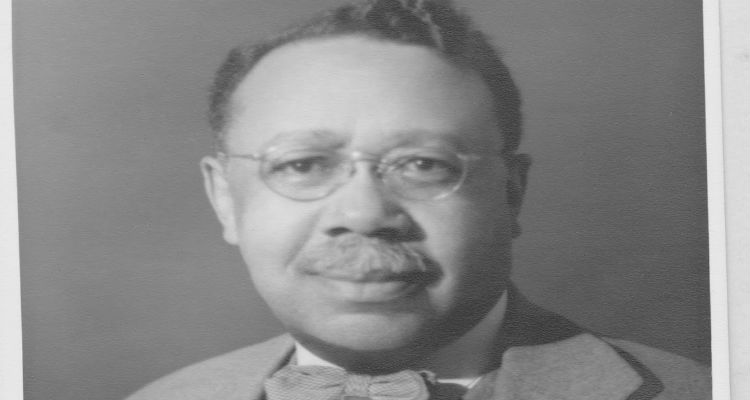 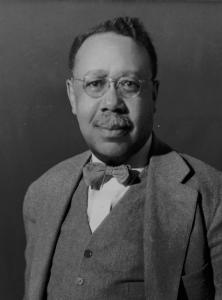 William Augustus Hinton was the first Black professor at Harvard Medical School and the first African American to publish an academic textbook. As a bacteriologist, pathologist and educator, he was a pioneer in the field of public health and earned an international reputation as a medical researcher with his work on the detection and treatment of syphilis and other sexually transmitted diseases. Hinton developed a test for syphilis, which, because of its accuracy was used by the United States Public Health Service.

William Augustus Hinton was born on December 15, 1883 in Chicago. He grew up in Kansas and became the youngest student to ever graduate from Kansas City High School. After high school, he studied at the University of Kansas, completing the three-year premed program in two years. Hinton continued undergraduate studies at Harvard, receiving a bachelor’s degree there in 1905.

Hinton worked for a time in a law office, and then taught science at Waldo University in Tennessee before pursuing a career in medicine. In 1909, he was offered a scholarship reserved for African American students, but instead of accepting it, he chose to compete for a scholarship open to all students, the Wigglesworth scholarship. He won the scholarship two years in a row; and finished the Harvard medical program in just three years instead of the usual four. He received his M.D. in 1912.

After graduating, Hinton began work at the Wassermann Laboratory at Harvard, teaching serological techniques. During this time he also worked as an assistant in the department of pathology of Massachusetts General Hospital in Boston. He used his training in serology to develop a new blood analysis for diagnosing syphilis. Hinton became proficient at syphilis diagnosis and soon wrote his first scientific paper on it, with Roger I. Lee. The paper was one of more than 25 of his works that appeared in scientific journals during his career. After establishing a reputation as an expert on the topic, Hinton was asked to write a chapter on the Wassermann reaction in a leading textbook of preventive medicine. His growing skill then led to his appointment as director of the laboratory department of the Boston Dispensary in 1915. At the Boston Dispensary, Hinton established one of the first schools for training medical technicians in the United States, which also helped to open the profession to women. Under his leadership the Wassermann Laboratory became the standard for other laboratories to emulate.

From the start of his career until his retirement, Hinton worked on laboratory tests designed to improve the diagnosis of sexually transmitted diseases. In 1927, he developed a test, which later became known as the Hinton test, to diagnose syphilis. The test greatly improved screening for the disease, reducing the number of false positives generated by previous tests that resulted in needless treatment. Because it was easier, less expensive, and more accurate than previously used tests, the Hinton test was endorsed by the U.S. Public Health Service in 1934. Later, with Dr. J.A.V. Davies, Hinton developed another diagnostic test for syphilis, know as the Davies-Hinton test .

Hinton began teaching at Harvard Medical School in 1923, as assistant lecturer in preventive medicine and hygiene. Despite losing a leg in a car accident in 1940, he continued to teach at Harvard, and kept working at the Wassermann laboratory until 1953.

In 1948, in recognition of his contributions as a serologist and public health bacteriologist, Hinton was elected a life member of the American Social Science Association. The serology lab at the Massachusetts Department of Public Health’s Laboratory Institute Building was named for him. And in 1949, Hinton was named clinical professor at Harvard Medical School. He was the first African American to be offered such an honor at the school. Hinton also worked as a special consultant to the U.S. Public Health Service and taught at Tufts University and Simmons College.

Hinton wrote one book during his career. Syphilis and Its Treatment, published in 1936, was the first medical textbook by an African American. At the time, the book was considered controversial and received “little support” at first. However, by 1959 The Harvard Medical Alumni Bulletin would described the book as “widely acclaimed.” In an interview with the Boston Daily Globe in 1952, Hinton told reporter Frances Burns that he considered the book his most important contribution because it summed up both his research and the experience he gained through patients in clinics who had syphilis. “I had learned that race was not the determining factor but that it was, rather, the socioeconomic condition of the patient,” he told Burns. “It is a disease of the underprivileged.”

After retiring from his professorship in 1950, Hinton continued lecturing at Harvard and remained as physician-in-chief of the department of clinical laboratories of the Boston Dispensary. Failing eyesight and strength due to a diabetic condition made it necessary for him to retire completely from active service in 1953. By that year his laboratory was assessing approximately 2,000 specimens for syphilis every day, as well as performing tests for rabies and other diseases.

Near the end of his life, Hinton willed his $75,000 in savings to be put into a special scholarship fund for Harvard graduate students. He said that the fund was a memorial to his parents and the exemplary ideals of conduct that they passed on to him. Hinton named the fund the Dwight D. Eisenhower Scholarship Fund, to honor the president whom he felt had made great strides in providing equal opportunity employment during his administration. When referring to the scholarship in his book, Mandate for Change, Eisenhower wrote, “I could not recall having been given a personal distinction that had touched me more deeply.”

A modest man as well, Hinton once declined the NAACP Spingarn Medal for significant contributions because he felt that he should achieve more before receiving it.

In 2015, the University of South Carolina School of Medicine Greenville named one of its inaugural college societies after Hinton. The Hinton college went on to consistently perform at higher standards than the university’s other colleges.