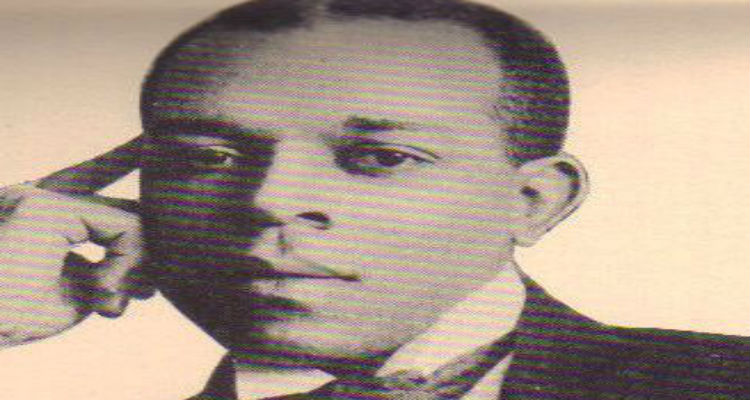 J. Rosamond Johnson was one of the most successful of the early African American composers and singers during the Harlem Renaissance. Johnson is most notable as the composer of the hymn “Lift Every Voice and Sing” which has come to be known in the United States as the “Black National Anthem”. His brother, the poet James Weldon Johnson, wrote the lyrics of the famous piece. 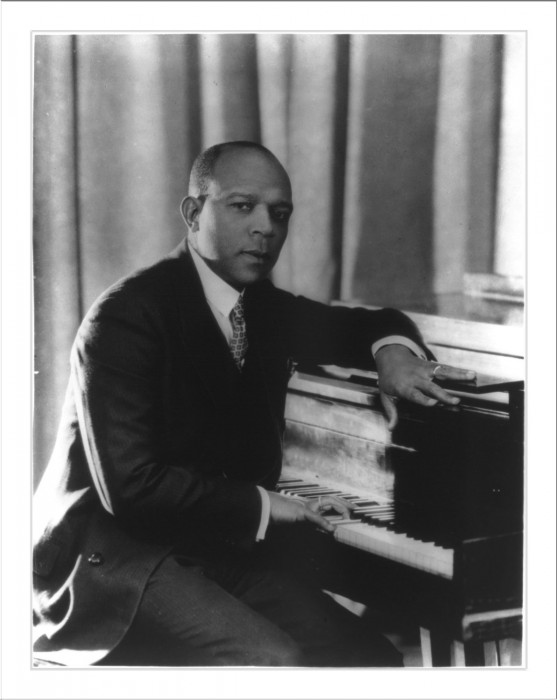 John Rosamond Johnson was born on August 11, 1873, in Jacksonville, Florida, the younger brother of prominent composer and civil rights leader James Weldon Johnson. His mother, Helen Louise Dillet, was from Nassau, Bahama, and she taught him to play piano at the age of four. His father was James Johnson. Johnson’s maternal great-grandmother, Hester Argo, had escaped from Saint-Domingue (now Haiti) during the revolutionary upheaval in 1802, along with her three young children, including Stephen Dillet (1797-1880). Although originally headed to Cuba, their boat was intercepted by privateers and they were brought to Nassau, Bahamas instead. There they permanently settled. Stephen Dillet was the first Black man to win the election to the Bahamian legislature in 1833.

Starting in 1890, Johnson attended Boston’s New England Conservatory, and for a brief time studied in London as well. He began his career as a music teacher in Jacksonville public schools but in 1899 Johnson and his brother James Weldon Johnson traveled to New York where they met the famed Robert “Bob” Cole. 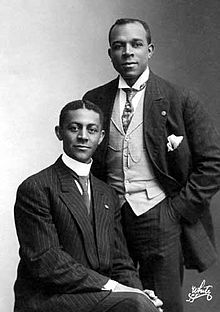 The musical collaboration between Rosamond and Cole, often assisted by James Weldon produced more than 150 songs over the next ten years; many were incorporated into Broadway shows. They wrote works such as The Evolution of Ragtime (1903), produced two successful Broadway operettas with casts of Black actors: Shoo-Fly Regiment (1906) and The Red Moon (1908).

They also created and produced several “whyte” musicals: Sleeping Beauty and the Beast in 1901, In Newport in 1904, and Humpty Dumpty in 1904. With Cole, Johnson also wrote Congo Love Songs, My Castle on the Nile, and the enormously successful Under the Bamboo Tree in 1902.

After Cole’s death in 1911, Johnson began a successful tour with Charles Hart and Tom Brown. In London, he wrote music for a theater review from 1912 to 1913 serving a long residency. After returning to the United States, he was appointed director of New York’s Music School Settlement for Colored, where he served from 1914 to 1919.

With his own ensembles, The Harlem Rounders and The Inimitable Five, he toured as well, and performed in Negro spiritual concerts with Emmanuel Taylor Gordon, including Aeolian Hall in Manhattan.

Johnson was also a renowned actor. He made his acting debut in the first African American show on Broadway, John W. Isham’s Oriental America (1897). He eventually secured leading roles in Porgy and Bess (1935), Mamba’s Daughters (1939), and Cabin in the Sky (1940).

As an editor, Johnson collected four important works. He and his brother published the first two of these song collections: The Book of American Negro Spirituals (1925) and The Second Book of Negro Spirituals (1926). In addition, Johnson edited Shoutsongs (1936) and the folksong anthology Rolling Along in Song (1937

Johnson’s work propelled him to international acclaim. He arranged more than 150 spirituals and over 160 musical theater numbers. He was best known, however, for his work on Black spirituals, jubilees, plantation ballads, and minstrel songs. Lift Every Voice and Sing (1900) was so popular that the National Association for the Advancement of Colored People (NAACP) dubbed it The Black National Anthem.

Other well-known songs of his include The Maiden with the Dreamy Eyes, Didn’t He Ramble, and Li’l Gal, Since You Went Away.

Johnson was a member of the American Society of Composers, Authors, and Publishers for most of his career. Atlanta University awarded him an honorary master’s degree in 1917, and he was made a subchief of the Iroquois in honor of his stage musical Red Moon (1908) and its respectful portrayal of Native Americans.

In 1913 Johnson married Nora Ethel Floyd, one of his former students. Together they had two children, Mildred and Donald. John Rosamond Johnson died of a cardiac condition in his sleep on November 11, 1954, in New York City.