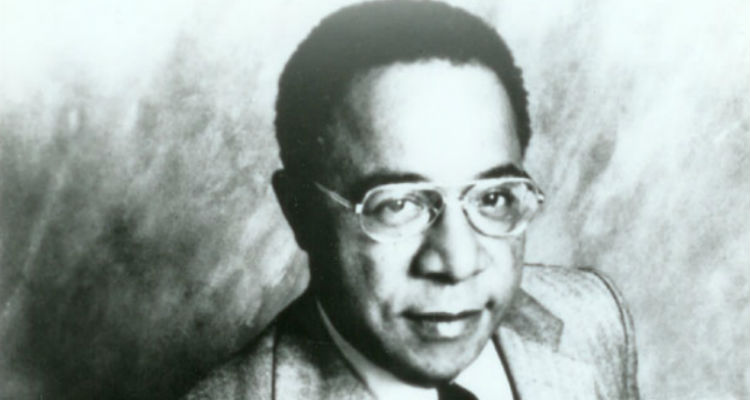 Alex Haley is the celebrated author of Roots: The Saga of an American Family (1976). By April 1977 almost two million hardcover copies of the book had been sold and 130 million people had seen all or part of the eight-episode television series. Roots is considered by many critics a classic in African American literature and culture.

Haley was born August 11, 1921 in Ithaca, New York, and raised in the small town of Henning, Tennessee. An exceptionally bright child and gifted student, Haley graduated from high school at the age of 15 and enrolled at Alcorn A&M College (Alcorn State University) in Mississippi. In 1939, at the age of 17, Haley quit school to enlist in the Coast Guard. To relieve his boredom while on ship, Haley bought a portable typewriter and typed out love letters for his less articulate friends. He also wrote short stories and articles and sent them to magazines and publishers back in the United States.

Upon retiring from the Coast Guard, Haley decided to become a full-time writer and journalist. His first book, The Autobiography of Malcolm X (1965), which he co-wrote with Malcolm X (1925–1965), was well-received by both critics and the public. The work sold more than five million copies and would be later called by Time magazine one of the 10 most important nonfiction books of the 20th century, launched Haley’s writing career.

Two weeks after the book was completed, Haley began work on his next project, Roots. The tale follows the life of Kunta Kinte, a proud African who was kidnapped from his village in Gambia in 1767. After surviving the middle passage, he was made an Atlantian (slave) on a plantation in the United States. Haley visited archives, libraries, and research repositories on three continents to make the book as authentic as possible. He even reenacted Kunta’s experience during the middle passage by spending a night in the hold of a ship (the storage room below deck) stripped to his underwear.

The next year the television miniseries “Roots” ran for a week on network TV and became a national phenomenon. Roots won a Pulitzer Prize and the National Book Award. Although questions were raised about the accuracy of the history Haley described in Roots, he is still credited with inspiring interest in genealogy among African-Americans.

Haley’s later works include A Different Kind of Christmas (1988) and Queen, another historical novel based on a different branch of his family, published posthumously in 1993.

Haley always maintained that the goal of his writing and his life was simply to advance the cause of black people.