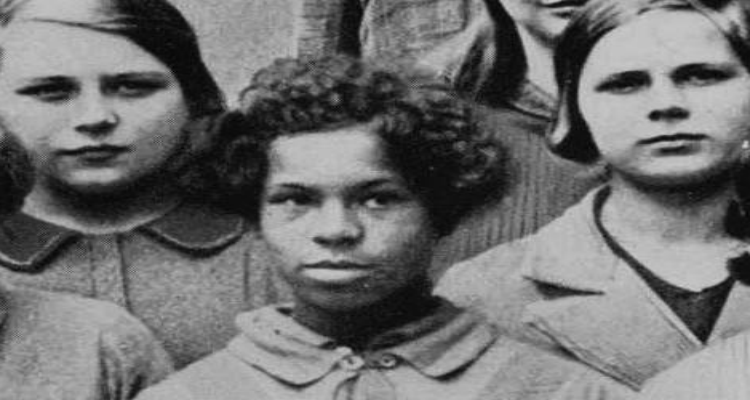 January 27, is an annual International Day of Commemoration in memory of the victims of the Holocaust. The day was established to commemorate the six million million Jewish men, women and children murdered by Hitler’s Nazi regime. However, eleven million people were killed in the Holocaust. The other five million victims were not Jewish. They included groups as diverse as communists, gays, Jehovah’s Witness, gypsies, and the physical and mentally handicapped.

While Black people in Nazi Germany were never subject to mass extermination they were still considered by the Nazis to be an inferior race. According to the Holocaust Encyclopedia website, operated by the U.S. Holocaust Memorial Museum, the fate of Black people from 1933 to 1945 in Nazi Germany ranged from isolation to persecution, sterilization, medical experimentation, incarceration, brutality, and murder. Hilarius (Lari) Gilges, a dancer by profession, was murdered by the Nazi SS in 1933.

Following World War I and the Treaty of Versailles (1919), the victorious Allies occupied the Rhineland in western Germany. The French deployed their own colonised African soldiers as the occupying force, which exacerbated anti-Black racism in Germany. Racist propaganda against Black soldiers depicted them as rapists of German women and carriers of venereal and other diseases.

The children of Black men and German women were called “Rhineland Bastards.”

In Mein Kampf (My Struggle), Hitler charged that the Jews had brought the Blacks into the Rhineland with the clear aim of ruining the hated whyte race by the necessarily-resulting bastardization.

African German mixed race children were marginalized in German society, isolated socially and economically, and not allowed to attend university. With the Nazi rise to power they became a target of racial and population policy. By 1937, every identified mixed-race child in the Rhineland had been forcibly sterilized, in order to prevent further “race polluting”, as Hitler termed it.

Hans Hauck, a Black Holocaust survivor and a victim of Hitler’s mandatory sterilisation program, explained in the film Hitler’s Forgotten Victims that, when he was forced to undergo sterilisation as a teenager, he was given no anaesthetic. Once he received his sterilisation certificate, he was “free to go”, so long as he agreed to have no sexual relations whatsoever with Germans.

However, some African-Germans were able to eke out a living during Hitler’s reign of terror by performing in Vaudeville shows, but many Blacks, steadfast in their belief that they were German first, Black second, opted to remain in Germany. Some fought with the Nazis (a few even became Lutwaffe pilots)!

Both before and after World War I, many Africans also came to Germany as students, artisans, entertainers, former soldiers, or low-level colonial officials, such as tax collectors, who had worked for the imperial colonial government.

Some African Americans, caught in German-occupied Europe during World War II, also became victims of the Nazi regime. Many, like female jazz artist Valaida Snow, were imprisoned in Axis internment camps for alien nationals. While touring through Denmark in 1941 she was arrested by the Nazis and released on a prisoner exchange in May 1942. According to a jazz historian, “she never emotionally recovered from the experience.”

The artist Josef Nassy, living in Belgium, was arrested as an enemy alien and held for seven months in the Beverloo transit camp in German-occupied Belgium. He was later transferred to Germany, where he spent the rest of the war in the Laufen internment camp and its subcamp, Tittmoning, both in Upper Bavaria.

Other European and American Blacks were also interned in the Nazi concentration camp system. Lionel Romney, a sailor in the US Merchant Marine, was imprisoned in the Mauthausen concentration camp. Jean Marcel Nicolas, a Haitian national, was incarcerated in the Buchenwald and Dora-Mittelbau concentration camps in Germany. Bayume Mohamed Hussein from Tanganyika (today Tanzania) died in the Sachsenhausen camp, near Berlin.

Black prisoners of war faced illegal incarceration and mistreatment at the hands of the Nazis. Lieutenant Darwin Nichols, an African American pilot, was incarcerated in a Gestapo prison in Butzbach. Black soldiers of the American, French, and British armies were worked to death on construction projects or died as a result of mistreatment in concentration or prisoner-of-war camps. Others were never even incarcerated, but were instead immediately killed by the SS or Gestapo.

“[However], in every story of Black oppression, no matter how we were enslaved, shackled, or beaten, we always found a way to survive and to rescue others. As a case in point, consider Johnny Voste, a Belgian resistance fighter who was arrested in 1942 for alleged sabotage and then shipped to Dachau. One of his jobs was stacking vitamin crates. Risking his own life, he distributed hundreds of vitamins to camp detainees, which saved the lives of many who were starving, weak, and ill-conditions exacerbated by extreme vitamin deficiencies. His motto was ‘No, you can’t have my life; I will fight for it.'”

Unlike Jews (in Israel and in Germany), Black Germans receive no war reparations because their German citizenship was revoked (even though they were German-born). In addition, after the war, scores of Blacks who had somehow managed to survive the Nazi regime, were rounded up and tried as war criminals.

A few books have been written on this subject, including: Lusane, Clarence (2003). Hitler’s Black Victims: The Historical Experiences of European Blacks, Africans and African Americans During the Nazi Era (2003) by Clarence Lusane; and Holocaust Forgotten – Five Million Non-Jewish Victims: Volume 1 (2012) by Terese Pencak Schwartz.