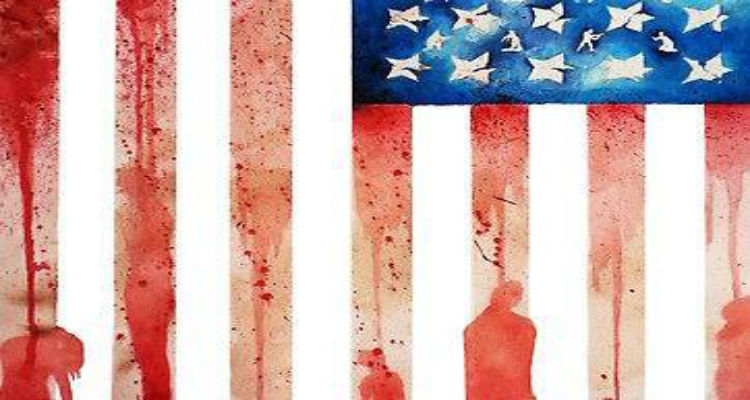 On July 25, 1946, two African American couples and an unborn baby were shot more than 60 times and lynched near the Moore’s Ford Bridge, in Walton and Oconee counties between Monroe and Watkinsville, Georgia. Roger and his wife Dorothy Dorsey Malcom, who was seven months pregnant, along with George and his wife May Murray Dorsey were massacred by a mob of whyte men who accosted them as they headed home.

Known as the Monroe Massacre (also the 1946 Georgia lynching), it was one of the most atrocious mass murders in the history of lynching in the United States.

In July 1946, George W. Dorsey and Roger Malcom, were employed by J. Loy Harrison as sharecroppers on his farm in Walton County, Georgia. Dorsey was a veteran of World War II who had been back in the United States less than nine months after having served nearly five years in the Pacific War. He was married to Mae Murray Dorsey, who was then seven months pregnant. Roger Malcom was also married, to Dorothy Malcom.

On July 11 Roger Malcom allegedly stabbed Barnette Hester, a whyte man. Malcom was arrested and held in the county jail in Monroe, Georgia. On July 25, Harrison drove Malcom’s wife Dorothy and the Dorseys to Monroe, where he personally posted the $600 bail for Roger Malcom to be freed on bail. At the time Hester was still hospitalized from his wounds

Harrison was taking the couple back to his farm when they were ambushed by a group of about 20 armed men, believed to be Ku Klux Klan members at Moore’s Ford Bridge over the Appalachia River connecting Walton and Oconee Counties in Georgia. While the mob held Harrison and the two women at gunpoint, Malcolm and Dorsey were bound and dragged down an old wagon road. Then one of the women recognized one of the assailants. He cried out, “Get those damned women out, too.” All four were beaten savagely while they pleaded for their lives. Both couples were tied to a tree while the mob lined up like a firing squad and riddled them with gunfire.

The couples were shot over sixty times in broad daylight by unmasked men. Murder weapons included rifles, shotguns, pistols, and a machine gun. The Tuskegee Institute called it a “lynching.”

News of the brutal killings and the subsequent cover up swept across the nation. The fact that George Dorsey had been a distinguished soldier in WWII infuriated the public. No one was ever charged for the lynchings, even though the FBI interviewed nearly 3000 people in their six-month investigation and named 55 suspects. Georgia Governor Ellis Arnall offered a reward of $10,000 for information, to no avail.

This incident and two others enraged President Harry Truman and helped lead to historic changes: creation of the first ever-presidential commission on race; desegregation of the military; and passage of anti-lynching legislation.

A state historical marker was placed near the murder site, and was erected on U.S. Highway 78 in 1999, on the fifty-third anniversary of the incident. The marker, 2.4 miles (3.9 km) to the west, identifies the site as the location of the last unsolved mass lynching in America. It is believed to be the first highway marker to commemorate a lynching.