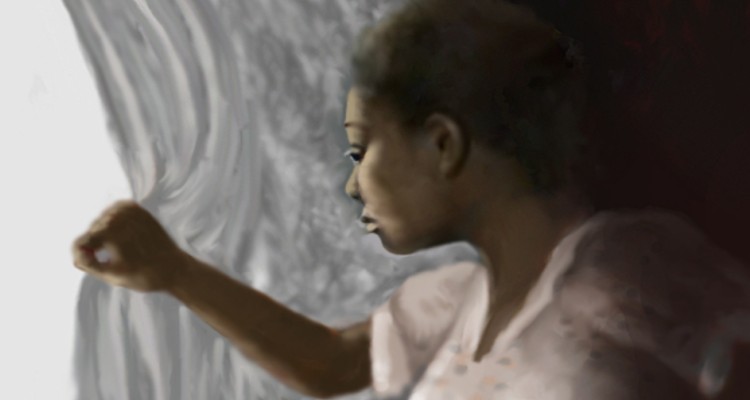 Mary Turner was a young African-American woman, lynched on May 19, 1918, in Valdosta, Georgia, in a horrific manner. She was eight months pregnant at the time of her murder. Her unborn child was cut off of her stomach, and stomped on!

In May 1918, in retaliation for the shooting death of a Euro-American planter, a bloodthirsty lynch mob in Brooks County went on a killing spree, torturing and killing eight Black men in two days. One of the men murdered was Mary’s husband, Hayes. Mary, who was eight months pregnant, vowed to press charges against those who had killed her husband. For her remarks, a mob of several hundred Euro-American men and women determined they would “teach her a lesson.”

Turner was captured from the Quitman home where she had been hiding and taken to a bridge overlooking the Little River. Her ankles were tied together and she was hanged upside down from a tree, doused with gasoline and burned. After her clothes burned off and while she was still alive, a man sliced open her abdomen with a hog splitting knife. Her unborn infant fell from her womb, gave two screams, then had its head crushed by mob members who stomped on it. Her body was then riddled with bullets.

Mary and her child were hastily buried about ten feet from the execution site. Their graves were marked by an empty whiskey bottle and a cigar. Mary’s age was estimated to be somewhere from 19 to 33-years-old.

A Euro-American newspaper at the time justified her murder by stating: “the [whyte] people in their indignant mood took exception to her remarks and attitude.” A few years later, a whyte editor from another newspaper described the nineteen-year-old expectant mother as a “she-bear” who deserved to be lynched.

The Turners had lost their lives because the bloodthirsty mob was seeking revenge for the murder of Hampton Smith, a notoriously unjust boss of the Old Joyce Plantation who, “bore a very poor reputation in the community because of ill treatment to his [African-American] employees.” After a particularly brutal beating at the hands of Smith, Sidney Johnson snapped and fatally shot him.

The story of the horrific murders were passed down the family.

Charles T. Forehand’s great-grandmother, was Hayes Turner’s younger sister. She would tell stories of how part of his bloodline was brutally exterminated in the woods. “It was spoken of in hushed whispers,” said Forehand. “They would talk, but I would have to pry. It was emotionally painful for them to talk about. Today, every time this topic comes up, chills go through me.”

Lavon Gant, whose grandfather was Mary Turner’s brother, says her mother made sure she knew every detail of the lynchings. “We were always inquisitive about race relations and our family,” said Gant. “What my mother told me always stayed with me because it was so horrific and I could not believe that something like that could happen. It was so horrific. It has never left me what they did to her.”

NAACP official Walter White, an African-American man with pale skin, blonde hair and blue eyes whose appearance allowed him to interview lynch mob members firsthand, left a chilling account in his 1929 book, “Rope and Faggot: A Biography of Judge Lynch.”

White wrote : “Mocking, ribald laughter from her tormenters answered the helpless woman’s screams of pain and terror. ‘Mister, you ought to’ve heard the [Black] wench howl!’ a member of the mob boasted to me a few days later… The clothes [having] burned from her crisply toasted body in which, unfortunately, life still lingered, a man stepped towards the woman and, with his knife, ripped open the abdomen in a crude Caesarean operation. Out tumbled the prematurely born child. Two feeble cries it gave — and received for answer the heel of a stalwart man, as life was ground out of the tiny form.”

After the lynchings more than 500 African-Americans left the vicinity of Valdosta, leaving hundreds of acres of untilled land behind them. The lynching was recounted in numerous articles and editorials and discussed in Congress. It became a rallying point to obtain federal anti-lynching legislation. A month later, on July 26, 1918 President Woodrow Wilson issued a national appeal to stop the lynchings.