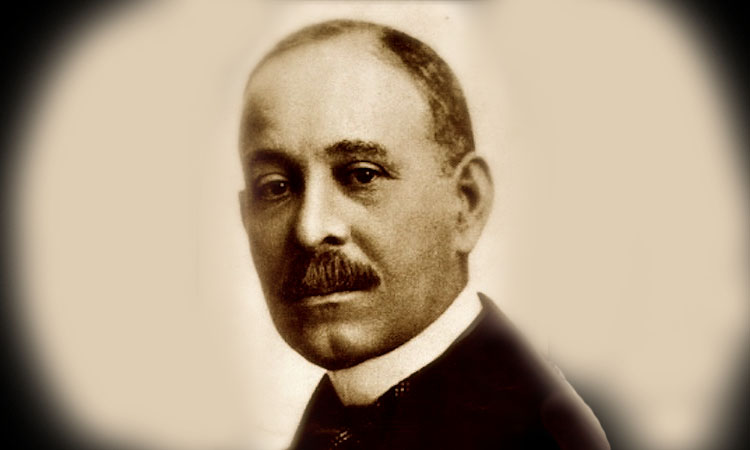 “A people who don’t make provision for their own sick and suffering are not worthy of civilization.” –Daniel Hale Williams

Daniel Hale Williams was one of the first physicians to perform open-heart surgery in the United States. In 1893, Williams founded the first interracial hospital, Provident Hospital and Training School. Williams created two hospital-based training programs for nursing, co-founded the National Medical Association, and was the first African American physician admitted to the American College of Surgeons.

Daniel Hale Williams was born on January 18, 1856, in Hollidaysburg, Pennsylvania, to Sarah Price Williams and Daniel Hale Williams. He was the eldest son of eight children. Around the age of 10 his father died of tuberculosis. The family moved to Baltimore, Maryland to live with relatives. He became a shoemaker’s apprentice but disliked the work and returned to his family barbering business. However, he decided to pursue his medical education. After completing secondary school, Williams became an apprentice to a former surgeon general for Wisconsin. In 1883, he graduated with a M.D. degree from Chicago Medical College.

After his internship, Williams went into private practice in an integrated neighborhood on Chicago’s south side. He soon began teaching anatomy at Chicago Medical College and served as surgeon to the City Railway Company. In 1889, the governor of Illinois appointed him to the state’s board of health. He also worked with the Equal Rights League, an African-American civil rights organization active during the Reconstruction era.

Called Dr. Dan by his patients, he quickly built an excellent reputation as a highly skilled surgeon. However, Dr. Dan was acutely aware of the limited opportunities available to African-Americans in the medical profession. Additionally, although there were 15,000 African-Americans living in Chicago, very few of the city’s medical establishments were willing to provide them care. When a young woman named Emma Reynolds told him she had been refused admission to every nursing school she’d applied to, it spurred him into action. Williams was determined that Chicago should have a hospital where both African-American and Euro-American doctors could study and where African-American nurses could receive training. After months of hard work, he opened Provident Hospital and Training School for Nurses (now called Provident Hospital of Cook County), on May 4, 1891. This was the first hospital in the country to have an interracial staff, and was publicly championed by famed activist and writer Frederick Douglass.

In 1893, Dr. Williams became the first surgeon to perform the world’s first successful heart surgery on record on a human. Wiliams operated on a twenty-four-year-old man who had been stabbed in the heart during a fight.

“One hot summer night in 1893, a young Chicagoan named James Cornish was stabbed in the chest and rushed to Provident. When Cornish started to go into shock, Williams suspected a deeper wound near the heart. He asked six doctors (four European, two African-American) to observe while he operated. In a cramped operating room with crude anesthesia, Williams inspected the wound between two ribs, exposing the breastbone. He cut the rib cartilage and created a small trapdoor to the heart.

Underneath, he found a damaged left internal mammary artery and sutured it. Then, inspecting the pericardium (the sac around the heart) he saw that the knife had left a gash near the right coronary artery. With the heart beating and transfusion impossible, Williams rinsed the wound with salt solution, held the edges of the palpitating wound with forceps, and sewed them together. Just 51 days after his apparently lethal wound, James Cornish walked out of the hospital. He lived for over 20 years after the surgery.” (https://columbiasurgery.org/news/daniel-hale-williams-and-first-successful-heart-surgery)

Dr. Dan was 37 at the time he performed his landmark operation, which was hailed in the press, because Williams’ surgery was considered bold and daring. He had explored an area that was considered nonsurgical by his peers. Also, the operation was done without the benefit of X-rays, antibiotics, surgical prep-work, a blood transfusion, or tools of modern surgical procedures.

When Williams formally reported his successful suturing of the pericardium early in the Medical Record on March 27, 1897 he stated: “The Index Catalogue and Medicus of the National Medical Library, surgeon-general’s office, Washington, D.C., do not give a single title descriptive of suture of the pericardium or heart in the human subject. This being the fact, this case is the first successful or unsuccessful case of suture of the pericardium that has ever been recorded.” He also examined the specimens of pericardial and heart wounds in the Army Medical Museum and found none that had any history of operation. This was the first reported successful operation involving a documented stab wound to the heart.

However, as it turned out, physicians Francisco Romero and Henry Dalton had previously performed pericardial operations.

In 1894, Williams moved to Washington, D.C., where he was appointed the chief surgeon of the Freedmen’s Hospital, which provided care for formerly enslaved African Americans. The facility had fallen into neglect and had a high mortality rate. Williams worked diligently on revitalization, improving surgical procedures, increasing specialization, launching ambulance services and continuing to provide opportunities for African-American medical professionals, among other feats. In 1895, he co-founded the National Medical Association, a professional organization for African-American medical practitioners, as an alternative to the American Medical Association, which didn’t allow African-American membership.

Williams left Freedmen’s Hospital in 1898. He married Alice Johnson, and the newlyweds moved to Chicago, where Williams returned to his work at Provident. He later moved to Cook County Hospital and then to the larger St Luke’s. Beginning in 1899, Williams also made annual trips to Nashville, Tennessee, where he was a voluntary visiting clinical professor at Meharry Medical College for about 20 years. In 1913, he became a charter member of the American College of Surgeons.

Williams experienced a debilitating stroke in 1926 and died five years later, on August 4, 1931, in Idlewild, Michigan.

Dr. Williams left generous donations to the many causes he supported during his lifetime including Meharry Medical College, the National Association for the Advancement of Colored People, Howard University, and many others that helped provided medical education for African-American students.

A colleague at Freedmen’s Hospital once wrote the following tribute regarding Dr. Daniel Hale Williams: “His greatest pride was that directly or indirectly, he had a hand in the making of most of the outstanding African-American surgeons of the current generation”.

As a sign of the esteem of the African-American medical community, until this day, a “code blue” at the Howard University Hospital emergency room is called a “Dr. Dan.”

Who Was Dr. Daniel Hale Williams?