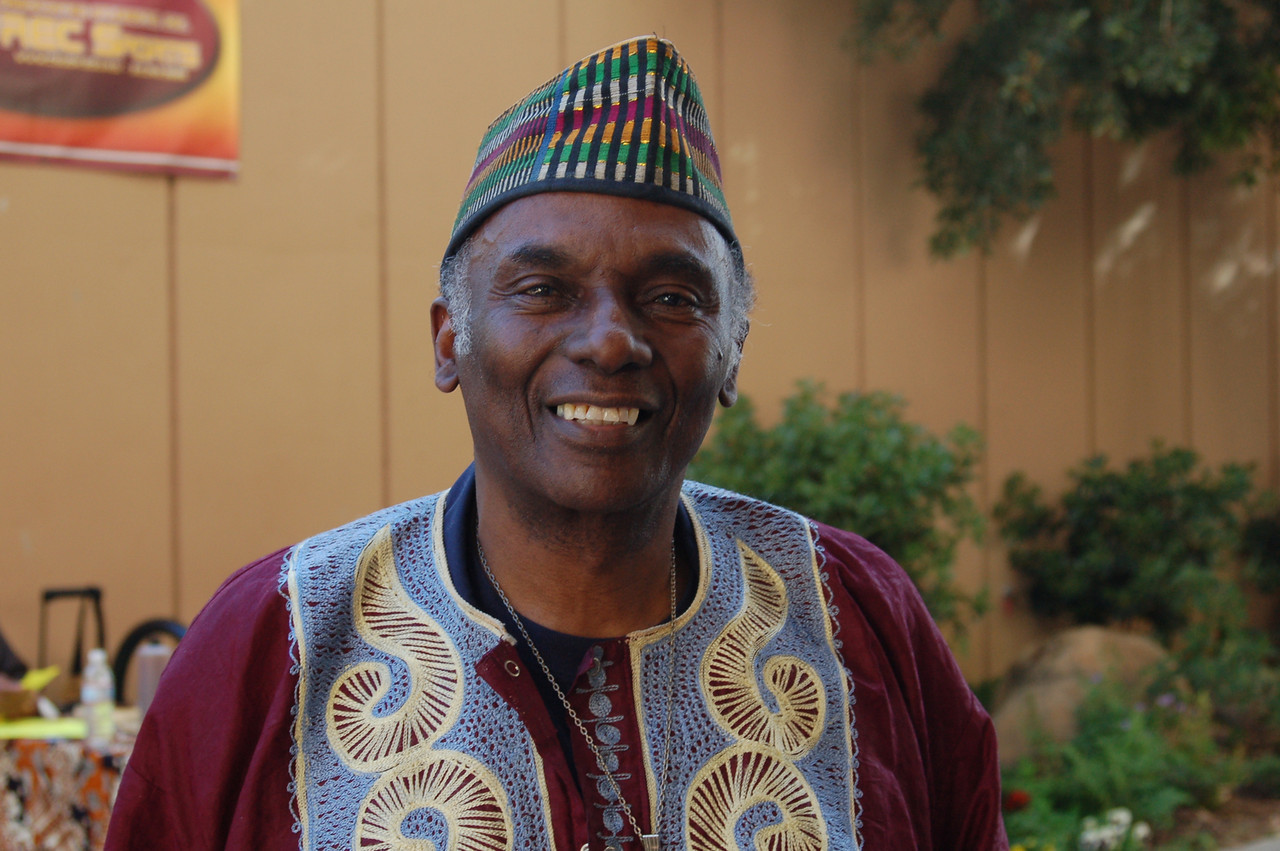 Leonard Jeffries, a political scientist, historian, educator, and Pan-Africanist, is a founding director and a former Vice-President and President of the Association for the Study of Classical African Civilizations (ASCAC). Jeffries, known for his African-Centred scholarship, achieved national prominence in the early 1990s for his historical statements about Jews and European people. In a 1991 speech he stated that Jews financed the slave trade, used the movie industry to hurt Black people, and that whytes are “ice people” while Africans are “sun people”. Jeffries was discharged from his position as chairman of the black studies department at CUNY, leading to a lengthy legal battle, before he was reinstated. Jeffries remains a leading voice and theoretician in African-centered education.

Leonard Jeffries was born January 19th, 1937 in Newark, New Jersey. As a teenager, Dr. Jeffries sensed he was on a mission. He said, “I grew up with the idea of becoming a lawyer to save the race in the civil-rights movement and to be mayor of Newark.” Like other Black youngsters coming of age in the late 1940s and early 1950s, Jeffries faced racism from his whyte schoolmates as well as from some of his teachers, but he buried his rage and strove to excel. His formal education came from the Newark Public School system were he became President of his graduation class at Sussex Avenue School, January 1951. His later schooling was at McKinley Jr. High School and Barringer High School where he graduated with honors.

Jeffries took his first trip to Africa with the Crossroads program. His leadership abilities and proficiency in French made him an asset to the program. By the summer of 1962, he became the group leader of a trip to Senegal. By 1964, he had traveled to Africa a dozen times. To date (though he has stopped counting) he has traveled to Africa more than 100 times—usually leading groups of young people whose lives might be touched as his was.

Dr. Jeffries is a founding director of the Association for the Study of Classical African Civilizations (ASCAC) and is a former president of the African Heritage Association (AHSA). His scholastic exploits have taken him to Ghana, Brazil, Switzerland and throughout the Caribbean. He worked on his Ph.D. in the Ivory Coast studying economics and politics. He was struck by the extent to which African studies, as taught in the educational institutions, was from the imperialistic view and it was not long before he began challenging the “authorities” on Africa in intellectual circles.

Jeffries became known outside his field in 1987 when he was on a state task force to fight racism in the public school curriculum. Its publication A Curriculum of Inclusion harshly criticized the public school syllabi for Eurocentrism and demanded revisions to emphasize African history and accomplishments of African Americans.

Jeffries has been one of the foremost proponents that melanin levels affect the psyche of people, and that melanin allows black people to “…negotiate the vibrations of the universe and to deal with the ultraviolet rays of the sun.” According to Jeffries, whytes are “ice people” who are violent and cruel, while blacks are “sun people” who are compassionate and peaceful.

Jeffries is also known for presenting detailed information on the wealthy European, Jewish involvement in the slave trade and modern media. On July 20, 1991, Jeffries gave a speech at the Empire State Black Arts and Cultural Festival, in Albany, New York. During the two hour speech, he said that “rich Jews” financed the slave trade and control the film industry together with Italian mafia, using it to paint a brutal stereotype of blacks.”

Jeffries’ opponents labelled him as racist and anti-Semitic and he was discharged from his position as chairman of the black studies department at CUNY, leading to a lengthy legal battle. In 1992 Jeffries first got his term shortened from three years to one, and was then removed as chairman from the department of African-American studies, but was allowed to stay as a professor. Jeffries sued the school and in August 1993 a federal jury found that his First Amendment rights had been violated. However, Jeffries had been unanimously reappointed as chairman. He was restored as chairman and awarded $400,000 in damages (later reduced to $360,000).

The school appealed, but the federal appeals court upheld the verdict while removing the damages. The CUNY Institute for Research on the Diaspora in the Americas and Caribbean was created to do black research independent of Jeffries’ department. It was headed by Edmund W. Gordon, who had led the Black Studies Department before Jeffries was reinstated.

In November 1994 the Supreme Court told the appeals court to reconsider after a related Supreme Court decision. The appeals court reversed its decision in April 1995, and in June the same year Prof. Moyibi Amodo was elected to succeed Jeffries as department chairman. Jeffries continued as a professor at CCNY.

Despite his critics, Jeffries has been hailed as an educator who uses his classroom to raise the consciousness of African Americans. He has recently been appointed the International Executive Director of the Organization of Afro-American Unity (O.A.A.U.), founded in 1964 by El-Hajj Malik El-Shabazz (Malcolm X).

I knew Lenny in High School where I sat behind him in our English class. I knew him as smart, kind, and soft spoken. I really liked him as a person. Nice too find you again, Lenny. Helen Manno Conlon