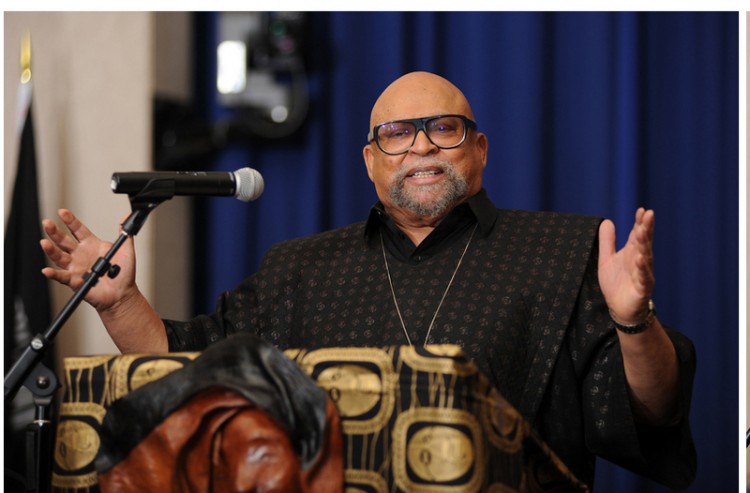 Maulana Karenga, the creator of Kwanzaa was born Ronald McKinley Everett on  July 14th, 1941 in Parsonsburg, Maryland.  Karenga moved to Los Angeles, California at age 18, where he attended Los Angeles Community College and became active in the Civil Rights Movement.

After meeting Malcolm X as a college student in the 1960s, Karenga became politicized and helped found the US organization, which among other things promoted a cultural revolution for African Americans. In 1966, Karenga created Kwanzaa, a holiday designed to celebrate and honor the values of ancient African cultures and inspire African Americans to greater pride in their heritage.

Kwanzaa is based on the year-end harvest festivals that have taken place throughout Africa for thousands of years. The name comes from the Swahili phrase “matunda ya kwanza,” which means “first fruits of the harvest.” Karenga chose a phrase from Swahili because the language is used by various peoples throughout Africa.

In the late 1960s, US and Karenga were investigated by the FBI’s COINTELPRO operation—established to counteract the influence of subversive groups—and placed on a watch list of dangerous, revolutionary organizations. At this time, US was engaged in a violent conflict with the Black Panther Party for supremacy in the African-American community. This led to a 1969 shootout at UCLA, in which two Panthers were killed. In 1971, he was arrested and convicted of assaulting a female US member and was sent to prison. Soon after, the US organization fell into disarray and disbanded in 1974. After his release from prison, Karenga admitted that US had made mistakes, which weakened the movement and compromised its ability to change with the times.

The Art of Ernie Barnes