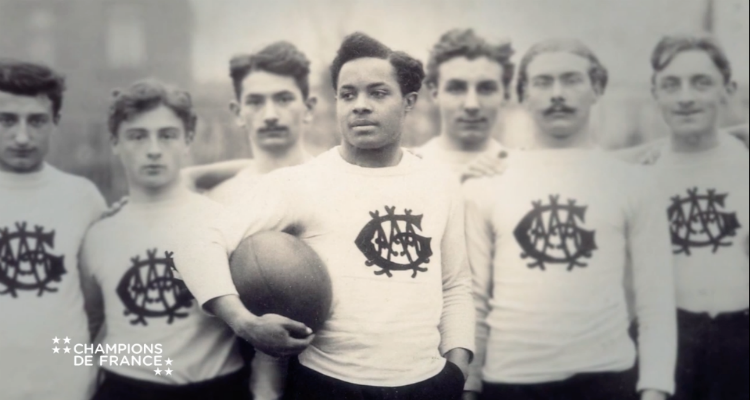 The first Black athlete to compete at the Olympics was Haitian-born French rugby player Constantin Henriquez de Zubiera, who competed for France in 1900. As the French team won the rugby tournament, Henriquez also became the first Black man to win a gold medal at the Olympics. He also won the silver in the tug of war at the same Games.

Born in Haiti, Henriquez had an outstanding athletic career in France. He arrived in France in 1893, traveling on the steamship La Bretagne, from Port-de-Paix. He enrolled at the Albert the Great College of Arcueil. Alongside his schooling, he also enjoyed playing rugby. Becoming professional, he played in the biggest clubs in France, usually as number eight, wing and centre. He played at Olympique de Paris and Stade Français; and won as a Stade Français player the titles of French Champion, in 1897, 1898 and 1901.

At the 1900 Olympic Games, Rugby attracted the biggest crowds of any event. Only three teams competed at the inaugural rugby event at the Olympics. Only two games were contested; France played both Germany and Great Britain, the French winning both matches. On October 28, 1900, as many as 6,000 spectators watched the second match of the tournament between France and Great Britain. Winning their matches, Henriquez and his teammates won the gold medal, making him the first Black and the first African-Caribbean Olympic champion.

Back in Haiti Henriquez became Senator and engages in the promotion of sport in his country. He co-founded with his brother Alphonse the Union Sportive Haïtienne. He is also credited with introducing football in Haiti in 1904, and scoring the first goal in Haiti during a competition.