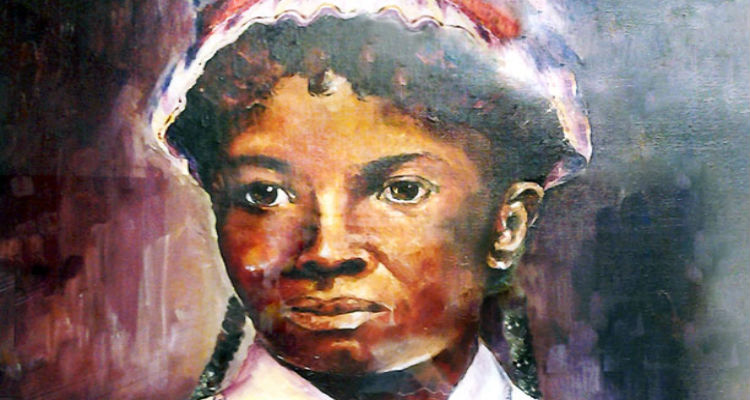 Mary Eliza Mahoney was born on May 7, 1845, in the Dorchester neighborhood of Boston, Massachusetts. Her parents were originally from North Carolina, who moved north before the Civil War in pursuit of a life with less racial discrimination. Mahoney was the eldest of three children; she attended the Phillips School, one of the first integrated schools in Boston.

At the age of 18, she decided to pursue a career in nursing, working at the progressive New England Hospital for Women and Children. In 1878, at age thirty-three, she was accepted in the hospital’s nursing school, the first professional nursing program in the country. Mahoney’s training required she spend at least one year in the hospital’s various wards to gain universal nursing knowledge. She was also required to attend lectures and educate herself by instruction of doctors in the ward, and to work for several months as a private-duty nurse. Of the forty applicants in her class, only three remained to receive their diplomas, two whyte women and Mahoney. Thus she made history when she became the first Black woman to complete nurse’s training.

After gaining her nursing diploma, Mahoney worked for many years as a private care nurse, earning a distinguished reputation. She inspired both nurses and patients with her calm, quiet efficiency and untiring compassion. Patients tended by Mahoney throughout her career gave glowing testimony of her expertise and tender care. In 1896, she became one of the original members of a predominantly whyte Nurses Associated Alumnae of the United States and Canada (NAAUSC), which later became the American Nurses Association (ANA). In 1908 she became co-founder of the National Association of Colored Graduate Nurses (NACGN). The association didn’t discriminate against anyone and aimed to support and congratulate the accomplishments of all outstanding nurses, and to eliminate racial discrimination in the nursing community. The association also strived to commemorate nurses on their accomplishments in the registered nursing field. In 1909, Mahoney spoke at the NACGN’s first annual convention. In her speech, she recognized the inequalities in her nursing education, and in nursing education of the day. The NACGN members gave Mahoney a lifetime membership in the association and a position as the organization’s chaplain.

Mahoney moved to New York in 1911 to head the Howard Orphan Asylum for Black Children, in Kings Park, Long Island.

In additon to her work as a nurse, Mahoney was a strong supporter of the women’s suffrage movement and became one of the first women in her city to register to vote in 1921, at the age of seventy-six.

She died in Boston on January 4, 1926, at the age of 80. Her grave is located in Woodlawn Cemetery in Everett, Massachusetts.

In recognition of her outstanding example to nurses of all races, the NACGN established the Mary Mahoney Award in 1936. When NACGN merged with the American Nurses Association in 1951, the award was continued. Today, the Mary Mahoney Award is bestowed biennially by the ANA in recognition of significant contributions in advancing equal opportunities in nursing for members of non-European groups.

According to Mary E. Chayer of Teacher’s College, Columbia University, an unverified report gave Mary Eliza Mahoney’s birth date as April 16, 1845 in Roxbury. Other sources list her date of birth as May 7, 1845.