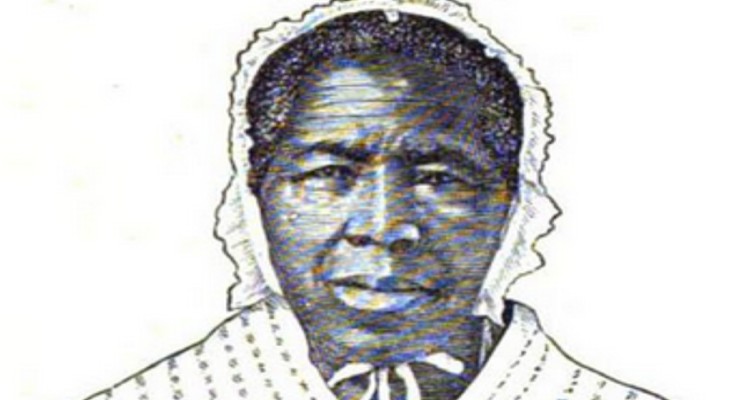 Charity Still, the mother of William Still, twice liberated herself from the Maafa/Atlantic slavery with her children. After her first self-liberation, she was recaptured with her four children, by slave-hunters. She liberated herself a second time with only her two daughters, leaving her two sons behind. One of her sons, Levin Jr, died in the Maafa, from excessive flogging. The other, Peter, bought his freedom 40 years after he was born. Charity Still became a matriarch of the American abolition movement and witness to the development of the Underground Railroad. Her courage is still celebrated by her descendants today.

Charity (who was named Sidney) was born in the Maafa/Atlantic slavery around 1755, on a plantation on the Eastern Shore of Chesapeake Bay, in Maryland. She was raised by her mother with at least three other sisters. When she was a young girl, she witnessed her father’s death. Her father was shot through the head and killed by a drunken plantation slaveholder. The trauma of the event, made her vow that she would not meet a similar fate.

Charity met and married Levin Still while they were both enslaved in Maryland. Her husband’s ancestors had arrive in South Jersey, from Guinea, Africa, on a Dutch slave ship during the mid-1600s. According to oral and written histories, her husband’s family developed their own community while still in bondage and were among the original settlers of Lawnside, NJ, which was incorporated in 1926; and is believed to be the first self-governing, overwhelmingly African-American town in the North (It remains 94 percent African-American and full of Stills—perhaps as many as 100 members of the extended family.)

At some point after the family’s arrival in south Jersey, several of them were sold south to the Eastern Shore, In 1804, New Jersey passed a gradual manumission act, which encouraged Still and her husband to fulfill their dreams of freedom for themselves and their children, and to live in South Jersey. Declaring to his enslaver that “I will die before I submit to the yoke,” Still’s husband tried to buy his freedom for himself and his family but was unsuccessful. He was allowed to buy his own free papers, but Still was told that she and her children must remain in bondage.

The couple had four children together before Levin was able to buy his own freedom and move to Lawnside, New Jersey. Despite the impossible odds against her, within weeks of her husband’s departure, Still escaped with her four children: Levin Jr (seven), Peter (five), Mahalia (three), and Kiturah (still an infant). Watching by day and traveling by night, through river and wilderness, and in spite of fatigue, bad weather and hunger, she reunited with Levin Still in New Jersey. However, a few months later, their new home was raided by slave hunters and Still and all the children were shackled and returned to Maryland.

However, as soon as the opportunity presented itself, she exchange word along the grapevine with her husband and once again set off to the North. This time she took only her two daughters believing that her sons would be safe until Levin could come back and take them away. So she left the boys with her mother. Her knowledge of the sexual exploitation of women and girls in bondage, was the reason she took her daughters with her. During her second escape she stopped using her name Sidney and became known as Charity.

The long and arduous journey took it’s toll. Kiturah became ill before they could reach their destination and she had to leave her with a family who had assisted them along the way. Later Levin came back for Kiturah and brought her to safety.

For Levin Jr and Peter, the escape proved to be a disaster. Upon discovering Still’s escape, her enslaver sold her sons. For years she grieved, believing that she would never see her sons again. Indeed, she never saw Levin Jr again. He had been sold to a Kentucky brickyard owner who later bequeathed him to a kinsman in Alabama where he died from excessive flogging.

Peter eventually gained his freedom and reunited with Charity Still in 1850. After buying his freedom, he traveled to the Office of the Vigilance Committee of Philadelphia where he told the story of his search for his mother. Entirely by chance he told his story to his brother, William Still. The story of this amazing coincidence was widely reported in northern newspapers.

Charity Still died in 1857, aged about 82 years. She had had eighteen children. Among them were William Still, who coined the term “Underground Railroad; Dr. James Still, a homeopathic physician and philosopher known as “the Black Doctor of the Pines”; and Peter Still headlined in newspapers of his day as “the Man Who Bought Himself”. Among her grandchildren was Caroline Still Anderson (1848-1919), who became a medical doctor. Another grandchild was James Thomas Still who graduated from Harvard Medical school in 1871, and pursued a successful career in medicine and public service.

The descendants of Charity and Levin Still continue to hold regular reunions in New Jersey, more than two hundred years after the couple met. In 1987, more than 300 of Still’s descendants came together in historic Lawnside, NJ, to celebrate the 118th Still family reunion. On that occasion a toast was given to Charity Still with the words, “the woman whose courage and determination to find freedom for herself and her family helped strengthen the bloodline of our great family. Endowed with her tenacious spirit, our forefather helped to shape history. Because of her example, among us here today disproportionate to the odds, are scientists, teachers, models, musicians, sport figures, doctors, military heroes, air pilots, lawyers, and business men and women representing the generation of our great family matriarch Charity (Sidney) still, a runaway slave, family and community builder.”

The Still Family Society, which meets monthly, has three Still family history books, The Early Recollections and Life of James Still; Kidnapped and Ransomed, the memoirs of the runaway slave Peter Still; and The Underground Rail Road, the memoirs of the nineteenth-century William Still.

The Other Land From: Early Recollections and Life of James Still

Through this dark wilderness

We all must travel on, To a land unseen by mortal eyes,

Where many thousands have gone.

Beyond this vale there is a land,

Where night is changed to day.

Nothing there to mar our peace,

Or clouds to pass away.

A happy home where the good may rest,

No sorrow there may come.

For tears are wiped from every eye,

In that heavenly, happy home.

No sorrow there, or crying heard,

Joy is the crown all wear,

Robed in linen clean and white,

While conquering palms they bear.

There candles we shall never need

To light our path along,

The Lamb himself is the light thereof,

The theme of harp and song.

The streets are of transparent gold,

Rivers of life do flow,

Where all may drink and drink again,

Till they God’s fullness know.

Source:
Past and Promise: Lives of New Jersey Women by The Women’s Project Of New Jersey
https://en.wikipedia.org/wiki/Charity_Still
https://www.awesomestories.com/asset/view/Peter-Still-and-Charity-Still

“I’ve come to take you home”: A Tribute to Sarah Baartman by Diana Ferrus