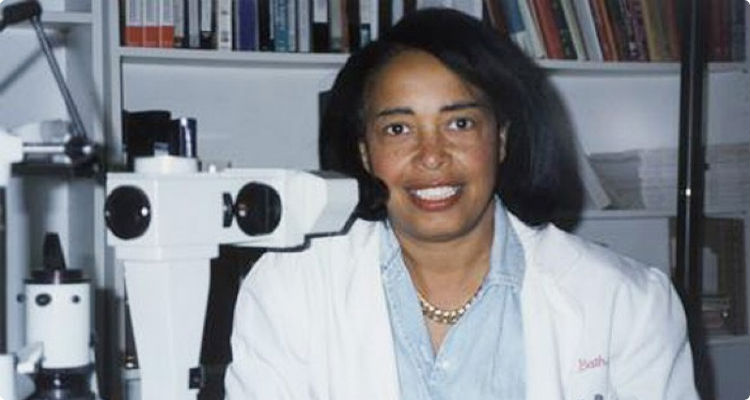 Patricia E Bath discovered and invented laserphaco, a new device for cataract surgery. Bath is also the first Black woman doctor to receive a patent for a medical purpose. An ophthalmologist and laser scientist, Bath advocates for blindness prevention, treatment and cure. In 1974 Bath became the first woman ophthalmologist to be appointed to the faculty of the University of California at Los Angeles School of Medicine Jules Stein Eye Institute. In 1983, she was the first woman to chair an ophthalmology residency program in the United States. The holder of four patents, she also founded the company of the American Institute for the Prevention of Blindness in Washington, D.C. 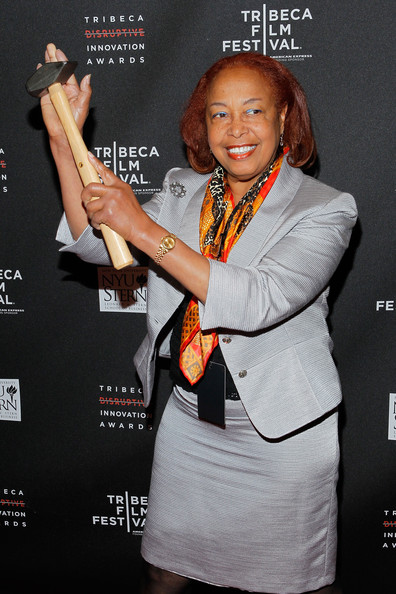 Born on November 4, 1942 in Harlem, Manhattan, Bath was the daughter of Rupert and Gladys Bath. Her father, an immigrant from Trinidad, was a newspaper columnist, a merchant seaman and the first Black man to work for the New York City Subway as a motorman. Her mother decided to to be homemaker while her children were young, then later became a housekeeper to help fund her children’s educations. Her mother taught her the importance of reading from a young age which helped lead to an interest in academics. A gifted student with a love for math and science, Bath attended Charles Evans Hughes High School where she received her diploma in just two and a half years.

Bath’s dedication to a life in medicine began when she first heard about Dr. Albert Schweitzer’s service to lepers in the Congo. She applied for and won a National Science Foundation Scholarship while attending high school; this led her to a research project at Yeshiva University and Harlem Hospital Center on connection between cancer, nutrition and stress which helped her interest in science shift to medicine. The head of the researched program realized the significance of her findings during the research and published them in a scientific paper that he later presented. In 1960, still a teenager, Bath won the “Merit Award” of Mademoiselle magazine for her contribution to the project.

Bath received her Bachelor of Arts in chemistry from Manhattan’s Hunter College in 1964. She relocated to Washington, D.C. to attend Howard University College of Medicine, from which she received her medical degree in 1968. During her time at Howard, she was president of the Student National Medical Association and received fellowships from the National Institutes of Health and the National Institute of Mental Health. Bath interned at Harlem Hospital from 1968 to 1969, and completed a fellowship in ophthalmology at Columbia University from 1969 to 1970. Following her internship, she served her residency in ophthalmology at New York University from 1970 to 1973, the first African American to do so in her field.

In 1967, Bath traveled to Yugoslavia to study children’s health which caused her to became aware that the practice of eye care was uneven among racial groups and poor populations, with much higher incidence of blindness among her Black and poor patients. As a result, she proposed a new discipline, known as “community ophthalmology”, which is now operative worldwide. Community ophthalmology combines aspects of public health, community medicine, and clinical ophthalmology to offer primary care to underserved populations. Volunteers trained as eye workers visit senior centers and daycare programs to test vision and screen for cataracts, glaucoma, and other threatening eye conditions. This outreach has saved the sight of thousands whose problems would otherwise have gone undiagnosed and untreated. By identifying children who need eyeglasses, the volunteers give these children a better chance for success in school. Bath also persuaded her professors from Columbia to operate on blind patients at Harlem Hospital Center, which had not previously offered eye surgery, at no cost.

Bath married and had a daughter Eraka, born 1972. While motherhood became her priority, she also managed to complete a fellowship in corneal transplantation and keratoprosthesis (replacing the human cornea with an artificial one).

After completing her education, Bath served briefly as an assistant professor at Jules Stein Eye Institute at UCLA and Charles R. Drew University of Medicine and Science before becoming the first woman on faculty at the Eye Institute. As she notes, when she became the first woman faculty in the department, she was offered an office “in the basement next to the lab animals.” She refused the spot. “I didn’t say it was racist or sexist. I said it was inappropriate and succeeded in getting acceptable office space. I decided I was just going to do my work.” By 1983 she was chair of the ophthalmology residency training program at Drew-UCLA, the first woman in the USA to hold such a position.

Despite university policies extolling equality and condemning discrimination, Bath experienced numerous instances of sexism and racism throughout her tenure at both UCLA and Drew. Determined that her research not be obstructed by the “glass ceilings,” she took her research abroad to Europe. Free at last from the toxic constraints of sexism and racism her research was accepted on its merits at the Laser Medical Center of Berlin, West Germany, the Rothschild Eye Institute of Paris, France, and the Loughborough Institute of Technology, England. At those institutions she achieved her “personal best” in research and laser science.

In 1978, Bath co-founded the American Institute for the Prevention of Blindness, for which she served as president. In 1993, she retired from UCLA, which subsequently elected her the first woman on its honorary staff. She served as a professor of Ophthalmology at Howard University’s School of Medicine and as a professor of Telemedicine and Ophthalmology at St. Georges University. She was among the co-founders of the King-Drew Medical Center ophthalmology training program.

Bath has lectured internationally and authored over 100 papers.

Bath holds four patents in the United States. In 1981, she conceived of the Laserphaco Probe, a medical device that improves on the use of lasers to remove cataracts, and “for ablating and removing cataract lenses”. The device was completed in 1986 after Bath conducted research on lasers in Berlin and patented in 1988, making her the first African-American female doctor to receive a patent for a medical purpose. The device — which quickly and nearly painlessly dissolves the cataract with a laser, irrigates and cleans the eye and permits the easy insertion of a new lens — is used internationally to treat the disease. Bath has continued to improve the device and has successfully restored vision to people who have been unable to see for decades.

Three of Bath’s four patents relate to the Laserphaco Probe. In 2000, she was granted a patent for a method she devised for using ultrasound technology to treat cataracts.

Bath has been honored by two of her universities. Hunter College placed her in its “hall of fame” in 1988 and Howard University declared her a “Howard University Pioneer in Academic Medicine” in 1993.