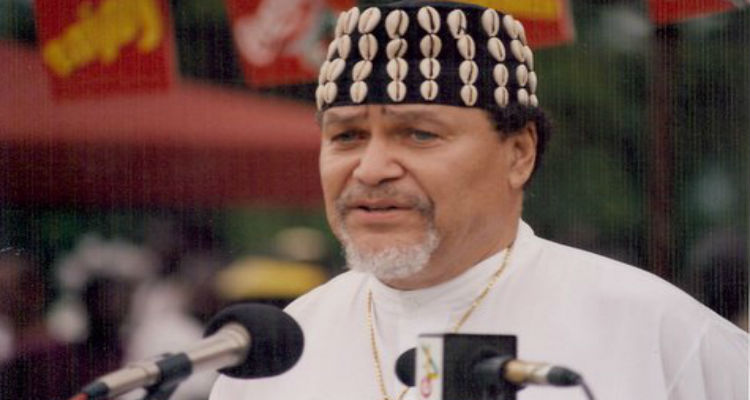 “To know Dr. Hilliard was in some respects to know Africa.”

Hilliard was born in Galveston, Texas, on Aug. 22, 1933. He attended the University of Denver, earning his Bachelors of art degree in 1955. Soon after he began teaching in a Denver public school until 1960, followed by him teaching as a fellow at the University of Denver. He would remain there to complete his Master’s degree in counseling in 1961 and his EdD degree in educational psychology in 1963. After graduation with his doctorate degree, he accepted a faculty position at San Francisco State. In his eighteen years at San Francisco State, Dr. Hilliard served at department chair and dean of education. Outside of the university, he served as a consultant to the PEACE Corps and superintendent of schools in Monrovia, Liberia. Hilliard has also served on the National level at the Department of Educational Policy Studies and the Department of Education Psychology and Special Education.

As an education psychologist, Hilliard also had a passion for African history and culture. He was a founding member and served as vice president of the Association for the Study of Classical African Civilizations and a founding member of the National Black Child Development Institute.

Dr. Hilliard has authored more than a thousand publications including journal articles, magazine articles, special reports, chapters in books, and books. Some of his publications include The Maroon Within Us: Selected Essays on African American Community Socialization (1995); SBA: The Reawakening of the African Mind (1997), and African Power: Affirming African Indigenous Socialization in the Face of the Cultural Wars (2002), to name a few. He also co-wrote Teachings of Ptahhotep: The Oldest Book in the World (1987)  and Young Gifted and Black: Promoting High Achievement Among African American Students (2004). Additionally, he edited Testing African American Students, Nos 2 and 3: Special Issue of the Negro Educational Review (1990).

Hilliard was the recipient of the Outstanding Scholarship Award from the Association of Black Psychologists; the Morehouse College “Candle in the Dark Award in Education;” American Evaluation Association, President’s Award; Republic of Liberia Award as Knight Commander of the Humane Order of African Redemption; and the National Alliance of Black School Educators, “Distinguished Educator Award.” Hilliard was an American Psychological Association fellow and a recipient of honorary degrees from several institutions.

In 2001, Dr. Hilliard was enstooled as Development Chief for Mankranso, Ghana and given the name Nana Baffour Amankwatia, II, which means “generous one.” Dr. Hilliard spent more than thirty years leading study groups to Egypt and Ghana, as part of his mission of teaching the truth about the history of Africa and the African Diaspora. He co-chaired the First National Conference on the Infusion of African and African- American Content in the School Curriculum in Atlanta. Dr. Hilliard was a founding member and First Vice President of the Association for the Study of Classical African Civilizations and a founding member of the National Black Child Development Institute. Dr. Hilliard was also a key advisor for the African Education for Every African Child Conference, held in Mali and sponsored by the government of Mali.