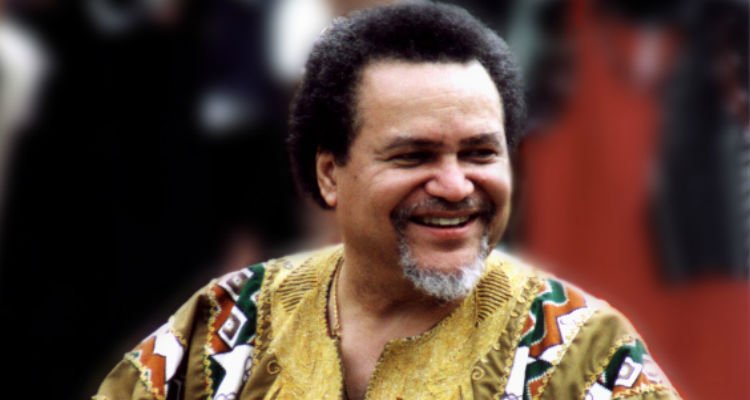 “Racism is really a mental disorder. Manifestation of racist behaviour as a result of domination are the denial of reality, perceptual distortion, delusion of grandeur, phobias in the face of differences, and projecting blame (blaming the victim). Europeans had to lie to themselves about what Africa was and had been, and to keep that information going one adapts to unreality. So when you see reality it is necessary to deny it. So denial of reality would be, to look at the population of Kemet (ancient Egypt) and say it was a whyte population. That is flat out denial of what the facts say. It is not true that the whyte group is superior to anyone and to believe in that is a psychological distortion of reality.” 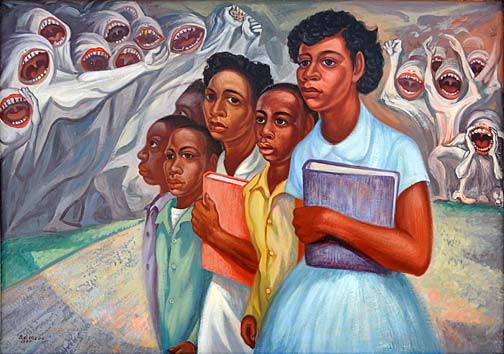 “We have a basic decision to make. To be African or not to be.” 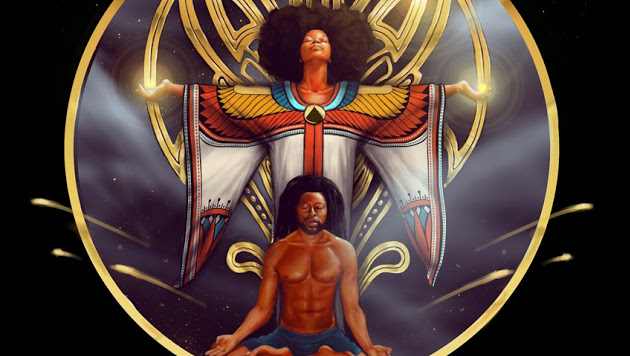 “I have never encountered any children in any group who are not geniuses. There is no mystery on how to teach them. The first thing you do is treat them like human beings and the second thing you do is love them.” 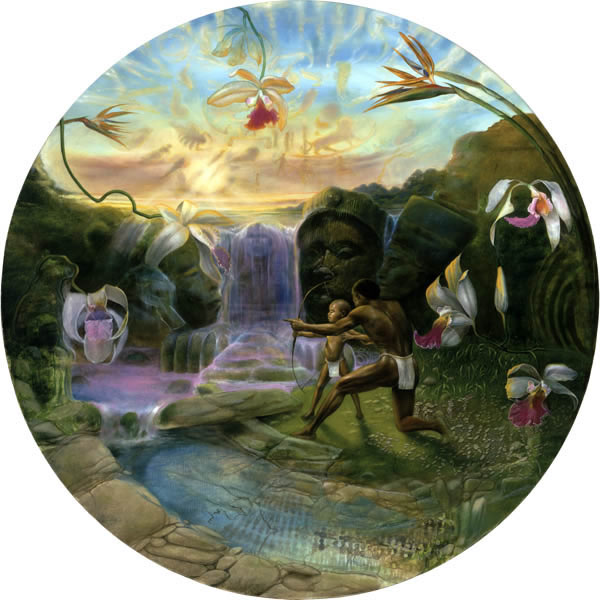 Consider carefully that the following ten things account for our overall lack of a sense of unity and direction:
1. We let our names go. The first step towards disorientation is to surrender your name.
2. We have surrendered our way of life (culture). We have stopped speaking the language we knew and we have stopped behaving as African people behave. We have lost our way of doing things and we have adopted they ways of people unlike ourselves.
3. We have lost our appetite because we have lost our names and our culture. Even when those among us recreate our culture and present it to us, we no longer have an appetite for it. We have a greater appetite for the culture of people other than ourselves.
4. We have a general loss of memory. Few of us can tell the story of our people without beginning it with the MAAFA (slavery). It is as if the MAAFA was the only that happened to African people.
5. We have created false memories. Not only have we lost the true memory of African people, we now have a host of other memories which are totally removed from the truth. Not only are our memories of African people untruthful, but the memories we have of Europeans are also untruthful, and the memories we have about the rest of the world are untruthful as well.
6. We lost our land. It now seems as if we no longer have an appetite for land. We lost our land in African, and Africans in the Diaspora are losing what little land they once held. Anytime you lose your mooring on the land, you lose your capacity to protect your possessions.
7. We have lost our independent production capacity. We have become consumers rather than producers. It is a shame that we don’t even produce something as simple as a “natural comb”. We have to purchase combs that are made as far away as Korea. Almost anybody should be able to make something as simple as a little piece of plastic.
8. We have lost independent control of ourselves. We have little or no control of our educational process, our economic situation, our communications, or our politics.
9. We have lost sensitivity. We have lost the ability to perceive when people are doing things to us which are detrimental. We accept inaccurate perceptions without criticism.
10. As a cumulative result of all of these things, we have lost our solidarity…our unity. When we lost our unity, we lost our political advantage, economical advantage, and even our mental orientation. We lost a clear sense of wholeness, continuity, and purpose. 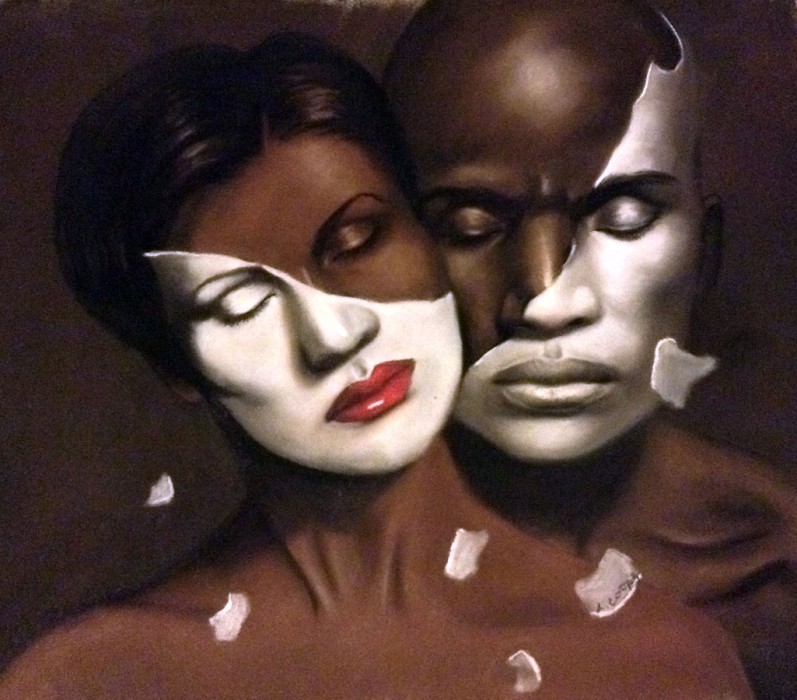 “Many of us do not know it, but African people have thousands of years of well-recorded deep thought and educational excellence. Teaching and the shaping of character is one of our great strengths. In our worldview, our children are seen as divine gifts of our creator. Our children, their families, and the social and physical environment must be nurtured together. They must be nurtured in a way that is appropriate for a spiritual people, whose aim is to “build for eternity.” What a pity that our communities have forgotten our “Jeles” and our “Jegnas,” our great master teachers. What a pity that we cannot readily recall the names of our greatest wise men and women. What a pity that we have come to be dependent on the conceptions and the leadership of others, some of whom not only do not have our interests at heart, they may even be our enemies. Some actually seek to control us for their own benefit through the process of mis-education.” 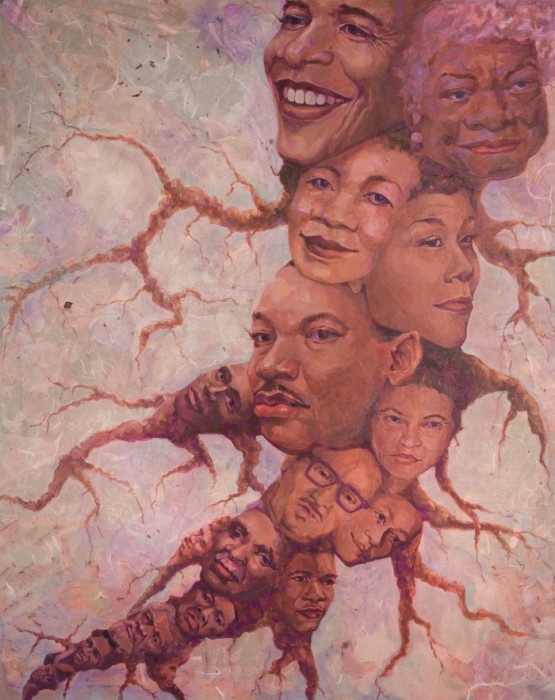 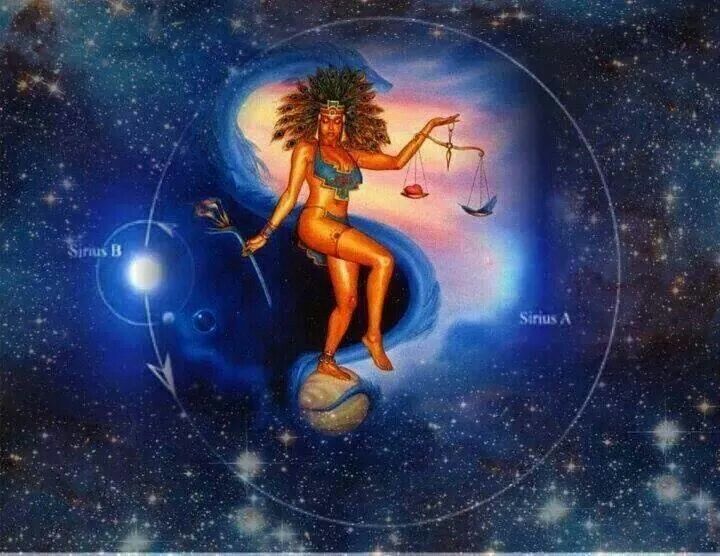 Cutts: You keep referring to yourself as an African. Why?
Hilliard: I am an African. I am also American, but that’s my national identity. My ethnic identity is African.
Cutts: Do you ever describe yourself as Black?
Hilliard: I may have in the past, but that just refers to my phenotype and does not indicate, include my ethnic identity. I am phenotypically Black. I am perceived by others as Black. And that’s fine. But ethnically and culturally, I am African. 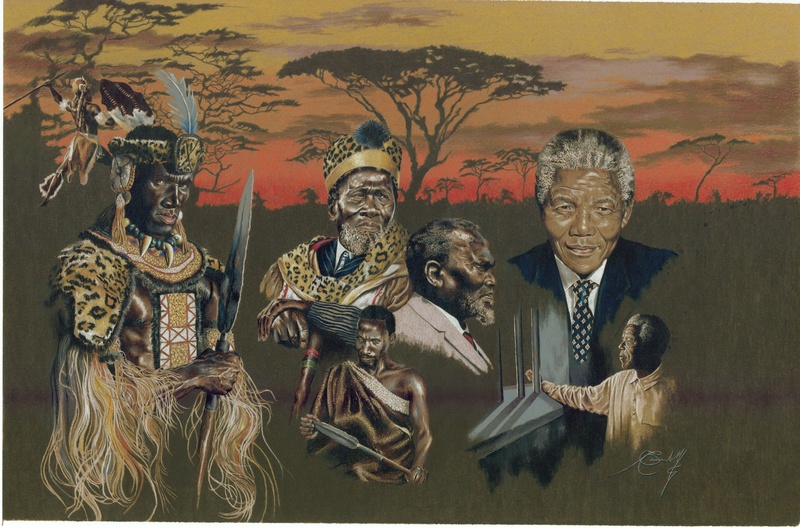 “There are a series of processes that I call the “Dynamics of Domination.” In order for one group of people (in this case Europeans) to control an African population, it was necessary, first, to erase African memory. To erase or to suppress memory is a psychological operation which disables anyone as an individual who has memory. The memory of one’s group history. When a group loses its historical memory, its disable. Secondly, to suppress the practice of African culture. Third to teach white supremacy. Fourth to control the institutions of socialization, to prevent African people from educating their own children, and from sending their own messages through the media, etc. The control of wealth. And finally physical segregation. These are the historical activities that Europeans engaged in, in order to conquer the Continent, to enslave people, to practice segregation.” 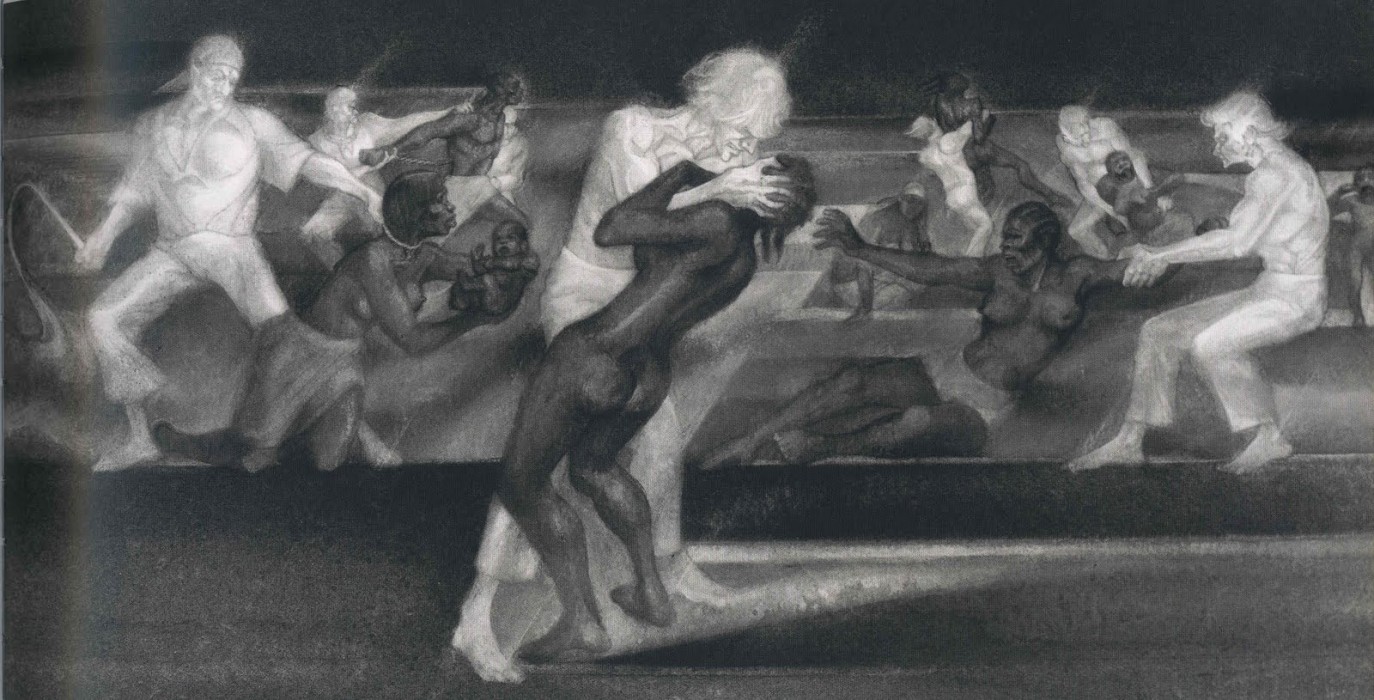 “There is no way around serious and disciplined study. Africans should study individually and in groups.” 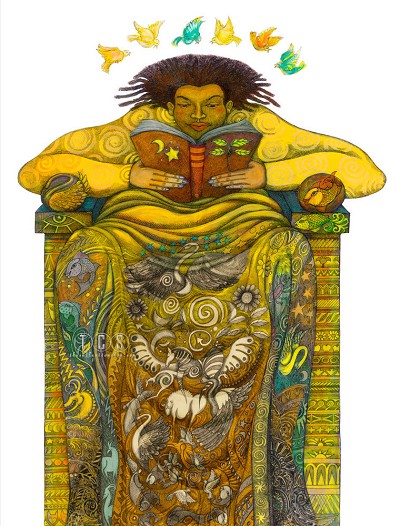 In most places where people raise sheep, a special dog with a special training is used to watch a flock of sheep. If one of the sheep wanders, the sheepdog will bring it back. This dog will protect the sheep flock from all other animals, including other dogs. When the sheepdog is with his master, it is usually described as loyal, gentle, and intelligent. But the most striking part of the sheepdog’s behaviour are all from the point of view of the master and involve the master’s needs. The dog’s own needs are not really considered, other than to determine how those needs may be used by the master to make the dog do what the master wishes.

How does this happen? How does a dog come to loose interest in it’s own independent direction or in the direction which, as a member of a “dog family,” is expected to keep? This is how it is done: At birth, the puppy is separated almost at once from all other dogs – from its brothers and sisters, from its family. It is then placed into a pen where there are nothing but sheep, including young lambs who are nursing. In its normal drive to satisfy hunger, it seeks out a ewe and tries to nurse from her, along with the other lambs. When it is successful, it continues, and is raised with sheeps and lambs until until it is sufficiently developed to be trained. Notice here that it continues to look like a dog as well. It will leave the track of a dog and have the speed and stregnth of a dog. Yet, while it has the intelligence of a dog it will develope the mind of a sheep! Once that happens, it no longer acts like, or in the interest of itself as a dog, or in the interest of other dogs. Notice also that this dog has mastered the “basic skills,” from its master’s point of view. It would have passed very high on the “D.A.T.” “Dog Aptitude Test.” Moreover, it will see its own brothers and sisters as “the enemy” since this dog does not know them as brothers or sisters.

What does this story teach? For the dog’s master to work his will with the dog, he establishes a training, not an eductional process that had certain key features in it:

1. The dog was separated from its family and group at an early age.
2. It was continually isolated from them during its learning years.
3. It was placed into a sheep’s (alien) environment.
4. It was fed a sheep’s (alien) diet.
5. It was given a “special education”
6. It was totally dependent upon the master and never allowed to hunt for itself.
7. All the decisions about its training were made outside of the family and without its consultation.

Now one can see what must have happened to the dog so that it will dedicate its life to the service of others while seeing his own family as the enemy. Because of separation, it lost its people’s collective memory or history. Without memory or history, neither the present nor the future can be interpreted. This is the first step towards developing dependency. The dog becomes totally dependent on the knowledge and interpretations of others. Because of isolation from its “people,” it can not learn the normal survival rules and agenda for dogs. It can not learn from the experiences of other dogs nor test its sense of reality with theirs. It even loses opportunity to learn dog “language” so that it can “ask the questions” later on.

Because it grows up in a sheep’s environment, it begins to live in a world of illusions, seeing itself as a sheep. Because it is nurtured on an alien diet, it comes to crave that diet and to depend upon those who could provide it, since it cannot produce the diet for itself. Because of its “special education” it accepts training and confuses it with education (critical awareness). Because it is dependent, it can never challenge the master or “bite the hand that feeds it.” Because none of the decisions about its training or education can be made by its parents, family, or community, and because it can only agree or disagree with what is provided, it becomes a living, breathing, highly skilled, and quite intelligent, robot. But to all outward appearances, few would ever know. 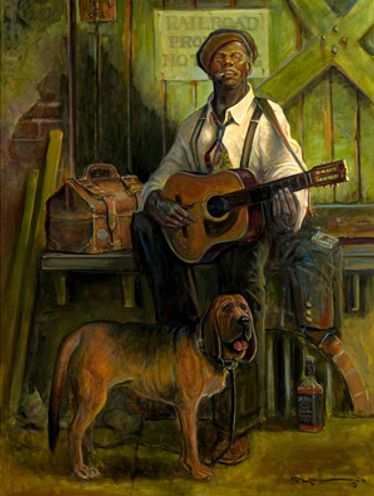 It is “Nothin but a hound dog” – John Carroll Doyle

These are amazing and insightful!

I met and worked with Asa Hilliard on several occasions in San Diego California. He was a gift to all African-American children and a gift to all children; but he cared about the African-American child most of all. He lived his life to uplift them to hold them to a higher standard and to educate them with truth and knowledge about who and what they are and more importantly who’s they are and where they came from. He let me know that we begin with a story from Africa not the story from the shores of the American continent. As I said before I will always cherish him and I miss him.