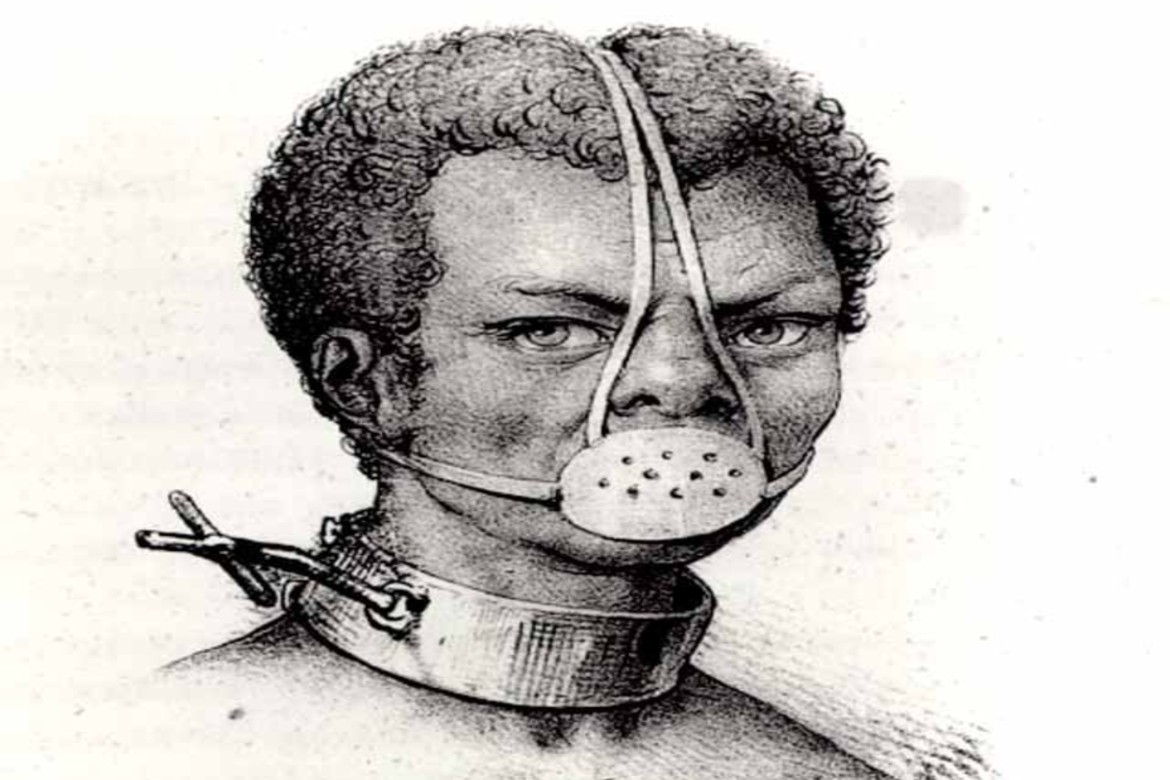 Every day, at the Noir de Rio Museum, hundreds of people venerate an image of a Black woman wearing a mask and collar. They pray… 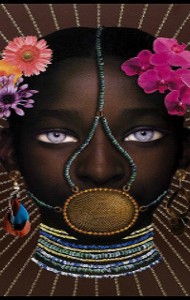 “Anastacia, holy Anastasia,
You who were borne by Yemenja, our mother,
Give us the strength to struggle each day
So we may never become slaves,
So that, like you, we may be rebellious creatures
May it be so. Amen”

Anastacia was a blue-eyed Black beauty, now revered as a saint, for her strength in enduring hardship during the Maafa/Atlantic Slavery in Brazil. She is considered one of the most important women in Black history within the Brazilian culture of Rio de Janeiro.

According to the oral tradition, from the late 19th and early 20th century, Black Brazilians have been venerating the image of an enslaved woman with piercing blue eyes and wearing an oppressive face mask. Then in 1968 she took on the status of a Saint when a portrait of her wearing a punishment face mask was found in the back of a church.

In the 1980s, Anastacia became a mythic heroine, especially among Afro-Brazilian women, soon after her story was disseminated in church pamphlets. In 1984, an effort funded by the oil company Petrobras to officially canonize Anastacia brought her considerable attention. Seen as a symbol of racial harmony, her popularity expanded rapidly. There were radio dramatizations of her life and on television a popular miniseries and investigative reports were produced. She was also integrated into the Umbanda faith as one of the pretos velhos, “old black bondpeople”. 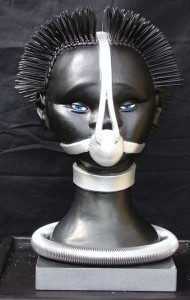 In 1987, the Catholic Church declared that Anastacia never existed and her image was removed from Church-owned properties. However, by this time, several independent shrines had been erected in Rio which exist to this day. Some continue today petitioning Rome, to have her canonized as St. Anastacia of Rio

Legend has it that she was the child of an Afrikan woman brought from the west coast of Africa to Brazil. Her mother had been raped by her whyte enslaver. Anastacia was conceived from this trauma and became the first Black child to be born with blue eyes in Brazil. The cruelty and guilt of this plantation enslaver drove him to have the baby sent far away, concealing from his European wife his indiscretion as well as his violence.

Another story linked Anastacia’s birth to the tale of Delminda. “Delminda was a daughter of royal birth of the Bantu people (originating in about 2,000 B.C.E. in southern Nigeria and Cameroon). She was brought to Brazil in 1740 with a cargo of 112 slaves. “One version of the story is as follows. Delminda was extremely pretty. She was sold in the harbor by Antonio Rodrigues Velho. She had been raped by a whyte man and was sold pregnant to Joaquina Pompeu. Delminda gave birth that same year on the 5th March to the blue-eyed Anastacia. She was the first black girl with blue eyes in Brazil…

Whether or not she was separated from her mother or remained with Delminda, all seem to agree, that Anastacia became the obsession of the enslaver’s son, Joaquin Antonio.”

Anastacia was so beautiful that all the European women around were jealous of her. This encouraged Joaquin to make her wear the mask, as a punishment for repeatedly refusing his advances. Anastacia suffered the same fate as her mother and was raped. After Joaquin raped her, he condemned her to wear the iron mask for the rest of her life, only removing it once a day for her to eat. She lived for some years before the toxicity of the metal from the mask became poisonous. 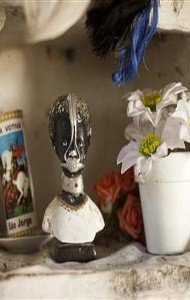 Another story tells a different tale. In this legend, Anastacia was an Afrikan queen taken to Brazil in the 17th century. As an enslaved housekeeper on a sugar cane plantation, Anastacia taught her people to worship their native Afrikan deities a strictly forbidden practice, under the guise of Christianity. When her deception was discovered, Anastacia was forced to wear an iron mask to prevent her from speaking and became the concubine of a guard who secretly loved her. Soon after, Anastacia died of gangrene, but not before her powers healed the sick and inspired hope of freedom among her fellow captive Afrikans.

However, another story proposes that Anastacia was repeatedly raped by the guard, but was successful in fending off attacks by the enslaver, thus inspiring women today to have strength against abusive husbands.

Apparently, the name Anastacia means “Resurrection” and was a common name given to bondwomen. Her legend has been considered an amalgam of the many enslaved women who inspired healing, beauty, and hope throughout the 300 years of the Maafa/Atlantic slavery in Brazil. Whatever, the truth of her story, Anastacia is now revered as the Saint of the poor of Rio and the descendants of bondpeople. She is worshipped by nurses, who see in her an exemplar of selfless healing. Prisoners also became devotees, seeing in her an inspiration to patience in captivity. Her image began to proliferate in Black beauty salons, as a model of the beautiful Black woman. There is a statue and a place of worship in Vas Lobo, where pilgrims flock to worship her. She has more than twenty-eight million followers.