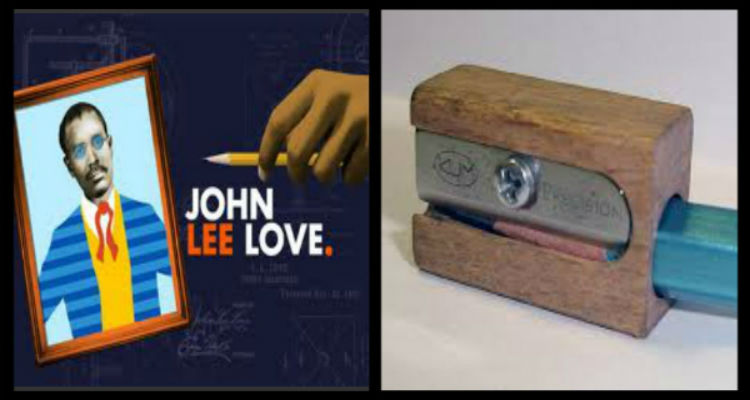 [dropcap size=small]J[/dropcap]ohn Lee Love was the inventor of the portable pencil sharpener, known as the “Love Sharpener.” Very little information exist about his life, although it is believed that he was born on September 26, 1889.

Love worked as a carpenter in the community of Fall River, Massachusetts. He applied for a patent for a portable pencil sharpener in 1897. His application specified that his invention was an “improved device” that could double as a paperweight or ornament. The design was simple, including a hand crank and a compartment to capture the pencil shavings. In John Lee Love’s invention the pencil is put into the opening of the sharpener and rotated by hand. It was known colloquially as the “Love Sharpener.” The sharpener has been in continuous use since it was first produced. Love’s sharpener was patented on November 23, 1897 (U.S. Patent # 594,114).

While the pencil sharpener was Love’s most successful invention, it was not his first. In 1895, he created and patented an improved plasterer’s hawk, used by plasterers and masons. Love’s design featured a detachable handle and a foldable aluminum board, making it portable and lightweight. This device is still used today. Love hired lawyers from New York and Boston firms to represent him while applying for both of his patents.

Love died on December 26, 1931, in a collision between a car and a train in North Carolina.