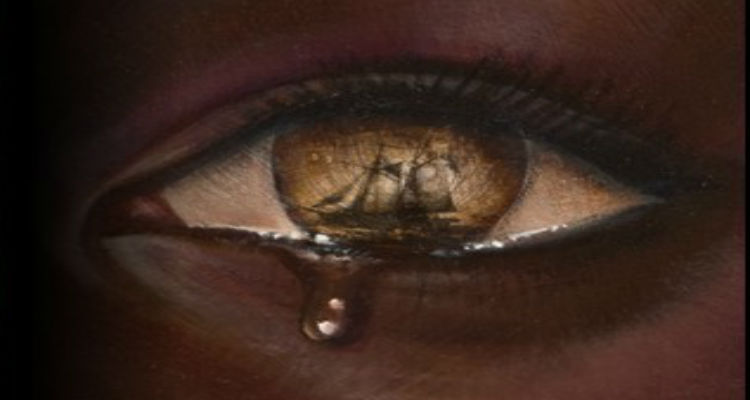 The Worst Sight by Kevin A. Williams|WAK, is a series of six paintings: Queen, King, Generation Lost (an elder), The Fishermen, The Washerwomen, and The Catch, in which the central theme is the painful issue of the Atlantic enslavement. From, 1619 to 1865, the African-American story was one of tragedy and trauma. Yet the African-American past is more than a horrific story of enforced immigration, slavery and oppression. It is also a past rich in courage, resilience and greatness. Kevin ‘WAK’ Williams is able to capture this duality of the African-American experience in The Worst Sight.

The first painting, Queen, captures a majestic African queen standing on the shores of the coast of Africa. As she looks out at the Atlantic ocean, her eyes behold ‘The Worst Sight’ ever seen, a slave ship approaching Africa. Tears flow from her eyes. She can feel evil in the air. Yet this queen, who will be captured and enslaved will become the mother of the African-American people. In 1619, a new branch of African history begins. 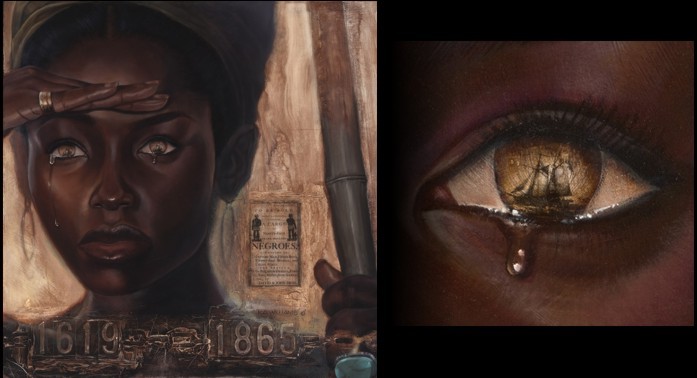 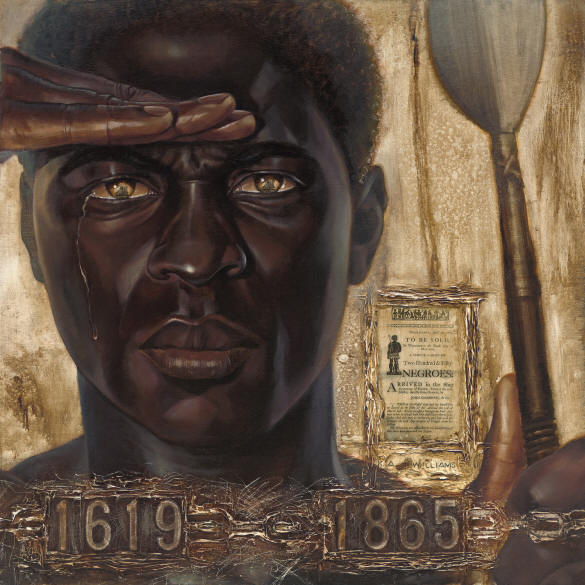 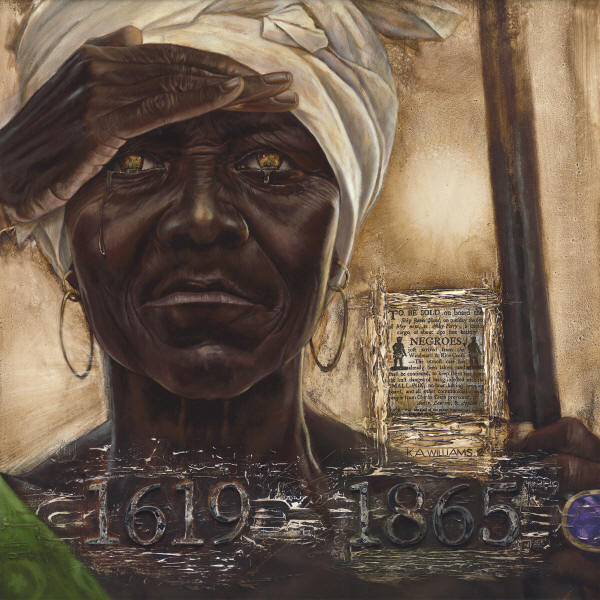 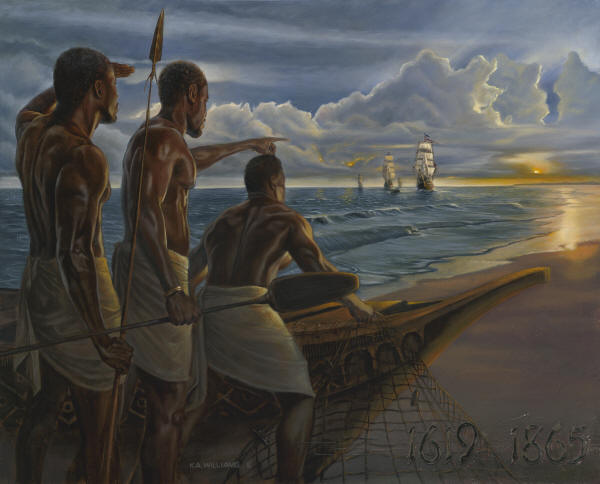 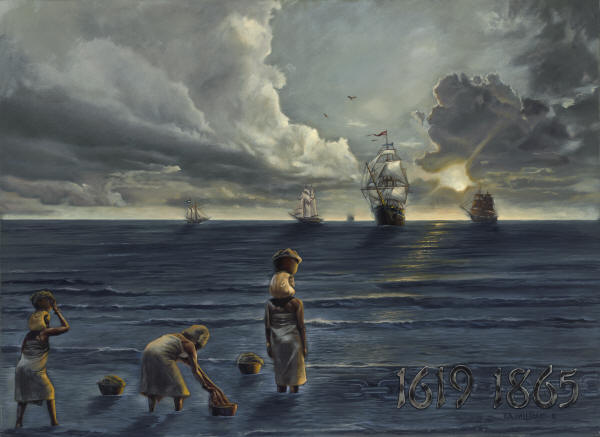 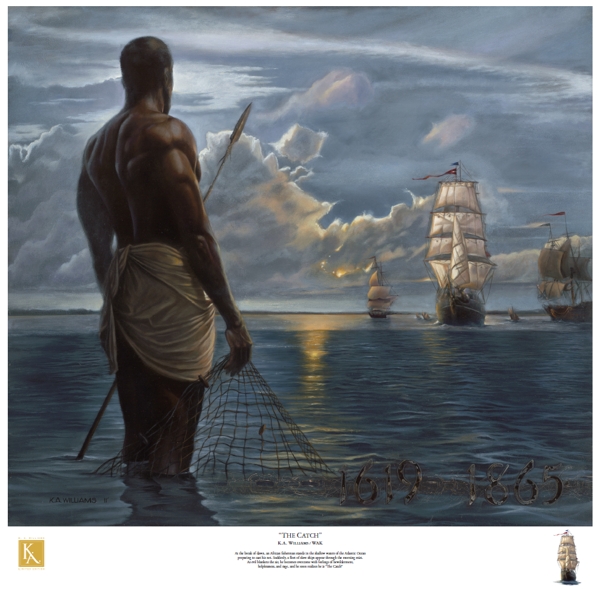 The Black Race, The Guardian of Water – a Native American prophecy?