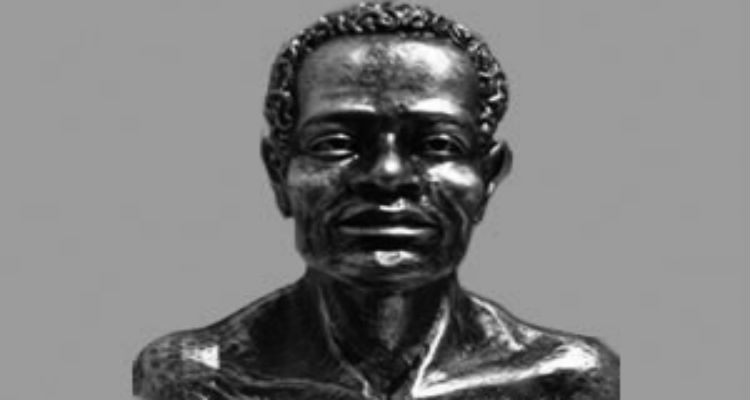 Alonso de Illescas was an Afro-Ecuadorian leader, and an icon for people of African descent in Ecuador. A symbol of struggle, resistance and intelligence, Illescas was the single most powerful person in the Esmeraldas region of colonial northwestern Ecuador in the sixteenth century. In 1997, the National Congress of Ecuador officially declared 2 October as the national day of Black Ecuadorians and thus gave formal recognition to Alonso de Illescas as a national hero.

Alonso de Illescas was born around 1528 in the region of Africa in Cape Verde. At the age of about 10 years, he was captured by slavers and taken to Spain. He was baptized and confirmed in Seville with the name of Enrique. He later took the name of his enslaver, the merchant Alonso of Illescas. He lived in Seville for seventeen years – learning the Spanish language, religion, culture, and how to play the vihuela (Spanish guitar) – before he was sent to the Caribbean to assist his enslavers. He first spent time on the island of Santo Domingo where his enslavers established a merchant enterprise which included clothing, cured meats, swords, horses, olive oil, wine, and the trafficking of Africans.

From the Caribbean he traveled to Panama and then to Peru, the silver-producing capital of the early Spanish Empire. Records indicate that he and Alvaro, one of his enslavers, were active in Peru by 1551. In 1553, he along with twenty-three “enslaved Africans from Guinea” departed the port of Panama on the southbound journey to Lima, Peru. The ship ran aground at the San Mateo Bay on the Esmeraldas coast, and stranded the crew, passengers, and the enslaved Africans onshore. They were forced to travel along ragged shorelines to reach the nearest settlement, Puerto Viejo. In the course of the journey, Illescas and the other Africans fled into the dense forest and claim their freedom.

Illescas, along with his fellow fugitives, struggled to survive at first, and had to make alliances with the local Nigua indigenous communities. The first leader of the group was an African named Antón. However, after Anton’s death, Illescas, was recognized as the new leader. He officially became the leader of his Maroon community in the late 1560s. Throughout the rest of the sixteenth century under his leadership, the community came to include Amerindians and even a few Europeans. Examples include the friar named Alonso de Espinosa, who served as a minister at the request of Illescas, and most notably Illescas’ chief assistant, a Portuguese soldier named Gonzalo de Avila, who remained among the Maroons after the unsuccessful military campaign of Martín de Carranza.

Similar to other maroon communities, Illescas’ communities’ inhabitants intermarried with the native communities, thus allowing him to establish a level of political authority and military power in the region. However, he had to assert dominance over another group of African Maroons, called the Mangaches that formed after another coastal shipwreck. The region’s remote geography with dense forests and mangroves and the indigenous inhabitants’ prolonged resistance to Spanish rule helped to enable the Maroon community to survive for generations.

In the 1570s Illescas’ Maroon community also began trading with Spanish ships that periodically stopped on the Esmeraldas coast. Illescas wanted to make peace with Spanish authorities in exchange for official recognition of himself and his community members as free Africans. In 1577, it was proposed that Illescas was appointed governor of the region and to give him the honorific title of “Don,” a form of address denoting noble status. This unprecedented honor for an African Maroon was a royal decree that would have made Illescas ruler of the province. In exchange he was supposed to persuade other leaders of the region, along with rival maroon bands, to settle at the mouth of the Esmeraldas River. Illescas’ attempt to do this led to internal warfare between both maroon communities and lowland native societies.

Near the end of Illescas’ life, he ruled his community with the help of two sons, Sebastián and Antonio. There is no historical record of Alonso de Illescas after the 1590s. Therefore, he must have died in the Esmeraldas region at some point between 1587 and 1596. While Illescas did not live long enough to witness a peace agreement with the Spanish, it was achieved. His son Sebastián obtained the title of Don and was recognized as leader over the Illescas Maroons by 1600. Illescas’ family ruled Esmeraldas for at least two more generations.