“In all of us there is a hunger, marrow deep, to know our heritage – to know who we are and where we came from. Without this enriching knowledge, there is a hollow yearning. No matter what our attainments in life, there is still a vacuum, an emptiness, and the most disquieting loneliness… Roots is not just a saga of my family. It is a symbolic saga of a people. Every Black person in this country has the same ancestral background. Every one of us crossed the same ocean on a slave ship, ended up on the same plantations.”
~Alex Haley

Roots: The Saga of an American Family, is one of the most important books and television series ever to appear.  The book became an international bestseller published in more than 30 languages with six million copies sold; and the miniseries was watched by an astonishing 130 million people. The novel also won both the Pulitzer Prize and the National Book Award.

In 1964, Alex Haley visited the British Museum in London. There he saw the Rosetta Stone, an ancient rock from Kemet (ancient Egypt) covered with hieroglyphics. Haley was fascinated by the process scientists used to decipher the messages written on the stone, and wondered if he could use the same approach in deciphering the strange African words he had learned from his grandmother. He sought the help of linguist Jan Vansina who identified them as Mandinka, the language of the Mandingo people who lived along the Gambia River. Haley also traveled to the National Archives in Washington, D.C., and located another ancestor in the census records for Alamance County, North Carolina.

Haley began in earnest his quest for more information concerning his forebears. For nine years Haley traced his origins and recorded his findings in volumes of notes. He spent 6,500 hours in 57 libraries and archives, and looked over 1,023 shipping documents. He discovered the ship’s log for the Lord Ligonier, which had sailed from Gambia in 1767 with a cargo of African people and docked in Annapolis (Maryland)—the “Naplis” of his grandmother’s tale. Haley believed that Kunta Kinte was one of 98 Africans brought to Annapolis aboard the ship. 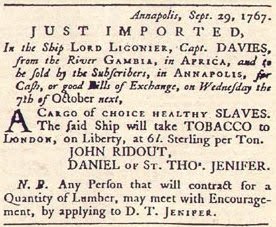 Haley traveled to remote villages in Gambia and listened for hours to the village griot—a storyteller, telling stories about the people’s history and genealogies—enabling him to locate sixth cousins who were descended from brothers and sisters of Kunta Kinte. In all, Haley visited more than fifty libraries and archives on three continents before he even began to write the story of Kunta Kinte, his proud daughter Kizzy, and their descendants who made the difficult transition from the Maafa (slavery) to freedom.

On one of his journeys from Africa to America, Haley lay in the hold of the ship, naked and freezing, in order to get a sense of what his forefather went through. In an interview with People magazine, he descried how the anguish made him contemplate suicide. “On the fourth night out,” he remembers, “I went to the stern and stood at the railing. I felt all my troubles rolling in on me. I owed money to everybody I knew. They were asking me when I would finish this interminable book, and I was lying. I told them six months when I knew I had years of work ahead of me. I thought to myself, ‘All I have to do is step over this railing and drop into the sea, and I’d be out of my misery.’ ” However, he heard the voices of his ancestors urging him to go on. “I heard voices—Kunta, Kizzy, Chicken George and my grandmother—telling me, ’No, you must go on and finish it.”

Roots was immediately successful, garnering a slew of positive reviews and debuting at #5 of The New York Times Best Seller list (with The Times choosing to classify it as non-fiction). By mid-November, it had risen to the #1 spot on the list. The television adaptation of the book aired in January 1977, further fueling book sales. Within seven months of its release, Roots had sold over 1.5 million copies.

In total, Roots spent 22 weeks at the #1 spot on The Times’ list, including each of the first 18 weeks of 1977, before falling to #3 on May 8. It did not fall off of the list entirely until August 7. Ultimately, it was on the list for a total 46 weeks. Together, the success of the novel and its 1977 television adaptation, sparked an explosion of interest in the fields of genealogy and researching family histories.

Haley earned a Pulitzer Prize special award in 1977 for Roots. 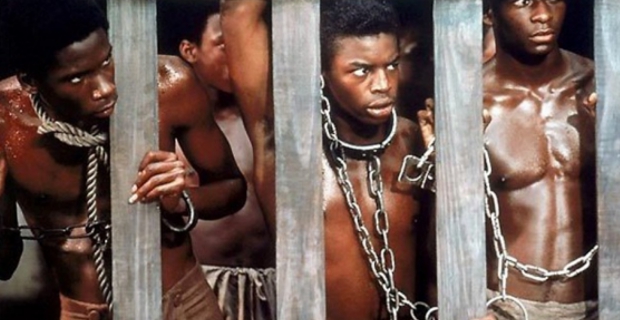 Roots was made into a television miniseries that aired over eight consecutive nights in January 1977. The television miniseries garnered many awards, including nine Emmys and a Peabody. Newsweek reviewer Harry F. Waters declared, “In one swoop, [Roots] has demolished the myth that white America will not sit still for a black dramatic series, or for a work with a heavy socio-historic theme.”

Following the success of the novel and the miniseries, Haley was accused by two authors of plagiarism of their novels. Harold Courlander successfully asserted that Roots was plagiarized from his novel The African, published in 1967. The resulting trial ended with an out-of-court settlement and Haley’s admission that some passages within Roots had been copied from Courlander’s work; he said it was unintentional.

Over the years, both Roots and Alex Haley have attracted controversy. According to Haley, his 587-page masterpiece is a “faction,” a combination of fact and fiction. For Haley, Roots was a compelling personal mission. “Large doses of history have been written by the winners—from their perspective,” Haley said. “Ranking high among the half-truths and innuendos would be the meringue with which slavery and its legacies have been coated. The only way we can purge ourselves is to come to grips with the facts.”  However some scholars were critical of his portrayal of certain aspects of the Maafa traffic (slave trade), criticizing his blend of fiction and fact. These criticism did not hinder the success of the book and its legacy. The American public made Roots a bestseller and took its vision to heart. Roots emphasized that African Americans had a long history and did more to foster interest in black history and genealogy than any novel before or since. According to James Baldwin, the novel “is an act of faith and courage, but also an act of love and it is this which makes it haunting.”

Before the Mayflower: A History of Black America

Hole In The Head: A Life Revealed

The African Origin of Civilization: Myth or Reality