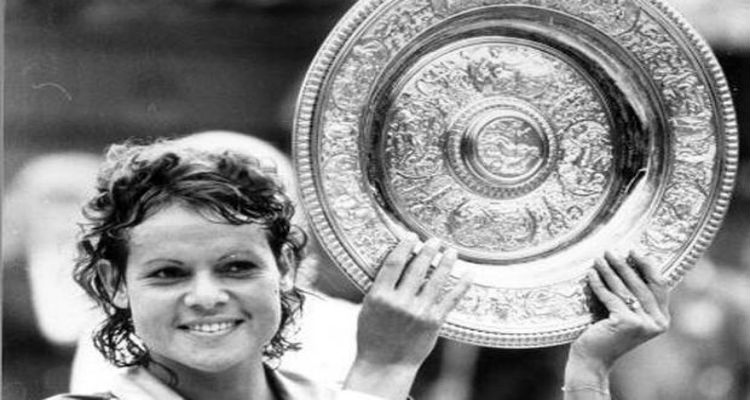 Evonne Goolagong Cawley, nicknamed the “Sunshine super girl” is an Australian former World No. 1 female tennis player. She was one of the world’s leading players in the 1970s and early 1980s. As a tennis champion, Evonne Goolagong captured the Australian Open four times and won Wimbledon twice (with victories coming almost a decade apart) and, by the time she retired from professional tennis, had amassed a record of 285 victories, with 19 career singles titles. She is the only mother to have won the Wimbledon title since before World War I. Goolagong is 12th on the list of all-time singles grand slam winners. 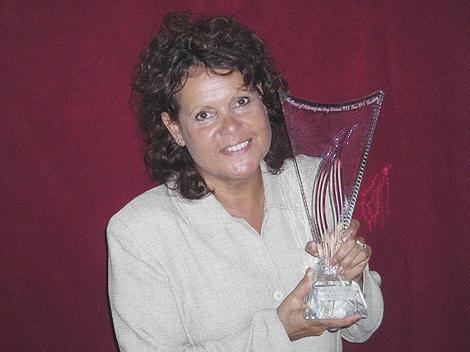 Evonne Fay Goolagong was born on July 31, 1951, in the town of Griffith, in New South Wales, Australia but grew up in the small country town of Barellan. The Goolagong family were the only Aborigines in Barellan. Her father Kenny was a hard-working sheep shearer, who gained notoriety for being able to shear 100 animals in a day. Her mother stayed home and took care of Goolagong and her seven brothers and sisters (Goolagong was the third of the eight children).

Her introduction to tennis came early, and at the age of five she had become a ball girl at the Barellan War Memorial Tennis Club, where she earned some change retrieving balls. By the time she was six, Goolagong had acquired her first tennis racquet—a gift from her aunt—and left behind the bat and rubber ball that she’d been using to practice with. In her town, Goolagong became renowned for her tennis and by the time Goolagong was ten, she had caught the eye of Vic Edwards, who was then one of Australia’s best known tennis coaches.

According to Edwards in Contemporary Authors, the young Goolagong’s “most impressive quality was her grace around the court. And she could hit that ball really hard, right in the center of the bat. She had a homemade shot, a backhand volley, and it was a beauty.”

Vic Edwards persuaded Goolagong’s parents to allow her to move to Sydney. She arrived in the big city with her first tennis dress, made for her by her mother from sheets and with equipment paid for by the people of her home town. Edwards became her legal guardian and she lived in his household. Moving into the new lifestyle was not easy for the young Goolagong, however. “I cried nearly every night,” she told an Australian newspaper decades later. “I remember being very shy and scared when I first started.” She attended Willoughby Girls High School, before attending business college, to learn secretarial skills in the event that her pro career did not pan out.

After winning several of the important Australian amateur championships, Goolagong left Australia at the age of nineteen to begin her first international tour in 1970, winning seven of the 21 tournaments she played in that year. She played Wimbledon as well, but was eliminated in the first round. 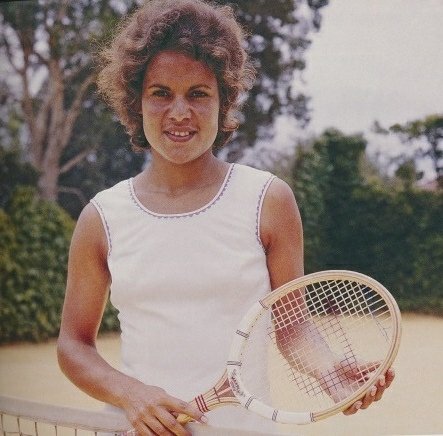 Goolagong turned professional in 1971, beating Helen Gourlay in that year’s French Open. Then, just one year after that first round upset at her first Wimbledon, she returned to center court and defeated fellow Australian Margaret Smith Court in the finals, the first of her two Wimbledon victories.

Between 1973 and 1978, she reached the final of almost every Grand Slam singles event she entered. There was only one exception, Wimbledon, where she played in only two finals in that period, 1975 and 1976, losing both.

Goolagong reached four consecutive US Open, but lost them all. She is the only player in the open era of the event to have lost four consecutive finals and the only woman to do so in U.S. championships history.

Goolagong made seven consecutive finals at the Australian Open, winning four titles in a row, both records for the open era, although she did not compete in the January 1977 event. Despite reaching the final at her first two appearances in 1971 and 1972, after 1973 Goolagong did not compete at the French Open championships for a decade. She returned in 1983 for her final Grand Slam singles appearance. She lost in the last thirty-two to Chris Evert and did not compete in any further Grand Slam singles events. Her last appearance at Grand Slam level came at the following 1983 Wimbledon Championship when she partnered Sue Barker to a first round defeat in the doubles, having withdrawn from the singles event earlier.

Goolagong married British tennis player Roger Cawley on 19 June 1975. Following her wedding, Goolagong settled in Naples, Florida. After living in the U.S. for eight years, the couple bought a home at Noosa Heads, Queensland, where they settled with their two children. Daughter Kelly helps run her tennis camps, and son Morgan Kiema Cawley (born 1981) was a National Soccer League player.