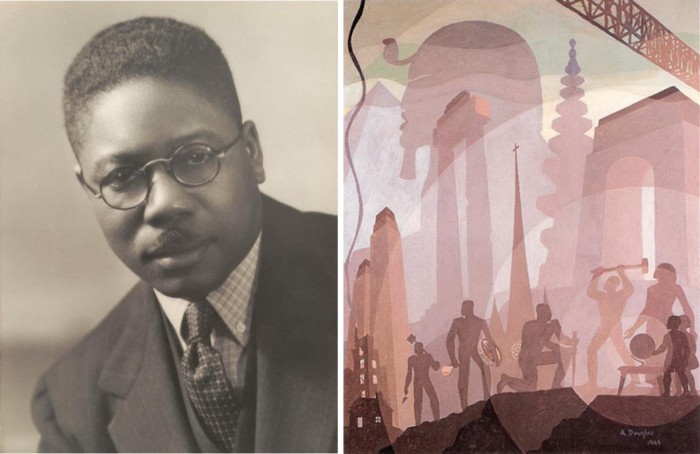 Aaron Douglas, (May 26, 1899—February 2, 1979) was an African American painter and graphic artist who played a leading role in the Harlem Renaissance of the 1920s.

Douglas’ distinctive style of geometric symbolism (featuring flat silhouettes of human figures, muted colors, and images that are symbolic, not realistic) may be seen on many magazine covers, book illustrations and dustcovers, and advertisements from the Harlem Renaissance. Douglas also painted some impressive murals (large-scale paintings, often mounted in public places) that display his unique blend of African and modernist techniques and his interest in including elements of African American history, religion, myth, and social issues in his works. Before Douglas, no African American artist had created works so unique in style and so affirming of black identity and experience. 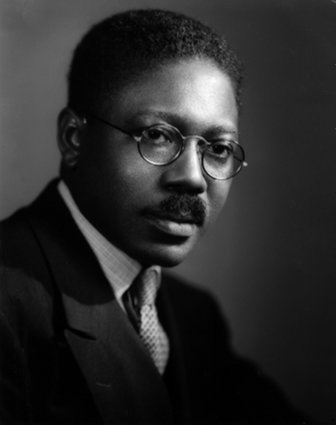 His family did not have much money (his father was a baker). Douglas’s parents emphasized education and instilled a sense of optimism and self-confidence in their son. Douglas inherited his mother’s fondness for drawing and painting and decided early in his life that he would like to become an artist, even though prejudice against blacks must have made this goal seem difficult to reach.

In high school Douglas took courses that prepared him to study for a fine arts degree in college. After graduation, lacking the money to enter a university, he traveled east with a friend to find a job. He spent some months working in a Detroit, Michigan, automobile factory, where he experienced racism and discrimination; in later years he remembered that he was always given the worst, dirtiest jobs in the factory. In the evenings Douglas took art classes at the Detroit Museum of Art, his first formal education in the field he had chosen.

After graduating from Topeka High School in 1917, Douglas attended the University of Nebraska, Lincoln. There, he pursued his passion for creating art, earning a Bachelor of Fine Arts degree in 1922. Around that time, he shared his interest with the students of Lincoln High School in Kansas City, Missouri. He taught there for two years, before deciding to move to New York City. At the time, New York’s Harlem neighborhood had a thriving arts scene.

Arriving in 1925, Douglas quickly became immersed Harlem’s cultural life. He contributed illustrations to Opportunity, the National Urban League’s magazine, and to The Crisis, put out by the National Association for the Advancement Colored People. Douglas created powerful images of African-American life and struggles, and won awards for the work he created for these publications, ultimately receiving a commission to illustrate an anthology of philosopher Alain LeRoy Locke’s work, entitled The New Negro.

Douglas had a unique artistic style that fused his interests in modernism and African art. A student of German-born painter Winold Reiss, he incorporated parts of Art Deco along with elements of Egyptian wall paintings in his work. Many of his figures appeared as bold silhouettes. 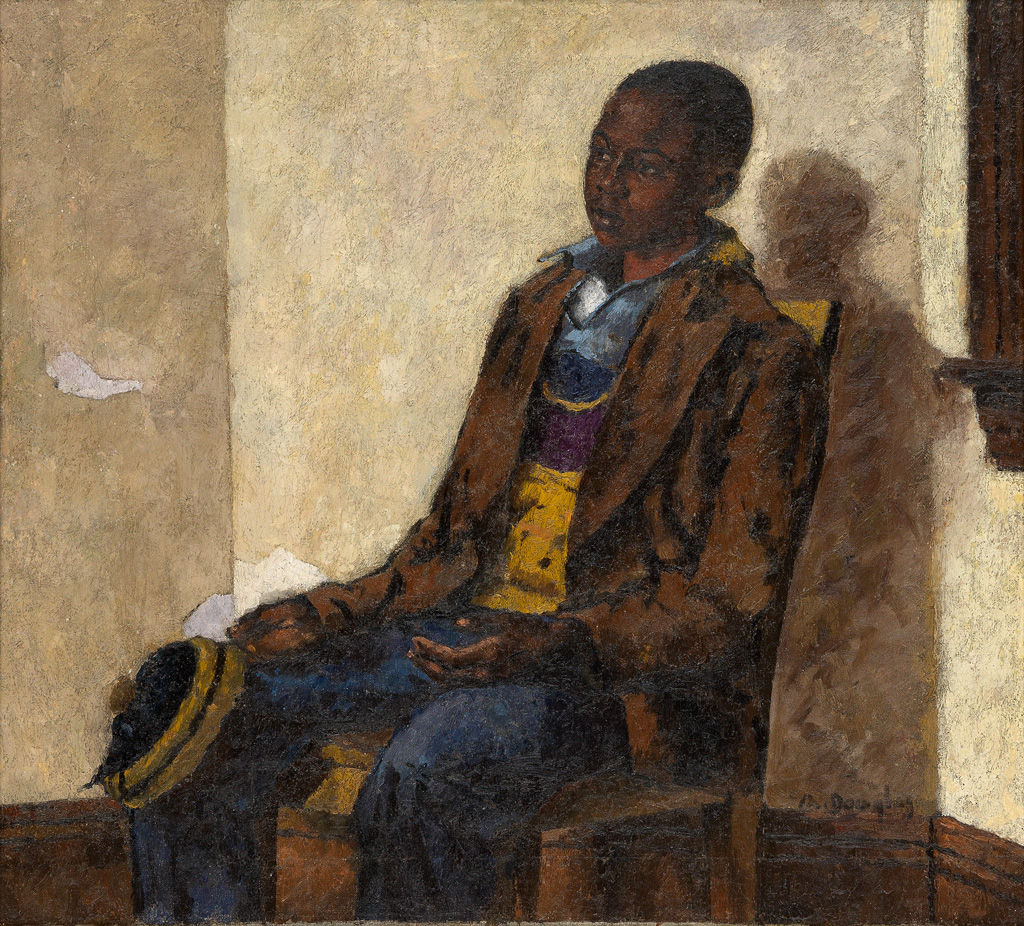 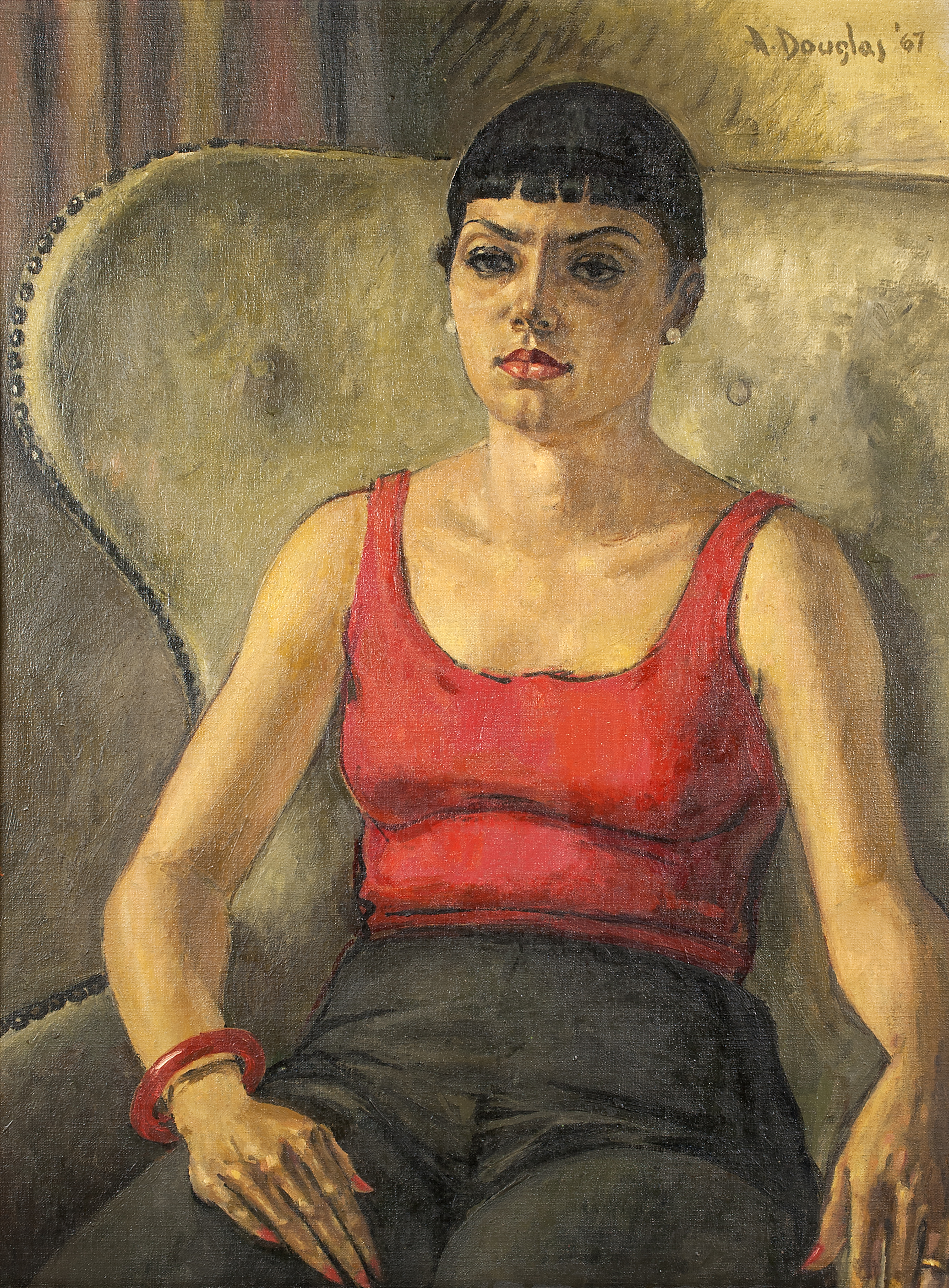 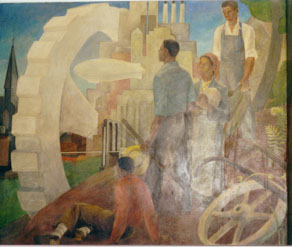 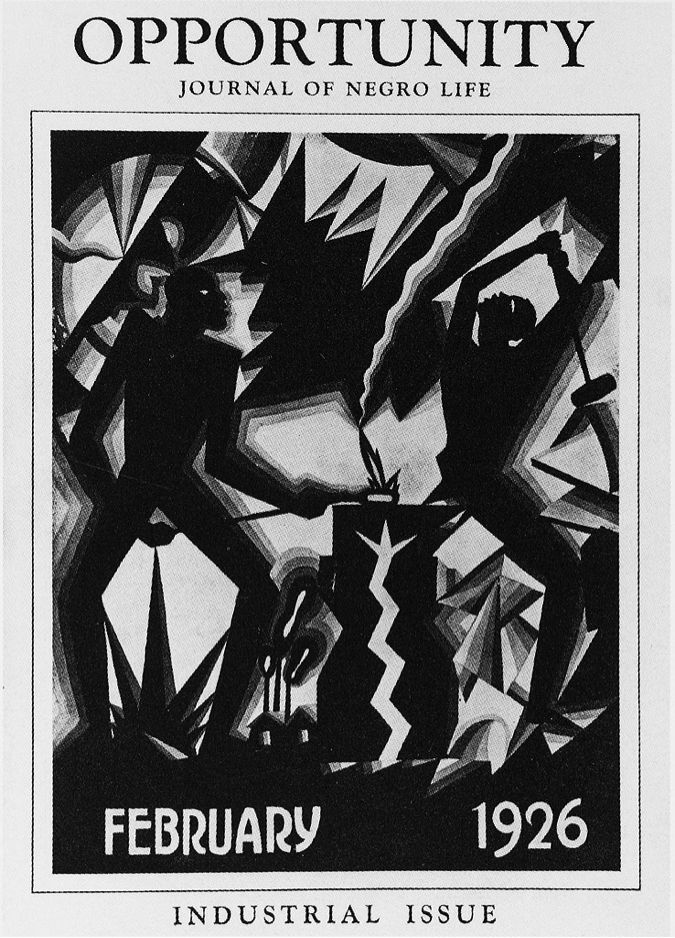 In 1926, Douglas married teacher Alta Sawyer, and the couple’s Harlem home became a social Mecca for the likes of Langston Hughes and W. E. B. Du Bois, among other powerful African Americans of the early 1900s. Around the same time, Douglas worked on a magazine with novelist Wallace Thurman to feature African-American art and literature. Entitled Fire!!, the magazine only published one issue.

With his reputation for creating compelling graphics, Douglas became an in-demand illustrator for many writers. Some of his most famous illustration projects include his images for James Weldon Johnson’s poetic work, God’s Trombone (1927), and Paul Morand’s Black Magic (1929). In addition to his illustration work, Douglas explored educational opportunities; after receiving a fellowship from the Barnes Foundation in Pennsylvania, he took time to study African and modern art.

Douglas received a Master’s from Columbia University in 1942. He studied at Winold Reiss’s School of Art in New York, and at Paris. When he returned to the United States, Douglas helped to found the Harlem Artist’s Guild. During the Great Depression he led the guild in negotiations with the Works Progress Administration (WPA), securing Federal contracts for African American artists. In 1934, Douglas painted a series of five murals for the New York Public Library. Panel # 1, The Negro In An African Setting, pictured a dancer encircled by drummers in an African village with the “Negro” blending with, and indistinguishable from, the other figures.

Douglas remained committed to learning and growing as an artist, outside of his work in the classroom. He received a fellowship from the Julius Rosenwald Foundation in 1938, which funded his painting trip to Haiti and several other Caribbean islands. He later won other grants to support his artistic endeavors. Continuing to produce new works, Douglas had a number of solo exhibits over the years.

In his later years, Douglas received countless honors. In 1963, he was invited by President John F. Kennedy to attend a celebration of the centennial of the Emancipation Proclamation, held at the White House. He also earned an honorary doctorate from Fisk University in 1973, seven years after his retirement from the school. He remained an active painter and lecturer until the end of his life.
Douglas died at the age of 79 on February 2, 1979, in a Nashville hospital. According to some reports, he died of a pulmonary embolism.

A special memorial service was held for Douglas at Fisk University, where he had taught for nearly 30 years. At the service, Walter J. Leonard, the university’s president at the time, remembered Douglas with the following statement: “Aaron Douglas was one of the most accomplished of the interpreters of our institutions and cultural values. He captured the strength and quickness of the young; he translated the memories of the old; and he projected the determination of the inspired and courageous.”