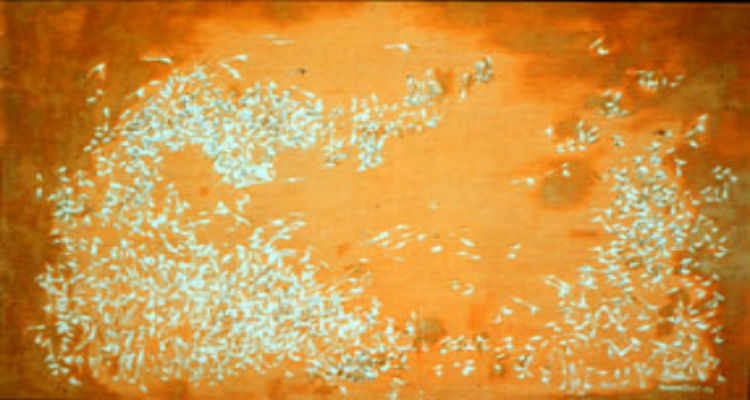 Norman W. Lewis was an African American Abstract Expressionism painter. His earlier work was mostly figurative, but in the late 1940s, his work became increasingly abstract. He was member of the popular “306 Group,” that included, Romare Bearden, and Jacob Lawrence. One of his best known paintings, Migrating Birds, won the Popular Prize at the Carnegie Museum’s 1955 Carnegie International Exhibition. The New York Herald-Tribune called the painting “one of the most significant of the 1955 art year.” 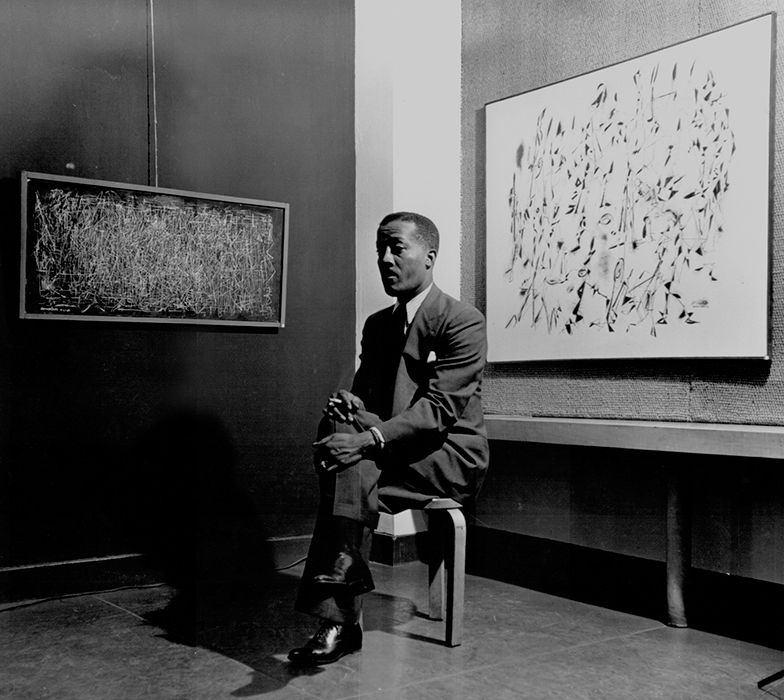 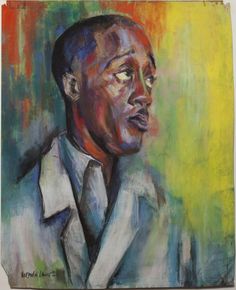 Norman Wilfred Lewis was born in Harlem, New York to Bermudan parents. Always interested in art, he had amassed a large art history library by the time he was a young man. A lifelong resident of Harlem, he also travelled extensively during the two years that he worked on ocean freighters. An important early influence was the sculptor and teacher Augusta Savage, who provided him with open studio space at her Harlem Art Center. He also participated in WPA art projects, alongside Jackson Pollock, among others.

Lewis began his career in 1933, with earlier mostly figurative work. He at first painted what he saw, which ranged from Meeting Place (1930), a swap meet scene, and The Yellow Hat (1936), a formal Cubist painting, to Dispossessed (1940), an eviction scene, and Jazz Musicians (1948), a visual depiction of the bebop that was being played in Harlem.

In the late 1940s, his work became increasingly abstract. His total engagement with abstract expressionism was due partially to his disillusionment with America after his wartime experiences in World War II. It seemed extremely hypocritical that America was fighting “against an enemy whose master race ideology was echoed at home by the fact of a segregated armed forces.” Seeing that art does not have the power to change the political state that society was in, he decided that people should develop their aesthetic skills more, instead of focusing on political art. Tenement I (1952), Harlem Turns White (1955), and Night Walker No. 2 (1956) are all examples of his style. Twilight Sounds (1947) and Jazz Band (1948) are examples of his interest in conveying music. 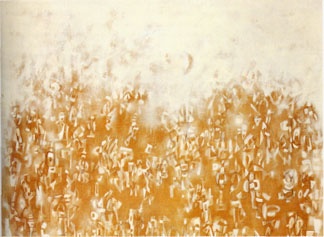 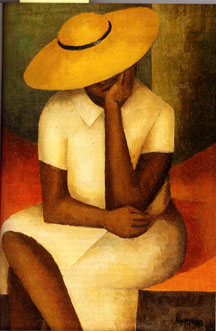 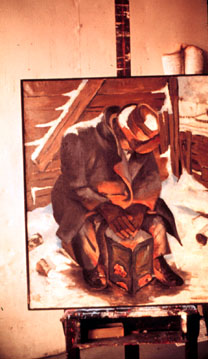 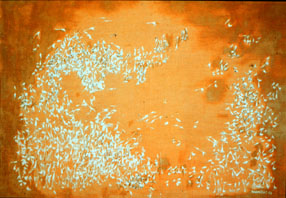 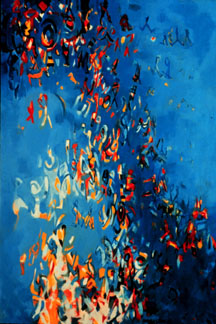 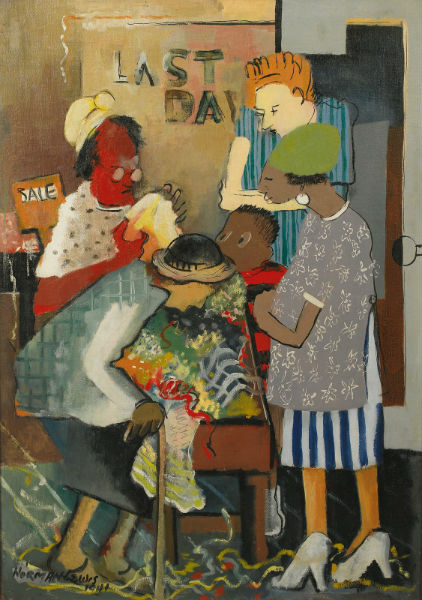 One of his best known paintings, Migrating Birds (1954), won the Popular Prize at the Carnegie Museum’s 1955 Carnegie International Exhibition, the New York Herald-Tribune calling the painting “one of the most significant of all events of the 1955 art year.” His signature style in those decades included repetitive ideographic or hieroglyphic elements that allowed Lewis to incorporate narrative sequences into his paintings.[2]

Although represented by galleries, and the recipient of many awards and good reviews, his work did not sell nearly as well as the other Abstract Expressionists he exhibited with. His body of work included paintings, drawings, and murals. Mostly he supported himself, and later his wife and daughter, through teaching. In 1972, he received a grant from the Mark Rothko Foundation and a Fellowship from the National Endowment for the Arts. In 1975 he received a Guggenheim Fellowship.