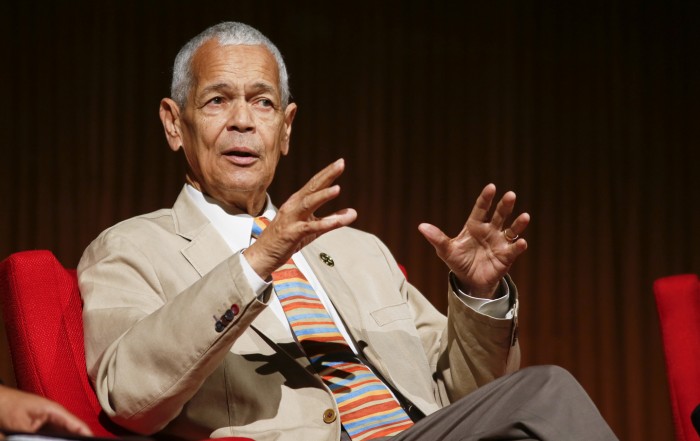 Bond was born to Julia Washington Bond and Horace Mann Bond. Bond’s family moved to Pennsylvania when he was five years old when his father Horace Mann, became the first African American President of Lincoln University (Pennsylvania), his alma mater. Bond attended Morehouse College in Atlanta and won a varsity letter for swimming. He also founded a literary magazine called The Pegasus and served as an intern at Time magazine. 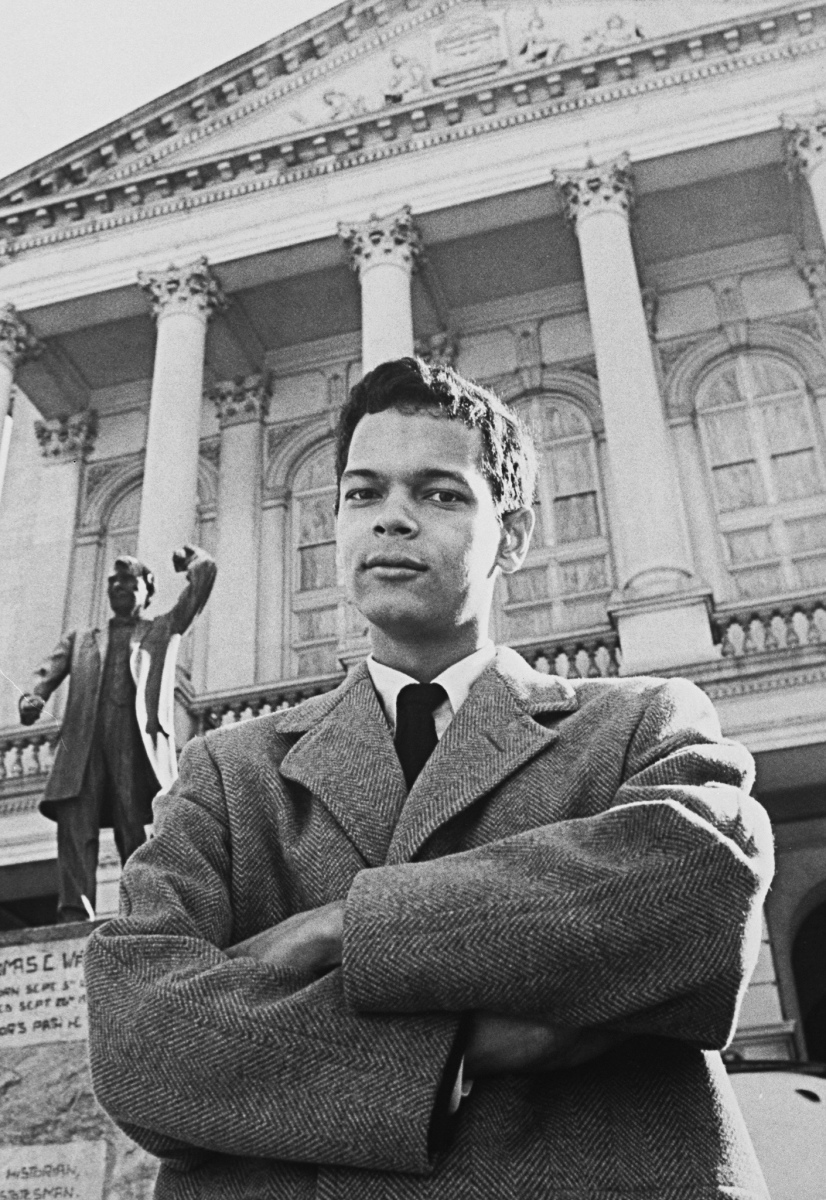 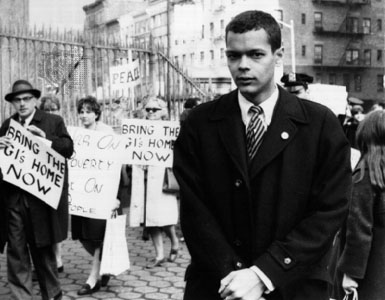 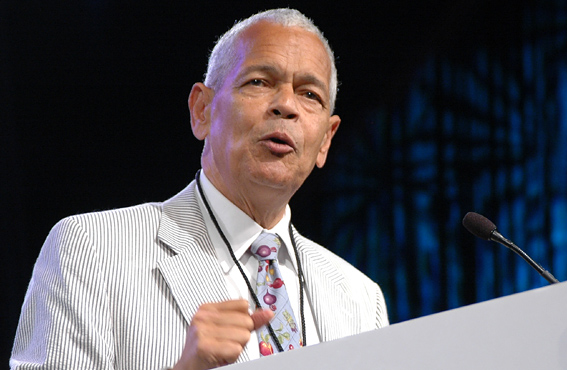 In Atlanta, Bond embarked upon a lifelong career of social and political activism.  He helped found the Committee on Appeal for Human Rights, an Atlanta University Center student group that engaged in three years of protests against Atlanta’s segregated movie theaters, lunch counters, and parks. In 1960 he joined several hundred students from across the South to form the Student Non-Violent Coordinating Committee (SNCC) at Shaw University. A grassroots organization, SNCC was one of the leading advocates of Black equality during the Civil Rights movement through protests and voter registration campaigns. Within one year of its founding, Bond became SNCC’s Communications Director, leading its publications and publicity departments.  In 1961 Bond left Morehouse one semester short of graduation to join the staff of a new protest paper, The Atlanta Inquirer.  He would return one decade later to complete a degree in English.

Bond was elected to the Georgia House of Representatives in 1965. Whyte members of the House refused to seat him because of his opposition to the Vietnam War. In 1966, the United States Supreme Court ruled that the House had denied Bond his freedom of speech and had to seat him.

Ultimately, Bond served four terms in the Georgia House and six terms in the Senate. In 1968 he became the first African American nominated for Vice-President by a major political party at the Democratic National Convention, which he attended as co-chairman of the Georgia Loyal National Delegation. Despite his nomination, Bond withdrew as he was, by law, too young to serve.

In addition to his legislative career, Bond also helped found the Southern Poverty Law Center, a public interest law firm located in Montgomery, Alabama. He served as SPLC’s president from 1971 to 1979, and later as board member and President Emeritus. He was the president of the Atlanta branch of the National Association for the Advancement of Colored People from 1978 to 1989.  Similarly, Bond served four terms on the NAACP’s national board as well as Board Chairman since 1998.

As an educator, Bond taught at many institutions, and held positions at American University and the University of Virginia. He authored numerous publications including Black Candidates—Southern Campaign Experiences and A Time to Speak, A Time to Act.  His poems and essays have appeared in a variety of journals and newspapers. Bond also narrated a number of documentaries and hosted America’s Black Forum, the oldest Black owned television show in syndication. As an educator, writer, activist, and politician, Julian Bond had been at the forefront of social change in America.

Horace Julian Bond died on August 15, 2015 at his home in Fort Walton Beach, Florida after a brief illness. He was 75.