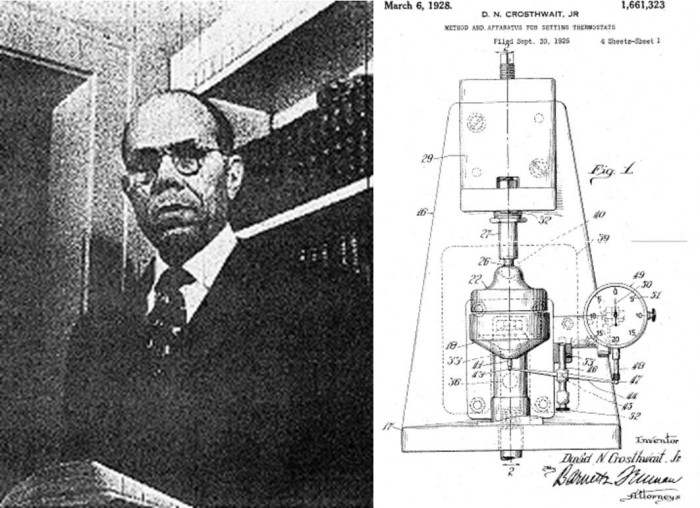 [dropcap size=small]D[/dropcap]avid Nelson Crosthwait Jr. was an African American electrical and mechanical engineer and one of the leaders in the United States in the field of heat transfer, ventilation and air conditioning. His achievements include the receipt of 39 U.S. patents and 80 foreign patents for his inventions. Crosthwait Jr. also designed the heating systems for Radio City Music Hall and Rockefeller Center in New York City and authored a heating and cooling manual that detailed standards and codes. 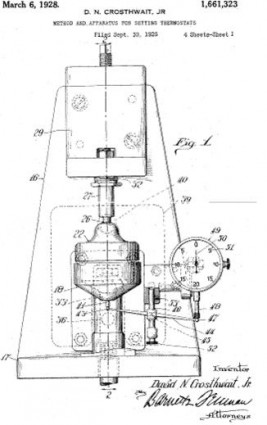 Crosthwait Jr. was born in Nashville, Tennessee May 27, 1898. While attending an all-Black school in Kansas City, Kansas, he earned a full academic scholarship to Purdue University in Indiana. During his Bachelor of Science degree studies (earned in 1913), he began designing heating installations for the Durham Company. He earned a Master of Engineering degree in 1920, and in 1925 he was named Director of the Durham Research Department, overseeing a staff of engineers and chemists. He was soon considered an authority on heat transfer, ventilation and air conditioning , and held 119 patents in temperature-regulating technology. Crosthwait Jr. eventually went on to obtain 39 patents and 80 internationally, for various devices, including heating systems, vacuum pumps, refrigeration methods and processes, and temperature-regulating devices.

Crosthwait Jr. was always on top of innovative research, too. He invented an improved a boiler system, a new thermostat control and even designed the heat system for Rockefeller Center and Radio City Music Hall. But it wasn’t just his inventions that furthered the HVAC industry. Crosthwait Jr. was also an avid writer, contributing chapters to the text, American Society of Heating and Ventilation Engineers Guide.

After retiring from engineering, he continued to share his knowledge as a teacher in heating theory and control systems at Purdue University. Crosthwait Jr. was recognized by the National Technological Association and was made a fellow of the American Society of Heating, Refrigeration and Air Conditioning Engineers. He was the first African-American to receive such an honor.

Crosthwait Jr. officially retired from Dunham in 1969, after serving as an adviser since 1930. He died on February 25, 1976, in West Lafayette, Indiana.