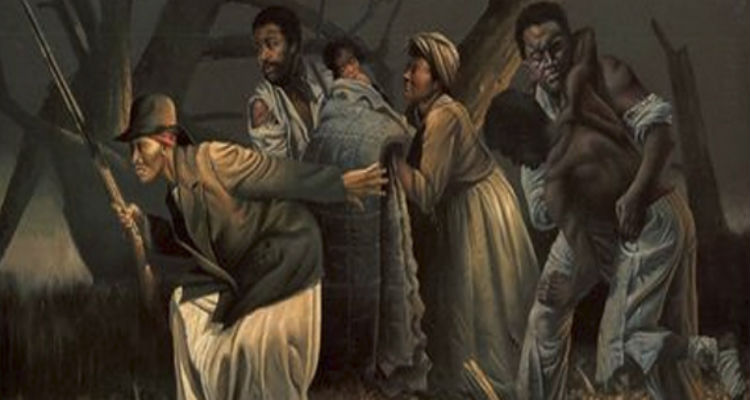 “Every great dream begins with a dreamer. Always remember, you have within you the strength, the patience, and the passion to reach for the stars to change the world.”

Harriet Tubman (1820 – March 10, 1913), escaped from the Maafa (Atlantic slavery) to become a leading abolitionist, humanitarian, and Union spy during the American Civil War. She led hundreds of enslaved people to freedom along the route of the Underground Railroad. According to W. E. B. DuBois, “Harriet Tubman fought American slavery single-handed and was a pioneer in that organized effort known as the Underground Railroad.” Similarly, she was held in high esteem by Frederick Douglass, who wrote: “The midnight sky and the silent stars have been the witness of your devotion to freedom and of your heroism.” In his diary entry, William Still, wrote: “Great fears were entertained for her safety, but she was wholly devoid of personal fear. The idea of being captured by slave-hunters or slaveholders, seemed never to enter her mind.”

1. Harriet Tubman was born Araminta Ross, sometime between 1819 and 1825, in Dorchester County, Maryland, the fifth child of Harriet Green and Benjamin Ross. She would later adopt the name “Harriet” after her mother. As a child she was known as “Minty.” At the age of six or seven she was sold to neighboring farmers. Her new enslavers used harsh physical punishment to teach her how to weave cloth, trap muskrats, care for their baby and clean their house. The beatings she received as a child left permanent scars on her body and mind.

2. The surname Tubman comes from her first husband, John Tubman, who she married in 1844. Tubman was a free Black man. Her status, however, remained unchanged until she fled to Pennsylvania – a free state – in 1849. Her husband did not make the journey and ultimately re-married after Harriet’s departure.

3. Tubman escaped from slavery in 1849, fleeing to Philadelphia. She decided to escape following a bout of illness and the death of her enslaver in 1849. Tubman feared that her family would be further severed, and feared for own her fate as a sickly bondwoman of low economic value. She initially left Maryland with two of her brothers, Ben and Henry, on September 17, 1849. A notice published in the Cambridge Democrat offered a $300 reward for the return of Araminta (Minty), Harry and Ben. Once they had left, Tubman’s brothers had second thoughts and returned to the plantation. Harriet had no plans to remain in bondage. Seeing her brothers safely home, she soon set off alone for Pennsylvania. However, rather than living in the safety of the North, Tubman would return to Maryland many times over the next decade to rescue both family and non-family members from the bondage of the Maafa. She first successfully removed her niece Kessiah and her family to Philadelphia, after receiving a warning that Kessiah was going to be sold, along with her two young children. Kessiah’s husband, a free black man named John Bowley, made the winning bid for his wife at an auction in Baltimore. Harriet then helped the entire family make the journey to Philadelphia.

4. Harriet conducted her underground railroad on a seasonal cycle. She would infiltrate an enslaved community in late fall, broadcasting her presence and departure plans via the grapevine, before escaping with a large party in the early winter. She remained in Canada during colder months, working as a domestic in the spring and summer, then setting out on a new mission again in late fall. In all of her journeys she “never lost a single passenger.”

5. Tubman’s work was a constant threat to her own freedom and safety. The Fugitive Slave Act of 1850 was an ever-present danger, imposing severe punishments on any person who assisted the escape of a slave. Legend has it that slaveholders offered a $40,000 bounty for her capture; although the sum is debatable there would have been a price on her head

6. Harriet wore many hats: She was acquainted with leading abolitionists of the day, including John Brown who conferred with “General Tubman” about his plans to raid Harpers Ferry. She was an active proponent of women’s suffrage and worked alongside women such as Susan B. Anthony. During the civil war, Harriet also worked for the Union Army as a cook, a nurse and even a spy.

7. Always in need of funds, Tubman solicited donations for herself and her missions at public appearances. She did not always wore female attire, although her favorite disguise was that of an elderly woman singing spirituals as she trudged along. In one talk, she recounted a successful raid she led on plantations along the Combaheed River in South Carolina during the Civil War. Tubman quipped that she would never again wear a skirt on a military expedition.

8. Harriet had one daughter, Gertie, whom she and her second husband (Nelson Davis) adopted after the Civil war.

9. Harriet suffered life-long headaches, seizures and had vivid dreams as a result of a traumatic head injury she suffered as a teenager. Sent to a dry-goods store for supplies, she encountered a bondman who had left the fields without permission. The man’s overseer demanded that Tubman help restrain the runaway. When Harriet refused, the overseer threw a two-pound weight that struck her in the head. Tubman endured seizures, severe headaches, and narcoleptic episodes for the rest of her life. She also experienced intense dream states, which she classified as religious experiences.These same symptoms gave her powerful visions that she ascribed to God and helped guide her on many trips to the North while leading others to freedom.

10. Just before Harriet’s death in 1913 she told friends and family, “I go to prepare a place for you.” It is said that on the day of her death, her strength returned to her. She arose from her bed with little assistance, ate heartily, walked about the rooms of the Old Ladies’ Home which she liked so much and then went back to bed and her final rest. She was buried with military honors in Fort Hill Cemetery in New York.