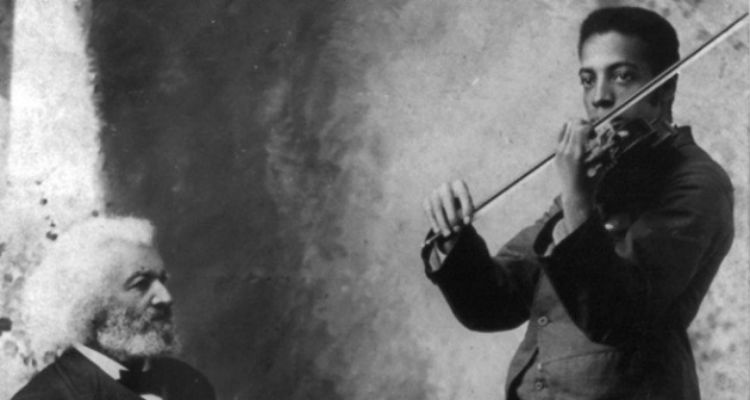 Joseph Douglass (1871–1935) was a groundbreaking African-American concert violinist. He was the grandson of abolitionist Frederick Douglas; and was widely viewed as Douglass’s favorite grandchild.

Joseph Douglass was born in the Anacostia area of Washington D.C. in 1869 to Charles and Mary Elizabeth Douglass. He was the only child of the couple that would live to be an adult. Following in the path of his famous grandfather and father, who were both amateur violin players, Douglass took up the violin at a young age. He received his formal musical training at the New England Conservatory for five years and later the Boston Conservatory.

Douglass was one of the first African-American performers to be nationally and internationally renowned. He received his first big break as a concert violinist at the age of 22 when he performed at the World’s Columbian Exposition, also known as the Chicago World’s Fair. On August 25, 1893 he performed at Colored American Day (which Frederick Douglass helped plan). Included in the celebrations were readings of Paul Lawrence Dunbar’s poetry, performances by Sidney Woodward and Deseria Plato. His performance at the event gained him a large audience for his talents. It was the beginning of his career that spanned over three decades.

Douglass was also the first violinist of any race to record music for the Victor Talking Machine Company in 1914. He performed for several U.S. presidents, including William McKinley, Teddy Roosevelt, and Howard Taft. By 1910, he was performing at Carnegie Hall. Douglass also appeared at the Grand Military Concert sponsored by the U.S. Marine Band in Washington to commemorate the presidential inauguration of Grover Cleveland.

Unfortunately, his recordings with the Victor Talking Machine Company were never released.

Aside from his work in music, Douglass was a director of the department of music at Howard University and headmaster at music schools in New York. He often played Maafa (slavery) spirituals that he learned as a child for family members.

Douglass was married to Fannie Howard Douglass. Fannie was a musician as well, often accompanying Joseph’s performances on the piano. He and Fannie had two children: Blanche and Frederick III. His donated his violin (which was a copy of the German Stradivarius) to the U.S. Dept of Interior after his death in 1935.