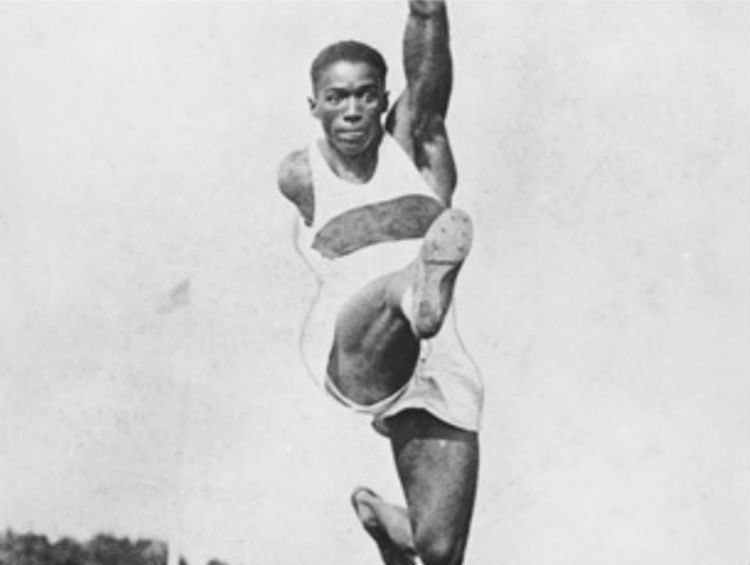 [dropcap size=small]W[/dropcap]illiam DeHart Hubbard was the first African American in Olympic history to win an individual gold medal, when he won the long (broad) jump by leaping over 24 feet 5½ inches on July 8 at the 1924 Paris Summer games.

Hubbard subsequently set a new long jump world record on July 13, 1925 in the NCAA championships at Stagg Field. Although best known for his long jumps, Hubbard was also a sprinter, tying the world record of 9.6 seconds in the 100 yard dash.

William DeHart Hubbard was born in Cincinnati, Ohio on November 25, 1903. He attended and graduated from Walnut Hills High School in Cincinnati. Hubbard’s achievements on the track and in the classroom caught the attention of a University of Michigan alumnus, Lon Barringer, who saw his times posted in a Cincinnati newspaper. With the encouragement and recruiting of Barringer, Hubbard decided that he would attend the University of Michigan and run track; graduating with honors in 1927.

“As an African American, attending the University of Michigan and running track there was an achievement enough of its own. In Hubbard’s senior class, only eight out of the 1,456 graduating students were African American.” 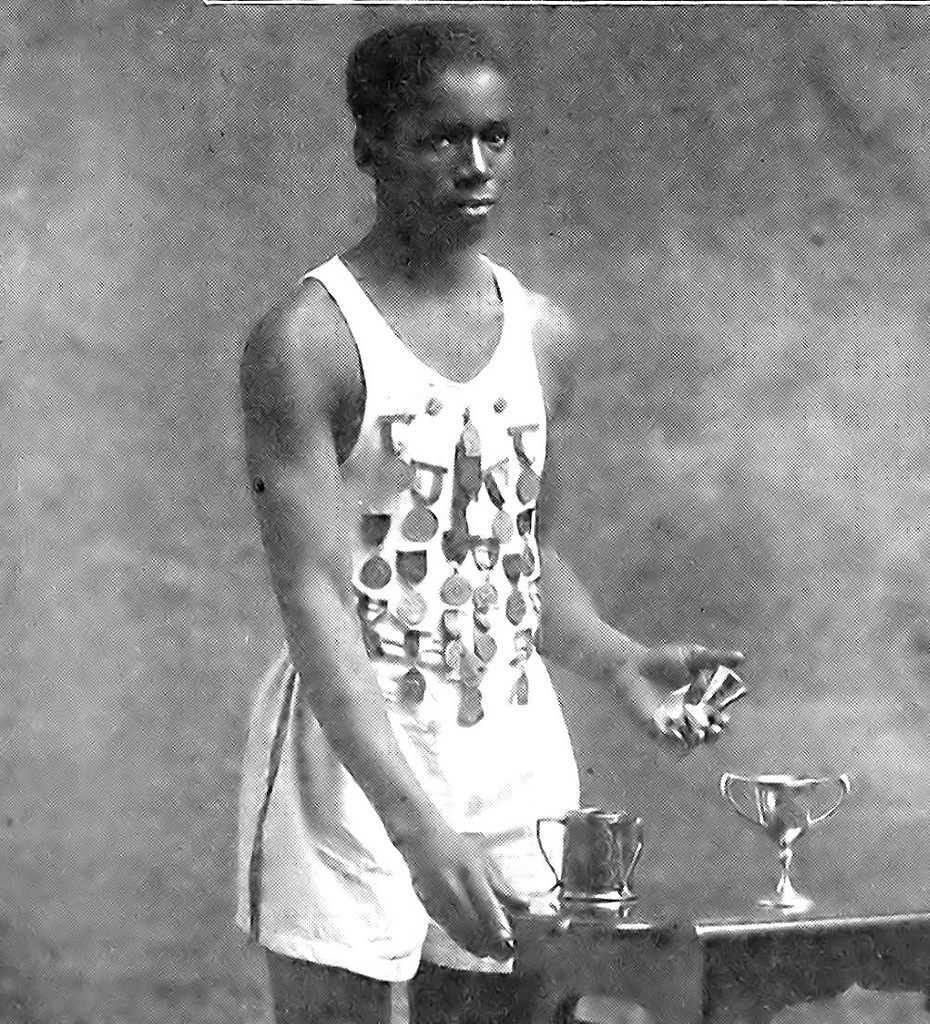 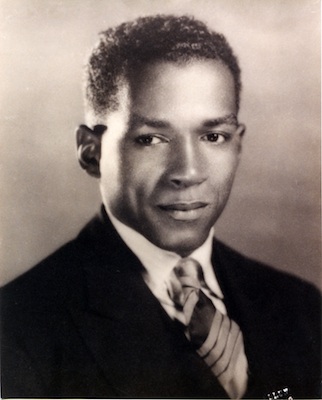 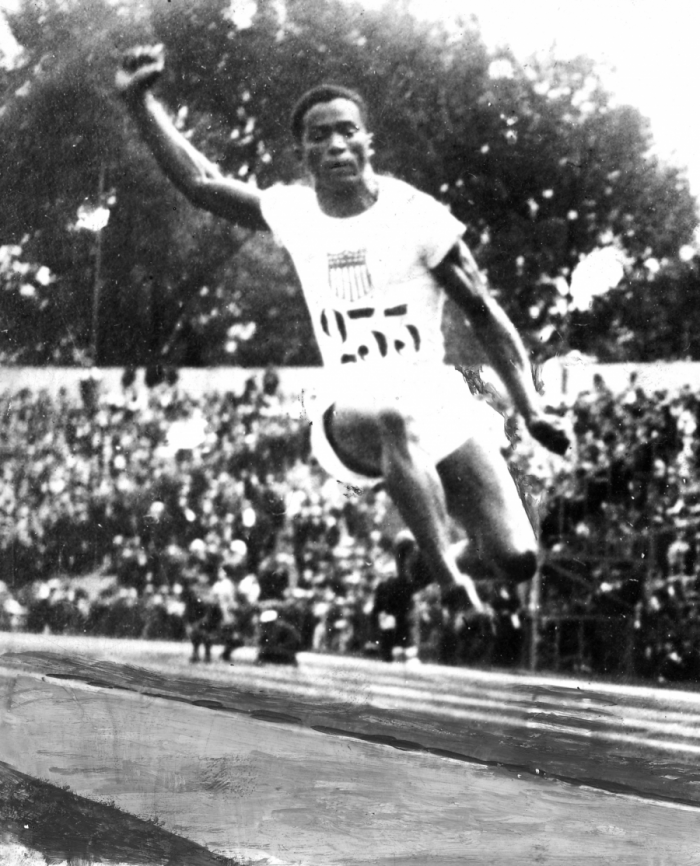 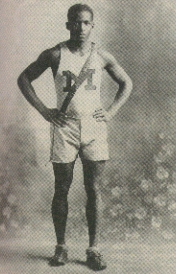 Hubbard was also a track star at the University of Michigan, winning national and collegiate titles in the long jump and the hop, skip and jump. The first of his overall six national championships was won in 1922; and his 1925 outdoor long jump of 25 feet 10½ inches (7.89 m) stood as the Michigan Wolverines team record until 1980, and it still stands second. His 1925 jump of 25 feet 3½ inches (7.71 m) stood as a Big Ten Championships record until Jesse Owens broke it on with what is now the current record of 26 feet 8 1⁄4 inches (8.13 m) in 1935. After his graduation from Michigan, Hubbard was sidelined by injuries but defended his Olympic title in Amsterdam in 1928.

Hubbard returned to Cincinnati after graduation from Michigan, and worked there with the city agencies in recreation and housing. He was the supervisor of the Department of Colored Work for the Cincinnati Public Recreation Commission, until 1941. Hubbard moved to Cleveland in 1942 and spent the rest of his life there working with the Federal Public Housing Authority, as a race relations adviser.

Hubbard was inducted into several track and field Hall of Fame during the late 1950s. In addition, he also became a proficient bowler and served as the president of the National Bowling Association during the 1950s. He also founded the Cincinnati Tigers, a professional baseball team, which played in the Negro American League. In 1957, Hubbard was elected to the National Track Hall of Fame. He retired in 1969 and in that same year established a scholarship fund for needy students at Central State University (Ohio). He suffered a series of strokes before his death on June 23, 1976.