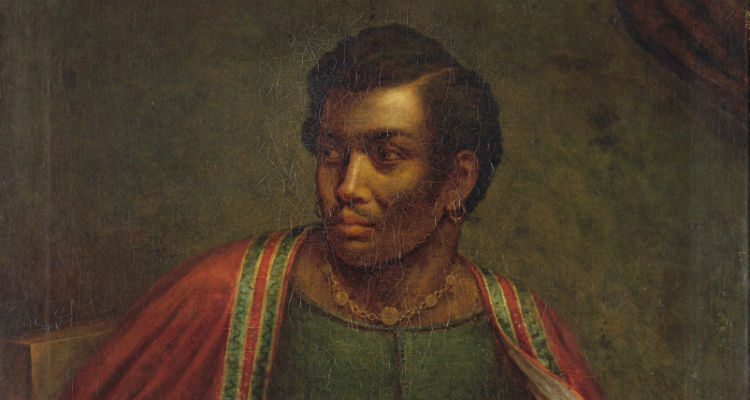 Ira Aldridge was a 19th-century African-American actor who became a renowned actor of Shakespearean tragedy on the European stage. He is the only actor of African-American descent among the 33 actors of the English stage honored with bronze plaques at the Shakespeare Memorial Theatre at Stratford-upon-Avon. He was especially popular in Prussia and Russia, where he received top honors from heads of state; and was earning more money than any Russian actor. He also used his fame to call for the ending of the Maafa (slavery). Although he was born in American, Aldridge is regarded as one of the 100 greatest Black Briton. He died on August 7, 1867, while in Poland. 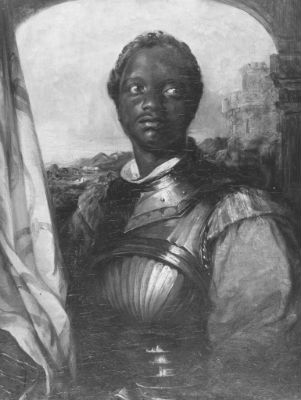 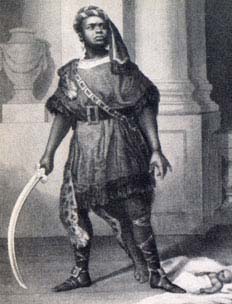 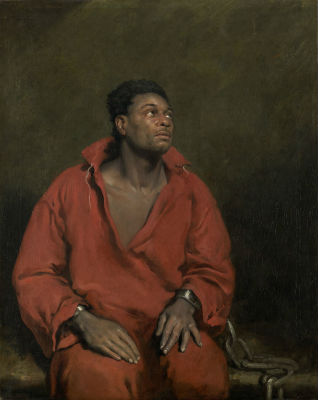 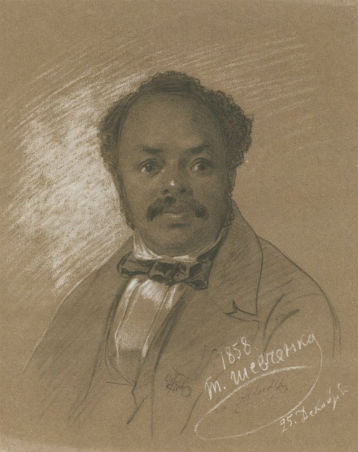 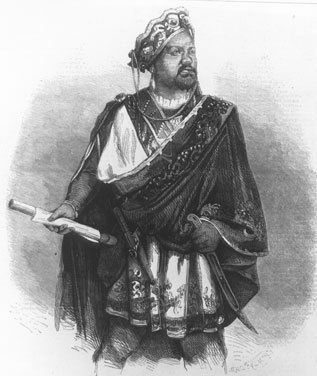 Aldridge was born in New York City to Reverend Daniel and Luranah Aldridge July 24, 1807. At age 13, Aldridge went to the African Free School in New York City. His early exposure to theater included viewing plays from the high balcony of the Park Theatre, New York’s leading theater of the time.

Aldridge’s first professional acting experience was in the early 1820s with the African Company, a group founded and managed by William Henry Brown and James Hewlett. In 1821, the group built the African Grove Theatre, the first resident African American theatre in the United States. Aldridge made his acting debut as Rolla in Pizarro, a Sheridan adaptation of August von Kotzebue’s Die Spanier in Peru. But the only way for an ambitious young actor to succeed was to emigrate. Accordingly, when he was 17 or18, Aldridge worked his passage to Liverpool as a ship’s steward.

His first known British performance was at the Royal Coburg (now known as the Old Vic) on 10th October 1825, as Oroonoko in The Revolt of Surinam, or A Slave’s Revenge. The playbill announced him as a ‘Man of Colour’ – for the novelty. His first performance had a mixed reception. The Times claimed that it was utterly impossible for him to pronounce English properly ‘owing to the shape of his lips’. The Globe, on the other hand, found his enunciation ‘distinct and sonorous’. Purely because of Aldridge’s colour, the press was largely hostile, which prevented him from establishing himself in London.

He therefore honed his craft for the next few years, travelling and performing all around England, playing the title role in such Shakespearean works as Othello, Macbeth and Richard III. He became the victim of a sustained London press campaign motivated by racism, and found it difficult to secure engagements, but he never gave up. Outside London, he continued to win respect; a Hull paper said his Othello ‘was such as can be equalled by very few actors of the present day’. His contemporaries also praised his work. In the provinces, he played to crowded houses, but was boycotted by the West End stage, so in 1852, Aldridge and his family sailed for Europe.

He returned from his European tours so loaded with honours that the West End stage could no longer exclude him. Having become Chevalier Ira Aldridge, Knight of Saxony, he was at last in 1858, deemed worthy to perform at the Lyceum. He performed Othello in Russia and was lionized, earning more money than any Russian actor. One Russian critic said that the evenings on which he saw Aldridge’s Othello, Lear, Shylock and Macbeth ‘were undoubtedly the best I have ever spent in the theatre’. ‘After Aldridge’, wrote another, ‘it is impossible to see Othello performed by a [whyte] actor, even Garrick himself’.

Aldridge continued to act until the end of his life, earning a number of honors such as Switzerland’s White Cross. He also staunchly spoke out against the Maafa (slavery), contributing financially to abolitionist causes and incorporating songs of freedom into his performances.

Ira Aldridge died on August 7, 1867 in Lodz, Poland while touring.

He had been twice married and left behind several children. Soon after going to England, in 1824 Aldridge married Margaret Gill, an English woman. They were married for 40 years until her death in 1864. A year after Margaret’s death, on April 20, 1865, Aldridge married his mistress, the self-styled Swedish countess Amanda von Brandt, with whom he already had a son, Ira Daniel. They had four more children: Irene Luranah, Ira Frederick and Amanda Aldridge, who all went on to musical careers, the two girls as opera singers. Their daughter Rachael Frederica was born shortly after Aldridge’s death and died in infancy.