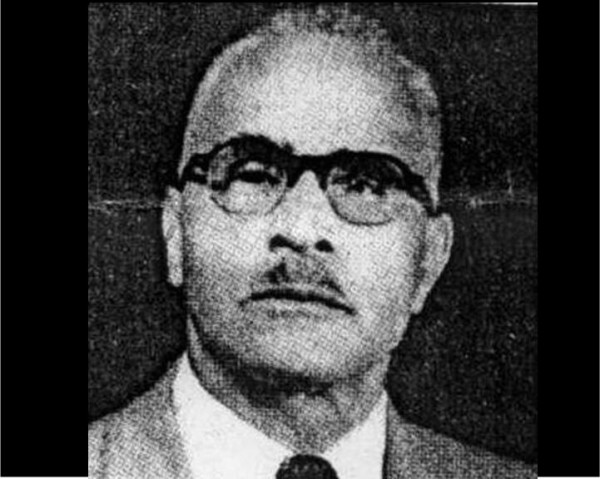 Vernon Johns (April 22, 1892 – June 11, 1965) was the visionary Baptist preacher in segregationist Montgomery, Alabama who, in the early 1950s, helped ignite the United States Civil Rights movement. At times he has been rated as one of the three greatest African-American preachers, along with Mordecai Johnson and Howard Thurman. 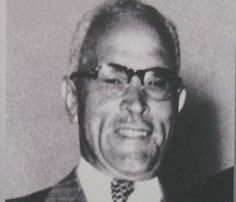 He is considered by some as the father of the American Civil Rights Movement, having laid the foundation on which Martin Luther King, Jr. and others would build. He was Dr. King’s predecessor as pastor at Dexter Avenue Baptist Church in Montgomery, Alabama from 1947 to 1952, and a mentor of Ralph Abernathy, Wyatt Walker, and many others in the Southern Christian Leadership Conference.

Johns was born on 22 April 1892 in Darlington Heights near Farmville, Prince Edward County, Virginia, the son of Willie Johns, a farmer, peddler and Baptist preacher, and Sallie Branch Price Johns. His father’s example fixed the son’s ambition to be the best farmer, peddler, and preacher that he could be. At three, said family members, young Vernon began preaching “on the doorstep or on a stump.” Two years later, with his older sister, Jessie, he entered a one-room school four miles from the Johns home. The critical event of his early childhood, however, occurred in 1898, when Vernon Johns’ white grandfather killed a white fieldhand in Darlington Heights. Rumored to have killed his black paramour, young Vernon’s grandmother, many years earlier, old Thomas W. Price was twice tried for this later murder and twice his own relatives of color provided crucial evidence which helped to convict him. Twice, Thomas Price was sentenced to death by hanging, only to have his sentence commuted to life in prison by Virginia’s governor. Vernon Johns would not ever mention his white grandfather in public, but the old man’s episodic crime and punishment had a long-lasting impact on Vernon Johns’ preaching.

After the turn of the century, Jessie and Vernon Johns attended the Boydton Institute, a Presbyterian mission school at Boydton, Virginia, and, in 1911, he enrolled at Virginia Union University in Richmond. After a year there, Johns transferred to Virginia Theological Seminary and College in Lynchburg. The transfer was crucial to his development and would shape his career for another two decades, for Virginia Seminary challenged Virginia Union’s cooperation with Northern white Baptists with coeducation of men and women, an emphasis on the liberal arts, and unceasing devotion to African American autonomy. Apparently expelled before he graduated from Virginia Seminary, Johns nonetheless won admission to the theological school at Oberlin College and became the student pastor of a small Congregational church in Painesville, Ohio. At Oberlin, Johns sampled experience and learning that no one of color might have found anywhere in Virginia and won honors among his classmates. He gave the annual student oration at Oberlin’s Memorial Arch in 1918, received a B.D. from the Oberlin School of Religion and was ordained in the Baptist ministry. In further preparation for a career in teaching and ministry, he studied for a summer at the University of Chicago. Coincidentally, it was the summer of Chicago’s race riot of 1919.
In 1927, Johns wed Altona Trent, a classical pianist, teacher and scholar who would also author music books. The couple went on to have three sons and three daughters.

As Dexter’s pastor from 1947 to 1952, Johns was an early proponent of civil rights activity in Montgomery, urging his congregation to challenge the traditional status quo. In 1948, after a mesmerizing trial sermon, Johns became the 19th pastor of Dexter Avenue Baptist Church in Montgomery, Alabama.

In response to discrimination on city buses, Johns once disembarked in protest and demanded a refund. He was well known for his controversial sermon topics, such as “It Is Safe to Kill Negroes in Montgomery,” and he also shocked his middle-class congregation by selling farm produce outside the church. His early activism and challenges to the power structure paved the way for Dexter’s congregation to receive King’s socially active ministry and enabled King to take a leading role in the Montgomery bus boycott.

Over the course of his four years there, Johns displayed a challenging, at times volatile temperament that put him at odds with much of the congregation, whom he took to task for often being too invested in social status.
Johns could speak and read multiple languages, being particularly fond of Greek, and was known to recite lengthy literary and scriptural passages at will as he had a photographic memory. His intellectual prowess, including a love of poetry and military histories, was balanced for a love of working the land, and he at times appeared on the pulpit in outdoorsy attire or outside of church hawking produce and food stuffs.

In 1951, Vernon Johns’ father-in-law, William Johnson Trent, became the first African-American appointed to the Salisbury, North Carolina, school board and Vernon Johns’s sixteen-year-old niece, Barbara Johns, led African American students at Farmville, Virginia’s R. R. Moton High School in a boycott to protest conditions in Prince Edward County’s schools. A month later, attorneys for the NAACP filed suit to desegregate the county schools. The case would be decided only by the United States Supreme Court in 1954. The contrast was noteworthy. The Trents were cautious, conservative insiders, who hoped to manipulate a system; the Johns were aggressive outsiders, who believed the system needed a thorough renovation. In the summer of 1951, Barbara Johns left Prince Edward County to live with her aunt and uncle and finish her senior year of high school in Montgomery, Alabama. By then, however, Vernon Johns was already antagonizing his own congregation’s bourgeois sensibilities with sermons such as “Mud Is Basic” and by hawking produce at church functions. In September 1952, Altona Johns moved her children from Montgomery to take a position at Virginia State College in Petersburg. In May 1953, after four and a half stormy years at Dexter Avenue Baptist Church, its deacons accepted one of her husband’s several resignations.

In 1954, Martin Luther King, Jr., succeeded Vernon Johns as minister of Dexter Avenue Baptist Church. Reverend Johns had a lasting affect on King both personally and professionally. In Stride Toward Freedom, his memoir of the Montgomery bus boycott, King described Johns as “a brilliant preacher with a creative mind” and “a fearless man, [who] never allowed an injustice to come to his attention without speaking out against it” (King, 38). King found an example in Johns, a preacher who was able to use his religious position in the community to challenge his congregation to be less provincial.

Vernon Johns was never the pastor of a church again. From 1953 to 1955, he shuttled between his Prince Edward County farm, where he raised livestock, and his wife’s home in Petersburg, where he became a mentor to Wyatt Tee Walker, the pastor of Gillfield Baptist Church. In 1956, Johns succeeded John Tilley, executive director of Martin Luther King’s young Southern Christian Leadership Conference, as director of the Maryland Baptist Center in Baltimore. Walker in turn succeeded Tilley at SCLC. By then, the legend of Vernon Johns was fixing itself in the firmament of the Afro-Baptist preachers who were the core of King’s SCLC. He was, after all, King’s predecessor, mentor of Ralph Abernathy and Wyatt Walker, and successor of John Tilley. Apart from Johns’ commanding presence, nothing entertained his fellow Baptist preachers more than Wyatt Walker’s perfect mime of Vernon Johns’ rural Virginia accent or Ralph Abernathy’s latest Vernon Johns’ story. As for the man himself, Johns was forced to resign as director of the Maryland Baptist Center in 1960 after publicly rebuking white Baptist preachers in Baltimore for their failure of nerve in race relations. Thereafter, he still rode the preaching circuits and occasionally addressed mass meetings of the Lynchburg and Petersburg Improvement Associations. In 1961 and 1962, he edited Second Century, an annual magazine published in anticipation of the centennial of the Emancipation Proclamation.

In his last years, Willie Johns’ son ran a modest grocery stand in Petersburg. Martin Luther King’s personal attorney, Chauncey Eskridge, found him there in October 1963. The previous six months had been the most exhilarating and exhausting in SCLC’s brief history. In massive spring demonstrations in Birmingham, King and Walker had collaborated to produce the “Letter from the Birmingham Jail.” Concurrent demonstrations in Cambridge, Maryland, Jackson, Mississippi, Savannah, Georgia, and Greensboro, North Carolina tested the distinction between demonstrations and riots. Medgar Evers was assassinated in Jackson and Fannie Lou Hamer beaten in Winona, Mississippi, by the time King addressed the March on Washington at the end of August.

A television film was made in 1994 called Road to Freedom: The Vernon Johns Story, written by Leslie Lee and Kevin Arkadie, based on an unpublished biography by Henry W. Powell of The Vernon Johns Society. The motion picture was directed by Kenneth Fink and stars James Earl Jones in the title role. Former NBA player Kareem Abdul-Jabbar, was the film’s co-executive producer.