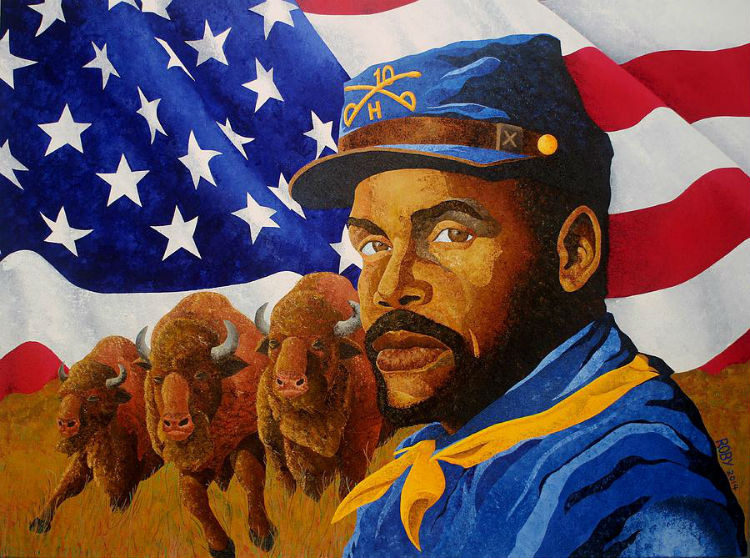 After the civil war, regiments of African-American soldiers served on the western frontier, battling Native-Americans and protecting European settlers. They became known as Buffalo Soldiers. These buffalo soldiers also captured horse and cattle thieves, built roads and protected the U.S. mail, stagecoaches and wagon trains, all while contending with challenging terrain, inadequate supplies and discrimination.

The buffalo soldiers included two regiments of all-African American cavalry, the 9th and 10th cavalries, formed after Congress passed legislation in 1866 that allowed African Americans to enlist in the country’s regular peacetime military. The legislation also brought about the creation of four African-American infantry regiments, eventually consolidated into the 24th and 25th infantries, which often fought alongside the 9th and 10th cavalries. Many of the soldiers in these regiments, were among the approximately 180,000 African Americans who served in the Union Army during the Civil War. (It is now known, that some Native-Americans, especially the Cherokee, had enslaved African-American people and had supported the Confederacy during the Civil War.)

12,500 Buffalo Soldiers served until the mid-1890s and constituted 20 per cent of the U.S. Armed Forces in the West. They earned a distinguished record; being noted for their courage and discipline. Drunkenness, an especially widespread problem in the army, was rare among them; in a period when nearly a third of Euro-American army enlistees deserted, the African-American soldiers had the U.S. Army’s lowest desertion and court-martial rates. In nearly 30 years of frontier service buffalo soldiers took part in almost 200 major and minor engagements. From 1870 to 1890, 14 buffalo soldiers earned the Medal of Honour, the army’s highest award for military valor. 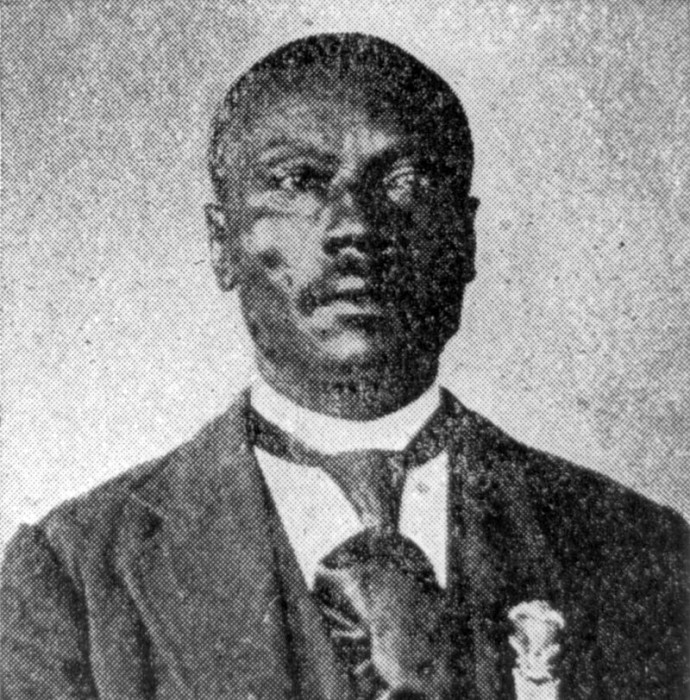 At the time of the awarding, Johnson was a private. He had been promoted to sergeant for the third time in 1889, but was demoted after tangling with a bartender at Fort Robinson. He was a sergeant in Company D. He was cited for twice leaving his position under heavy fire, first to check on his men, then, on October 4, going to the nearby Milk River to obtain water for them.