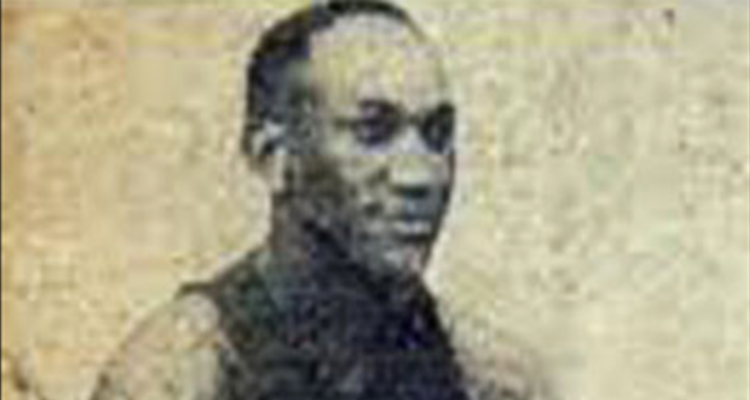 Harry Lew is best known for becoming the first African-American professional basketball player when he joined the New England League in 1902. Lew played basketball with the Pawtucketville Athletic Club. He spent more than 20 years in the game, as a player and general manager of multiple teams.

Harry Haskell Lew was born in Lowell, Massachusetts, on January 4, 1884, into an African-American family with a long and illustrious history in Massachusetts. His family had a long history in the struggle for racial equality in the state. His great-great-grandfather, Barzillai Lew, was a free black man who purchased the freedom of his future wife for $400. A gifted musician, he served in the Revolutionary War. He played the fife at the Battle of Bunker Hill, and years later at General Burgoyne’s surrender after the Battle of Saratoga. Harry Lew’s grandparents’ home in Lowell was a stop on the Underground Railroad. Later, Lew’s father, William Lew, was a delegate to the 1891 Equal Rights Convention in Boston; his sister, Theresa—salutatorian at Lowell High School in 1912—became one of the first black women to teach in Massachusetts; and his brother, Gerard, co-founded Chicago’s DuSable Museum of African American History.

Known from childhood as “Bucky,” Lew played basketball at the Lowell YMCA, from 1899 to 1902. In 1902, at the age of 18, when Lowell’s Pawtucketville Athletic Club of the brand-new New England Basketball League signed him to their team, Lew became the first African-American basketball player to play professionally. Due to the racial climate at the time, the team manager didn’t initially play Lew with the rest of the team. Even when a few injuries hit the team, the manager chose to play four Pawtucketville players against opposing five-person teams rather than put Lew in. When the team started losing, however, angry crowds demanded that Lew be put in to play.

“I can almost see the faces of those Marlborough players when I got into that game,” said Lew, who was seventy-four when the article was published. “Our Lowell team had been getting players from New York, New Jersey, Pennsylvania, and some of the local papers put the pressure on by demanding that they give this [Black] from around the corner a chance to play. Well, at first the team just ignored the publicity. But a series of injuries forced the manager to take me on for the Marlborough game. I made the sixth player that night and he said all I had to do was sit on the bench for my five bucks pay. There was no such thing as fouling out in those days so he figured he’d be safe all around.

It just so happens that one of the Lowell players got himself injured and had to leave the game. At first this manager refused to put me in. He let them play us five on four but the fans got real mad and almost started a riot, screaming to let me play. That did it. I went in there and you know… all those things you read about Jackie Robinson, the abuse, the name-calling, extra effort to put him down… they’re all true. I got the same treatment and even worse. Basketball was a rough game then. I took the bumps, the elbows in the gut, knees here and everything else that went with it. But I gave it right back. It was rough but worth it. Once they knew I could take it, I had it made. Some of those same boys who gave the hardest licks turned out to be among my best friends in the years that followed.”

Known for his defensive abilities, the 5’8″ guard went on to become one of the best defensive players in the league. Lew played in the New England League for three years. After the New England League disbanded, Lew formed and traveled with his own team, playing and coaching, for another 20 years. When the National Basketball Association was formed in 1949, “Bucky” Lew had paved the way for the Boston Celtics to be the first team to draft a black player (1950). The Celtics later went on to be the first NBA team to have an all-black starting line (1963) and a black head coach (1966).

“Bucky Lew was a man of courage and perseverance. He didn’t talk much about basketball,” his daughter told a reporter, “but sometimes, if things weren’t going so well for one of us, or if we were having difficult times, he’d talk about how things were for him back then. He used his athletic experience to teach us what life was about.”

Lew died in Springfield, Massachusetts, in 1963, at the age of 79. Though known as a trailblazer in the game of basketball, Lew has never been inducted into the sport’s Hall of Fame.

7 things you would have learned if you read ‘The Isis Papers’ by Dr. Frances Cress Welsing