Tom Feelings (May 19, 1933 – August 25, 2003) was a well-known artist, cartoonist, children’s book illustrator, author, teacher, and activist. From the dawn of the U.S. civil rights era, when he came of age as an artist, Feelings was passionately committed to the mission of encouraging black children to understand their own spiritual and physical beauty. Feelings remained faithful to that mission for more than 40 years. 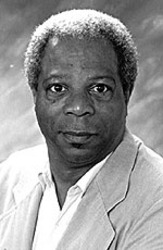 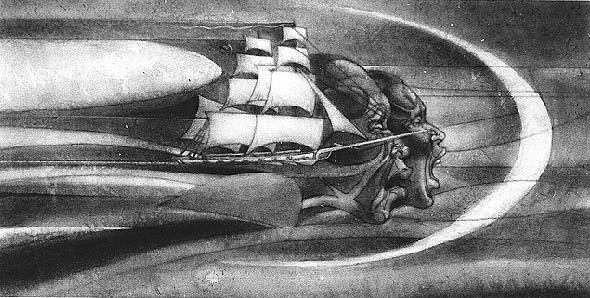 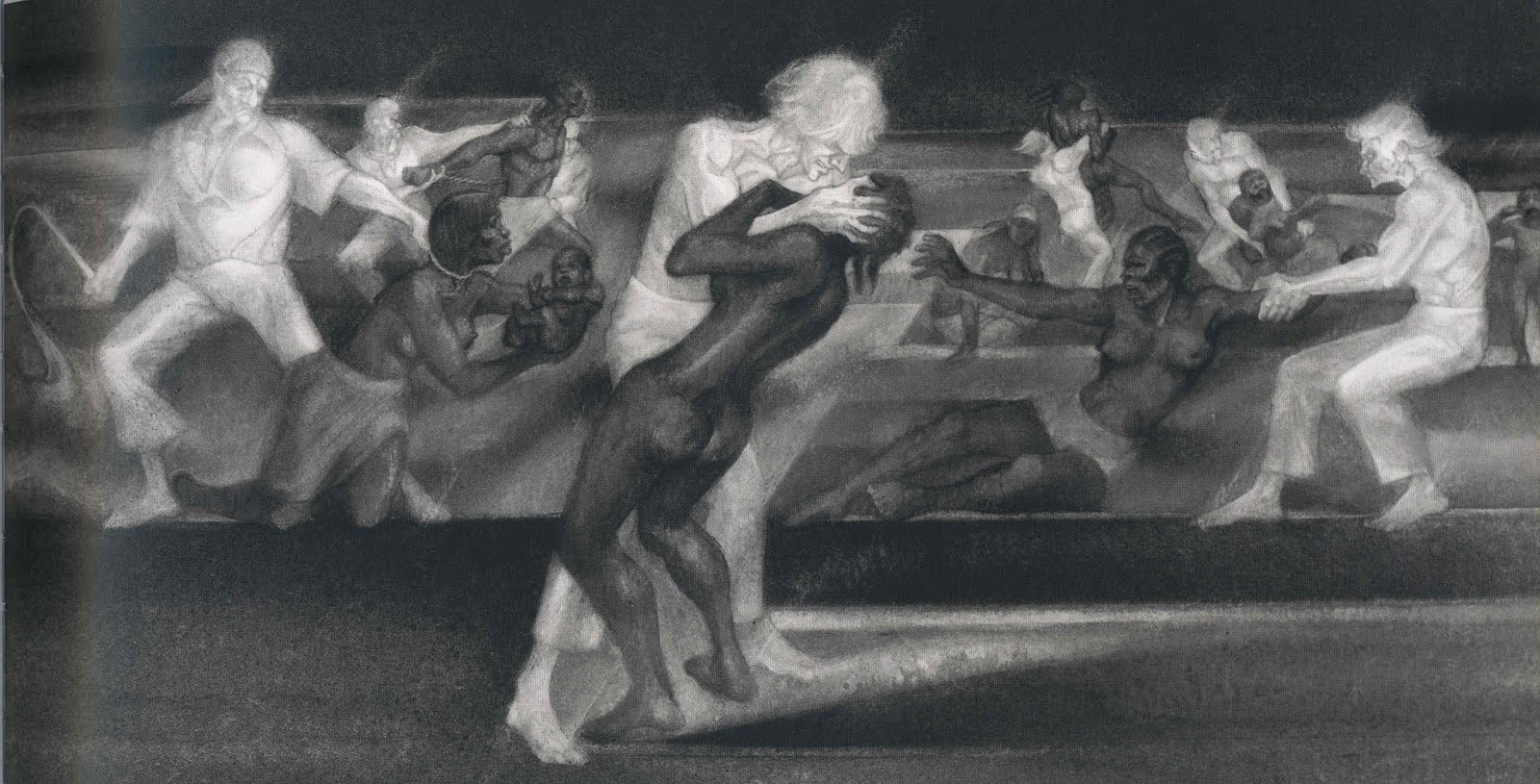 A native of Brooklyn, New York, Feelings began to draw at age four, copying pictures from newspaper comic strips into a book of blank pages sewn together by his mother. He was just a little older when he heard about Thipadeaux, a black artist who was teaching at the Police Athletic Academy in his neighborhood. Feelings showed some of his drawings to Thipadeaux. The teacher suggested that, rather than copying from other people’s work, he try to draw some of the real people in his neighborhood. Feelings began at home with oil paintings of his mother and his aunt and went on to draw the adults and the wary, diffident children he saw around him.

At first, learning to draw was difficult. Thipadeaux pushed Feelings to improve, often making him draw things over and over. Nevertheless, Feelings was anxious to improve and enjoyed being treated like a serious student. When he was about nine years old, his eagerness to learn was heightened even further by the magic world of the adult library. Faced with a school assignment involving black educator Booker T. Washington and George Washington Carver, a famed black inventor and scientist, Feelings was dazzled to discover that the achievements of African Americans had merited respect from Americans outside of his realm of experience. He was too young to understand the artistic importance of this discovery—that he was beginning to see his neighborhood with the eyes of the objective observer.
Feelings attended the school of Visual Arts for two years and then joined the Air Force in 1953, working in London as a staff artist for the Graphics Division of the Third Air Force. From 1959 until 1964 he worked as a freelance artist, his primary subjects drawn from the Black people of his community. 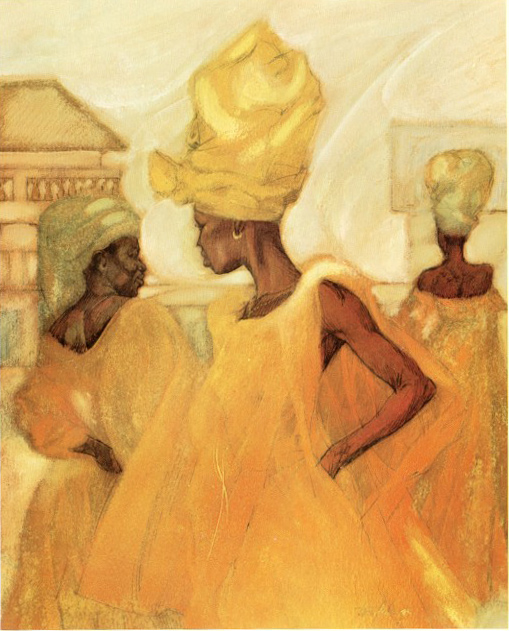 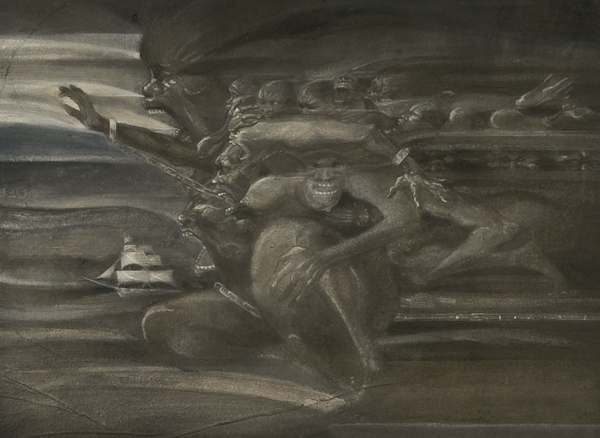 By 1961 Feelings finished art school with an extensive portfolio. He tried to obtain freelance assignments but was often told by editors that he was limiting his chances by concentrating solely on black subjects. Encouraged by the magazines Freedomways and The Liberator, both with wide black readerships, he continued to concentrate on African Americans and their lives. In 1962 his determination was rewarded by an assignment that would appear in Look magazine as part of a feature entitled “The Negro in the U.S.”

In 1964, Feelings traveled to Ghana, where he spent two years working for the Ghana government’s magazine, The African Review, teaching illustration, and serving as an art consultant for the government publishing house. In 1966, he returned to the United States to concentrate on illustrating books with African and African-American themes. To Be a Slave, written by Julius Lester and illustrated by Feelings, was chosen as the 1969 Newberry Honor Book, and was the first book of its kind to receive such an award. From 1971 – 1974. Feelings lived in Guyana, South America, working as a teacher and consultant for the Ministry of Education, and training young artists in textbook illustration.

Feelings received numerous awards for his illustrations. “Moja Means One,” a Swahili counting book, and “Jambo Means Hello,” a Swahili alphabet book, both written by Muriel Feelings, were chosen as Caldecott Honor Books in 1972 and 1974 and earned Brooklyn Arts Awards for Children citations from the Brooklyn Museum. “Jambo Means Hello” also won a Biennial of Illustrations award in Bratislava, Yugoslavia, The Horn Book Award from the Boston Globe in 1974, and a nomination for the American Book Award in 1982. “Something on My Mind” won the Coretta Scott King Award in 1978. The School of Visual Arts recognized him with its Outstanding Achievement Award in 1974. He has received eight Certificates of Merit from The Society of Illustrators, along with a National Endowment for the Arts Visual Artists Fellowship Grant in 1982. Feelings has been featured on numerous television programs.

As Feelings told Horn Book magazine in 1985, “Africa helped make my drawings more fluid and flowing; rhythmic lines started to appear in my work.” Some of this new movement appears in illustrations of robed Ghanian women that he painted for his 1972 autobiography Black Pilgrimage. Proud and graceful, they often seem to be on the point of swirling off the page. Another picture in the book shows the same state of mind. Against a forest background of gentle greens and beiges, women in Western dress with baskets on their heads actually seem to sway in unison along a path.

Ghana proved an idyllic setting for the developing artist. The entire experience was a spiritual odyssey for Feelings. He knew that Africa was the homeland of his people as well as the cradle of civilization before the European slave-traders had docked there. His closeness to such history strengthened the bond he had always felt. It brought home to him the most enduring lesson about himself that he was ever to share. Feelings explained in Black Pilgrimage: “I am an African, and I know now that black people, no matter in what part of the world they may live, are one African people.”

In 1974, Feelings returned to New York, spending his time lecturing, attending exhibits throughout the country, and working on a book entitled “The Middle Passage,” which depicts the journeys of enslaved persons from Africa to America.

Feelings illustrated 20 books in all. Two of them, ”Moja Means One” and ”Jambo Means Hello,” were named Caldecott Honor Books, a national award for illustrated children’s books. Jambo Means Hello also won the prestigious Bienale Illustrations Bratislava Award and received a nomination for the American Book Award in 1982. In 1987 he illustrated ”Now Sheba Sings the Song,” a collaboration with the writer Maya Angelou. Something On My Mind won the Coretta Scott King Award in 1978, and in 1994 he won his second Coretta Scott King Award for Soul Looks Back In Wonder. For Daydreamers, with poems by Eloise Greenfield, he received a Coretta Scott King Honor Award. Mr. Feelings also illustrated Now Sheba Sings The Song, written by Maya Angelou. The School of Visual Arts in New York recognized him with its Outstanding Achievement Award in 1974. He has received eight Certificates of Merit from the Society of Illustrators, and the National Endowment for the Arts awarded him a Visual Artists Fellowship Grant in 1982.

Feelings died aged 70 in 2003, in Mexico, where he had been receiving treatment for cancer.

“When I am asked what kind of work I do, my answer is that I am a storyteller, in picture form, who tries to reflect and interpret the lives and experiences of the people that gave me life. When I am asked who I am, I say, I am an African who was born in America. Both answers connect me specifically with my past and present … therefore I bring to my art a quality which is rooted in the culture of Africa … and expanded by the experience of being in America. I use the vehicle of ‘fine art’ and ‘illustration’ as a viable expression of form, yet striving always to do this from an African perspective, an African world view, and above all to tell the African story … this is my content. The struggle to create artwork as well as to live creatively under any conditions and survive (like my ancestors), embodies my particular heritage in America.”