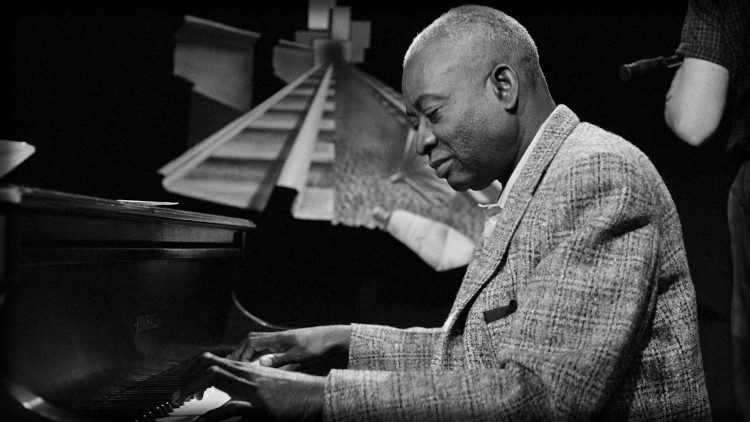 Thomas Andrew Dorsey was born in Villa Rica, Georgia on July 1, 1899, to Etta Plant Spencer and Thomas Madison Dorsey, an itinerant preacher and sharecropper. At eight he started writing his own music, and by 13, was playing piano in Atlanta, accompanying some of the famous jazz artists of the day.  In 1916, Dorsey moved to Chicago to study at the Chicago School of Composition and Arranging.  Although his beginnings were in the jazz and blues tradition, he was also influenced by the music he heard through his religious affiliations.  His first attempts to combine the two styles, which he called the “gospel song,” were met with resistance, however, because of their heavy blues influence.  “Several times I have been thrown out of some of the best churches,” Dorsey remembered in a 1980 interview.  “But they just didn’t understand.”

By 1931, Dorsey had formed one of the nation’s first gospel choirs at Chicago’s Pilgrim Baptist Church.  Upon the death of his wife and baby the following year, Dorsey wrote the famous, Precious Lord, Take My Hand.  Soon afterward, he discovered the young singer Mahalia Jackson and was her accompanist throughout the 1930s and 1940s.  He traveled widely throughout his life, teaching workshops and leading choruses while composing over 800 gospel pieces.  Reflecting back, Dorsey said, “Gospel is good music sent down from the Lord to save the people…There is no such thing as Black music, whyte music, red or blue music…It’s what everybody needs.”  For his many contributions, Thomas Dorsey has been called the Father of Gospel Music.