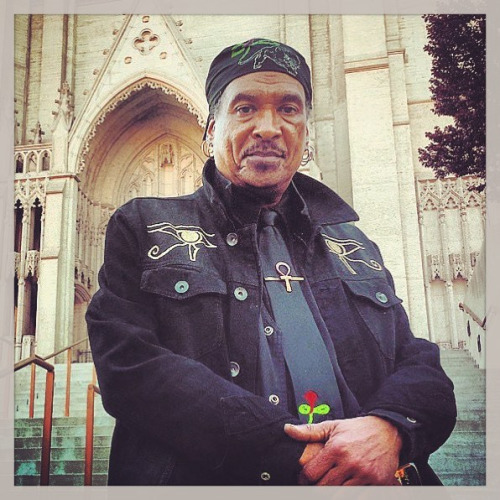 The community is calling forward information. When the student is ready the teacher will appear. All of these times, all of these people have been trying to get this out there: “You need to study this” “You need to study this”; but everything is in anointed time. Everything is in divine time. Everything has a season. You can’t push things before their time because the environment that is going to make that flower blossom is not there. The sunshine may not be there, the water may not be there or the minerals are not in the earth. So when these different concepts cross together it becomes a divine time.

It’s not how many books you read that’s important; it is the books that you read (that are important). My job has been, in my study guides and the work that I do, is to condense your efforts in trying to read all those books that you may find out that you never really needed to read. Also, to send you on a thematic approach toward understanding information but also learning how to study it.

So those children, the early days of the enslavement process, the children knew nothing but being enslaved. They did not remember the memories of Afrika. Yet it was in their DNA. That’s not to say there was not some older taken 17, 18, 19 possibly, but adults, you and I would not go. They would just kill us because they know we were going to start trouble on the boat. So our image is that they took grown men. So many of our children say to us, “Brother if we were that bad, how could they just do this to us?” But they didn’t know Bob Marley’s song Ambush in the Night. They ambushed us.

The Spanish speaking people have Santeria. The French speaking communities have Voudon. The Portuguese speaking have Candombe. The English speaking have Obeah and African-Americans have the Baptist Church…. The call and response is all Afrikan. Talking back, going back and forth.

But the key is because we have not studied the brain, we don’t understand the function of the brain; we have it in our DNA. It’s implanted in our DNA. You cannot do anything other than that in the DNA.

When we have people of Afrikan descent saying, “I don’t want to talk about no Afrika!” That’s because they are afraid. They know they are going to have to walk through that torture again. They don’t want to remember that. When you do counseling, and we’ve never had counseling; no one has ever walked us out of counseling; they never walked us back into humanity from being enslaved. Generation after generation, one thing after another just kept happening to us throughout the hemisphere.

I’m very much into numbers looking at the roles numbers play in the cosmic universe. I am a seven person. I’m also a nine person. Nine is my eternity number, but seven is my life number. Seven has always been attractive to me. This is a seven year – 2014.This is not just a seven year, this is a seven decade. In ten years, it’s going to be 2023 and that’s a seven year. These next ten years are the most formative years. If we could ask our ancestors what time did you anoint or appoint for the major changes to occur, they would say between 2014 and 2023.

Ahmed Baba: The Greatest African Scholar of the 16th Century

THE QUOTES WERE VERY ENLIGHTENING!