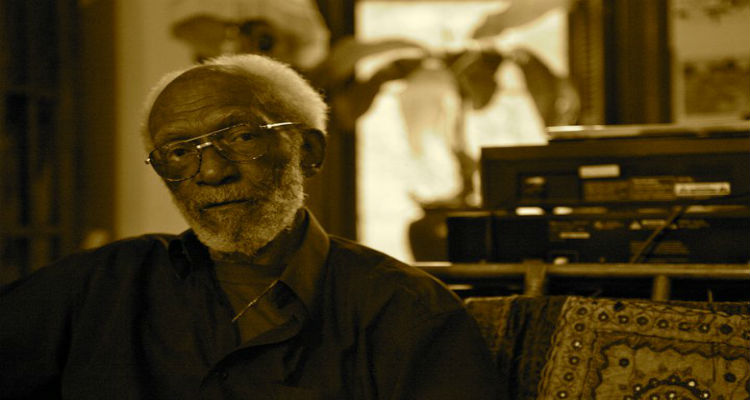 “A free
black mind
is a concealed
weapon!”

Samuel Greenlee, Jr.  was an African-American novelist, poet, screenwriter, journalist, teacher, and talk show host, best known for his novel The Spook Who Sat by the Door. The novel, seen as “a blueprint for revolution” was first published in London by Allison & Busby in March 1969 (having been rejected by dozens of mainstream publishers). It went on to be chosen as The Sunday Times Book of the Year and spawned a film of the same title. 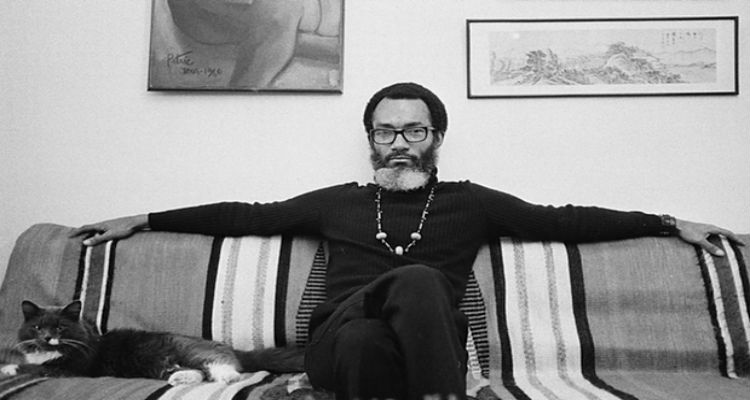 Greenlee was born in Chicago on July 13, 1930, a second-generation immigrant from the brutal segregation of the deep south. His mother Desoree Alexander was a singer and dancer in the chorus line of the Regal Theatre. His father, Samuel Greenlee, a railroad man and union activist, was of Native American descent (with a Seminole grandmother married to a Buffalo Soldier, an escapee from a slave plantation who fought in a “coloured” regiment at the end of the civil war). Greenlee was possibly the first Black infant born in St Luke’s hospital, Chicago, where his mother, fair enough to pass, was admitted to give birth. “Imagine the shock of the staff in the delivery room,” he wrote, “when a mocha-coloured infant emerged from between my mother’s ivory thighs. Perhaps the doctor gave me an extra hard slap on my ass and I’ve been mad at [whyte] folks ever since.”

Greenlee attended Chicago public schools, and at age fifteen, participated in his first sit-in and walked in his first picket line. In 1952, Greenlee received his B.S. in political science from the University of Wisconsin, Madison and the following year he attended law school. Deciding against a law career, he transferred to the University of Chicago, studying international relations from 1954 to 1957. He was a member of Kappa Alpha Psi fraternity.

Greenlee served in the military (1952-4), earning the rank of first lieutenant, and subsequently worked for the United States Information Agency, serving in Iraq, Pakistan, Indonesia, and Greece between 1957 and 1965. In 1958 he was awarded the Meritorious Service Medal for bravery during the Baghdad revolution. Leaving the United States foreign service after eight years, he stayed on in Greece. He undertook further study (1963-4) at the University of Thessaloniki, and lived for three years on the island of Mykonos, where he began to write his first novel, The Spook Who Sat by the Door. The prize-winning novel quickly became an underground favorite for its fictionalization of an urban-based war for African American liberation. In later decades he also lived in Spain and in Ghana, before eventually returning to his home city. An unpublished autobiography is entitled Sam’s Blues: Adventures of a Travelling Man. 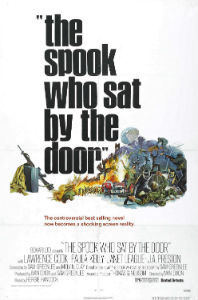 Greenlee co-wrote (with Mel Clay) the screenplay for the 1973 film The Spook Who Sat by the Door, which he also co-produced with director Ivan Dixon and with a score by Herbie Hancock. The film was released and reviewed in 1973, and was is considered “one of the more memorable and impassioned films that came out around the beginning of the notoriously polarizing blaxploitation era. However, something strange happened shortly after the film opened in US cinemas. The prints soon seemed to vanish (though for years the film survived only through bootleg copies until a negative was unearthed stored in a vault and the video was made available in 2004). Greenlee believed that cinema owners were visited by members of the FBI and pressed to pull the film from their screens.

Greenlee was named poet laureate of Chicago in 1990. Other works by Greenlee include Blues for an African Princess(1971); Ammunition!: Poetry and Other Raps (poetry, 1975); Baghdad Blues, a 1976 novel based on his experiences traveling in Iraq in the 1950s and witnessing the 1958 Iraqi revolution; and Be-Bop Man/Be-Bop Woman, 1968-1993: Poetry and Other Raps (1995). He also wrote short stories, plays (although he found no producer for any of them), and the screenplay for a film short called Lisa Trotter (2010), a story adapted from Aristophanes’ Lysistrata.

In 2011, an independent documentary entitled Infiltrating Hollywood: The Rise and Fall of the Spook Who Sat by the Door was filmed by Christine Acham and Clifford Ward, about the making and reception of the Spook film, in which Greenlee spoke out about the suppression of the film soon after its release. In a chance meeting with Aubrey Lewis (1935–2001), one of the first Black FBI agents to have been recruited in 1962 by the FBI, Greenlee was told that The Spook Who Sat by the Door was required reading at the FBI Academy in Quantico, Virginia.

Greenlee once stated: “I speak fluent Greek, Indonesian/Malay and enough Arabic, French and Italian to order a meal and argue with taxi drivers. At the risk of supporting cherished stereotypes, I run fast, sing, dance and have been told that I am good in bed. My chief literary influences are Charlie Parker, Lester Young, Miles Davis and Billie Holiday. As a writer I consider myself a jazz musician whose instrument is a typewriter. I do not consider myself a victim of racism because a victim submits. Nor am I appalled by European/American history because I regard it as fiction. Sing no blues for me because I sing my own and to a black man the blues are a freedom song.”